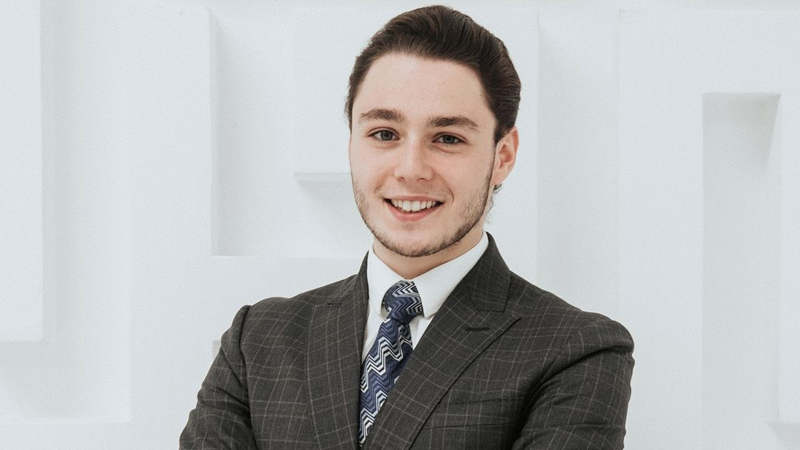 You wouldn't know that Alexander Fridman is the child of Russia's 11th-richest person. He rents a two-room flat on the outskirts of Moscow for $500 a month and uses the subway to get to work.

"I eat, live, sleep, dress in everything that I earned myself," said Fridman, 19, whose father, Mikhail Fridman, has a $13.7 billion fortune, according to the Bloomberg Billionaires Index.

The junior Fridman returned to Moscow last year after graduating from a high school near London. Five months ago, he started SF Development, a distributor with five employees and $405,000 of revenue. Another business distributes hookah products to Moscow restaurants. And then there's BloggerPass, an online marketing platform that's set to debut next month.

While he's striking out on his own without interference from his father, Alexander is certainly benefiting from his connections. SF Development distributes products to his father's retail shops, in addition to other clients. Fridman doesn't see it that way, saying managers won't put goods on the shelves just because he's the owner's son.

This privileged form of entrepreneurship still stands out in a country where business titans often employ their children to teach them the nuances of doing business in Russia. Olga Rashnikova, 42, the daughter of steel tycoon Victor Rashnikov is on the board of his Magnitogorsk Iron & Steel Works. Andrey A. Guryev, 37, is chief executive officer of Phosagro, a fertilizer maker founded by his father, Andrey G. Guryev.

Then there are those who already are transferring fortunes to their heirs. Last year, steel magnate Alexey Mordashov, 54, handed $1.7 billion of his holdings to sons Kirill and Nikita. Vladimir Evtushenkov, 71, gave a 5% stake in publicly traded Sistema PJSC to his son Felix. Billionaire Leonid Fedun, 63, turned over $1.4 billion of his holding in Lukoil PJSC to his children, Anton and Ekaterina.

Globally, the ultra-rich are preparing to embark on the largest wealth transfer in history. Russia stands out because the country's legal framework offers little support to those seeking to pass down fortunes. Instead, its business environment depends on informal agreements and guarantees.

"My father told me that in our country business and politics are deeply intertwined," said Alexander, adding that his dad always told him that he plans to transfer his wealth to charity. "I lived with the understanding that I wouldn't inherit any fortune."

Mikhail Fridman is one of founders of Alfa Group, which he started with two college classmates, German Khan and Alexey Kuzmichev, in the last days of communism.

Now the investment company owns stakes in Alfa Bank, Russia's fifth-largest lender, and X5, the country's biggest food retailer. In 2013, he co-founded LetterOne to invest the $14 billion his company reaped from the sale of their oil venture with BP to Kremlin-controlled Rosneft PJSC.

Fridman is also known as one of Russia's toughest businessmen.

"We run our business aggressively but fairly," Alexander Fridman said in response to a question about what lessons he's learned from his father. "My father also always said to me: 'I have partners in every project. If you want to earn, you should be able to share.'"

The younger Fridman was planning to attend New York University's Stern School of Business in September, but decided to take a gap year. Now he's considering whether to forgo NYU entirely to devote himself to his companies full time.