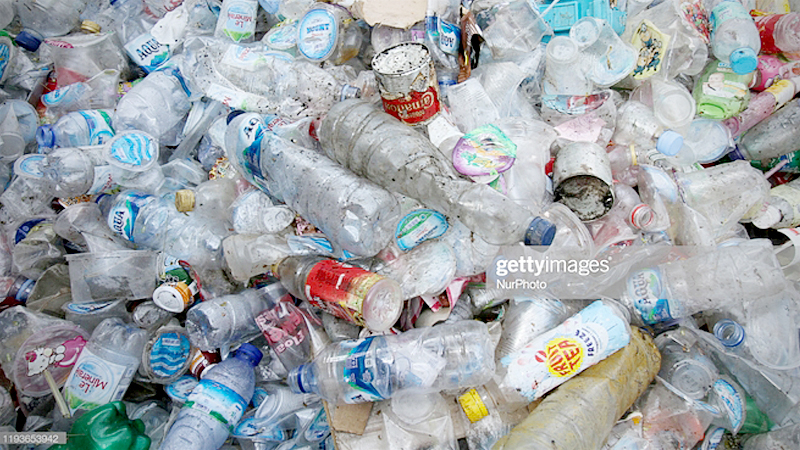 To help Southeast Asia address a growing problem with marine pollution from plastic waste, a Japanese research group is planning to launch a full-fledged investigation into the issue in April.

The Thailand-based study will use drones and other methods to examine the currents that carry waste and amounts of refuse to help formulate an action plan for reducing garbage.

The group plans to make policy proposals to the government of Thailand and other members of Asean.

The project is to be conducted under the auspices of the Japan International Cooperation Agency. One of the leaders of the research group is Kyushu University Prof Atsuhiko Isobe, an expert in marine physics who studies microplastics, a variety of plastic waste.

The group will work with researchers from Chulalongkorn University in Thailand. It held a preparatory meeting on January 29. The effort will be based in Sattahip on the Gulf of Thailand, and is expected to last for five years.

Isobe said he expected the study would use drones, as well as marine-survey vessels from the Southeast Asian Fisheries Development Centre, which is managed jointly by Japan and Asean member nations.

The group will make a detailed study of factors such as the origins of plastic waste, how it accumulates and how it drifts in the sea. The data will be used to determine matters that include the locations and times most efficient for removing plastic waste.

The group’s goal is to formulate an action plan for reducing plastic waste based on the results of its study, then establish this as a trash-reduction model first in Thailand and eventually in all Asean member states. The group has been conducting personnel exchanges with Indonesia and Vietnam.

“We can smoothly present proposals to each nation. We think of ourselves as being on the frontline of this problem worldwide,” Isobe said.

Southeast Asia is a major consumption area of disposable plastic. China was the largest importer of plastic waste in the world until it banned such imports in 2017, an action that ended up redirecting massive amounts of the refuse to Southeast Asia.

Plastic waste that cannot be processed sometimes ends up in the ocean, creating a serious problem for society.

Since last year, some Asean member states have been restricting imports of plastic waste or returning it to its country of origin.

Malaysian Energy, Science, Technology, Environment and Climate Change Minister Yeo Bee Yin held a press conference in January, announcing that the equivalent of 150 shipping containers of plastic waste that was illegally imported would be sent back to the countries of origin, a list that includes Japan.

In Thailand, more than 40 major retailers, including 7-Eleven, said they would no longer offer free plastic bags.

Efforts in Vietnam to encourage businesses to stop using the plastic products that become plastic waste are accelerating. As part of this, some stores are using banana leaves for packaging.

Waste products made from synthetic resin, primarily petroleum, including shopping bags, straws, drink bottles and other containers as well as fishing implements. This waste is difficult to process and some of it ends up in the ocean at an estimated rate of 8 million tons per year.