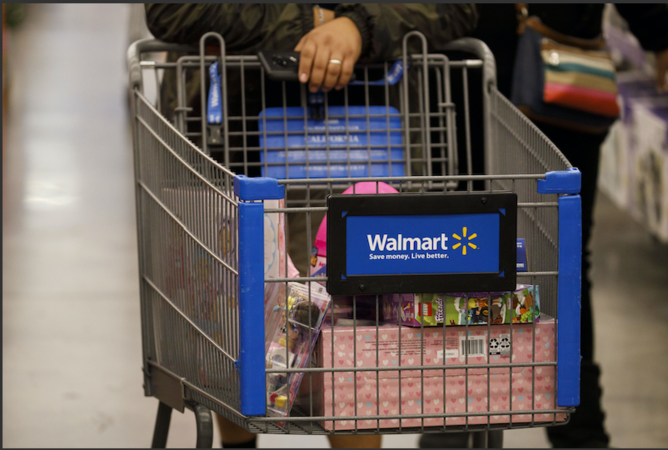 The coronavirus outbreak that is quickly spreading throughout the country is forcing major American companies to rethink how they approach paid sick leave. More than 30 million U.S. workers - many of them low-wage service employees at restaurants, stores and airports - lack access to sick pay, raising fears that the epidemic could escalate if symptomatic workers do not feel that they can afford to take time off.

Vice President Mike Pence on Monday hinted that the Trump administration may soon introduce an economic package that would provide paid sick leave to workers affected by the virus, though he did not specify what such a plan would look like or how it would be enforced.

In the meantime, companies such as Walmart, Uber and Apple are among those announcing new policies that they say are designed to keep employees and customers safe from the coronavirus. Here is a look at major employers that have so far adapted their leave policies.

Retail giant Walmart said Tuesday that it will not penalize workers who call in sick after an employee at a Kentucky store tested positive for the coronavirus. Employees who are diagnosed with covid-19 or placed in quarantine will receive up to two weeks of pay and will not be asked to dip into their paid leave during that time, the company said.

"If they're not able to return to work after that time, additional pay replacement may be provided for up to 26 weeks for both full-time and part-time hourly associates," Walmart said in a memo to its 1.5 million U.S. workers Tuesday. The retailer, based in Bentonville, Arkansas, is the country's largest employer.

The store in Cynthiana, Kentucky, where the worker tested positive, has been sanitized and remains open. The employee is receiving medical care and her condition is "improving," Walmart said.

The parent company of Olive Garden and Eddie V's said Monday that it would begin offering up to 40 hours of paid sick leave annually to all hourly employees, making it one of the only major restaurant chains to do so. Executives said they had been considering the benefit for a while, but sped up the timeline because of the growing threat of the coronavirus.

Workers at Darden's eight restaurant chains - which include LongHorn Steakhouse, Bahama Breeze and the Capital Grille - will accrue one hour of sick leave for every 30 hours they work. Current employees, the company said, will receive paid sick time for the hours they've worked over the past six months. The Orlando-based company has 180,000 employees.

"As we continue to make investments in our employees, we strengthen our greatest competitive edge - because when our team members win, our guests win," Gene Lee, Darden's chief executive, said in announcing the new policy.

Ride-hailing companies Uber and Lyft were among the first to announce coronavirus-related sick pay for affected drivers, who are technically independent contractors and have not previously qualified for paid leave or benefits. Uber this weekend said it will provide 14 days of sick pay for any drivers or delivery workers who are sick with the coronavirus or are required to be isolated, though it did not offer details on how it could calculate that pay.

"We are supporting drivers and delivery people who are diagnosed with COVID-19 or placed in quarantine by a public health authority," Andrew Macdonald, a senior vice president at Uber, said in a statement announcing the policy Saturday. "We believe this is the right thing to do."

Lyft, meanwhile, says it will "provide funds to drivers" who become ill with the virus or are put under quarantine, but did not elaborate. "This helps support drivers financially when they can't drive, while also protecting our riders' health," the company said on its website.

Apple this week said it will begin providing unlimited paid leave to hourly employees, including those at its retail stores, who become sick with cold or flu symptoms similar to covid-19. The company is also urging corporate employees to work from home, and said it has "increased cleaning protocols" at its stores.

A worker at Apple's European headquarters in Dublin tested positive for the coronavirus Tuesday. That employee has been quarantined, and some others have been asked to stay home, the company said.

App-based grocery delivery service Instacart said it would offer up to 14 days of paid leave for any employee or contractor diagnosed with covid-19 or under mandatory quarantine by public health authorities. The company has more than 200,000 shoppers around the country, the vast majority of them independent contractors, who do not qualify for other types of paid sick leave.

The company said it will also begin offering sick pay to its in-store shoppers - a small segment of its workforce that picks groceries but does not deliver them. Those workers, the company said, can earn one hour of sick pay for every 30 hours they work.

"To the best of our knowledge, no one in our community has contracted COVID-19, but we believe this is the right thing to do for our employees and shoppers," Instacart said in a blog post announcing the new policy.

An Instacart shopper in Portland, Oregon, told The Washington Post this week that she routinely works while sick - with the flu, pulled muscles, even after spells of vomiting - because she cannot afford to take a day off. She works up to 50 hours a week, but does not qualify for paid sick leave because she an independent contractor.