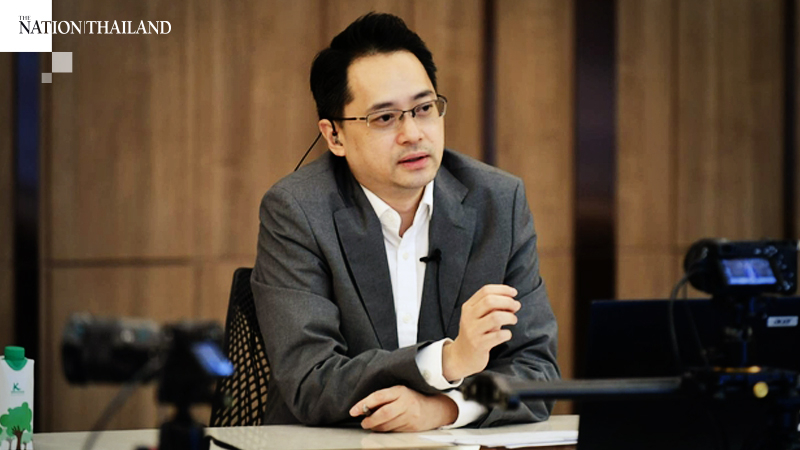 Demand for corporate bonds with high credit rating is set to rise as investors continue hunting for higher returns, an expert said, but warned that Covid-stricken industries and companies with a lower credit rating may find it difficult to roll over their own debt instruments or issue new debentures.

Kasikornbank (KBank), meanwhile, forecast that the debt market will remain volatile in the fallout of the pandemic. Over the first four months of 2020, the issuance of corporate bonds dropped 41 per cent, while newly issued debentures for the entire year are expected to be worth no more than Bt900 billion, versus over Bt1 trillion last year.

“Demand for bonds with sound rating scores for the rest of the year is set to recover, assuming there is no second wave of infections,” Thiti Tantikulanan, head of KBank’s Capital Markets Business Division, said on Monday (May 18).

Given that banks offer low interest, institutional investors and high-net worth individuals will continue searching for high yield, while bond issuers offering high returns will find it easy to win back investors, he said.

KBank is also expecting the Bank of Thailand to lower its policy rate by another 25 basis points from the current 1 per cent when it meets with the Monetary Policy Committee on Wednesday.

Thiti recounted that the pandemic has sent shockwaves through financial markets, with bond prices nosediving first and denting the net asset value (NAV) of mutual funds, which in turn derailed the confidence of unit holders, who then dumped their units in mid-March.

As a result, asset-management companies rushed to sell their debt instruments at any price in secondary markets to obtain cash for unit holders seeking to redeem their units. Then these companies cut the volume of their newly issued debentures in order to maintain their liquidity. Under these circumstances, market demand slumped.

In March alone, the NAV plunged a staggering Bt700 billion, while fixed-income funds recorded redemption of Bt45 billion. However, the pressure on mutual funds has eased of late and the market has steadily stabilised as regulators worldwide are implementing both fiscal and monetary policy measures to mitigate the fallout, he said.

Meanwhile, the volume of the issuance of new long-term corporate bonds dropped sharply over the first four months of 2020, or 41 per cent year on year, from Bt310 billion to Bt180 billion, due to many issuers holding off on issuing bonds pending market improvement.

Some businesses have also resorted to bank loans at a time when bond issuance is facing rising challenges, due to plummeting demand among institutional investors, especially asset management firms, which have adopted a more cautious stance.

As for individual investors, they are now focusing on bonds with sound credit scores, though their returns may be lower. Hence, bonds that are not rated or that have lower rating scores have not met their sales targets, even though the yields are quite high.

Recently investors’ concerns have eased somewhat thanks to governments and central banks worldwide launching measures to boost public confidence. Investors are returning to the markets, but only for quality assets.

As for bonds, those winning interest are those from well-known organisations as well as those that have high-credit scores, like the government’s special savings bond “Thailand Stays Strong” as well as the debentures of Berli Jucker Plc and Charoen Pokphand Foods Plc, of which KBank is an underwriter and which are scheduled for public offering from May to early June. These bonds are expected to be received warmly by investors, Thiti said.

However, though the overall situation has improved somewhat, the bond issuance costs have not dropped and are now standing at a “new normal” level that reflects rising risks. Such high costs are passed on to the credit spreads, which are 0.20 to 1.75 per cent higher than in the pre-Covid-19 period.

These increases in credit spreads are relative to the bonds’ series, terms, credit ratings and anticipated degree of impact on the economic downturn or the Covid-19 pandemic on the issuers’ respective industries, Thiti said.

This year, KBank expects about Bt900 billion worth of long-term debentures to be issued, versus more than Bt1 trillion worth issued in 2019. This is the first decline since 2015, chiefly due to the delay or cancellation of debenture issuers’ investment plans, which brought about a delay in fund mobilisation.

Concurrently, debenture issuers in some industries, namely tourism and property, may have seen lacklustre interest from investors.

Meanwhile, KBank aims to maintain its status as a top-ranked underwriter with the highest underwritten amount and a market share of about 20 per cent of all debentures offered for sale.

However, it will continue to closely monitor and assess the impact the Covid-19 outbreak has had on the overall economy, debenture issuers and the bond market.

As for risks, approximately Bt600 billion worth of long-term corporate debentures (not including the more than Bt100 billion of commercial bank debentures) will mature this year. These include Bt180 billion worth of debentures with a BBB+ rating or lower. Some companies may find it difficult to roll over these maturing debentures, while debenture issuers in Covid-19 stricken industries may face challenges in rolling over or issuing new debentures due to insufficient demand.

Either way, risk will likely increase. At this time, some debenture issuers have postponed their redemption date, though both KBank and the public sector have come up with measures to ease any impact on capital, maintaining financial market liquidity and financial system stability. Two of these measures are the Corporate Bond Stabilisation Fund (BSF) and the Mutual Fund Liquidity Facility (MFLF) introduced by the Bank of Thailand to reduce the pandemic’s impact on the economy.

The objective of the BSF is to provide affected bond issuers a temporary fund reserve as a last resort, which KBank believes has had a positive effect on market psychology. However, since its mechanism is relatively complicated, the number of corporate bond issuers that will ultimately seek assistance via this channel is expected to be limited.

Meanwhile, aid through the MFLF measure peaked in late April with an outstanding value of Bt56 billion, which recently dropped to Bt50 billion, suggesting a more relaxed state of liquidity.

In the near future, uncertainty rising from Covid-19 will remain a key variable that determines market direction, as well as bond yields, for the rest of the year. Once the spread of the virus begins showing signs of permanent containment, and the life returns to normal – especially if a cure or vaccine is found – the bond market is expected to see a turnaround as investors return to risky assets, he added.