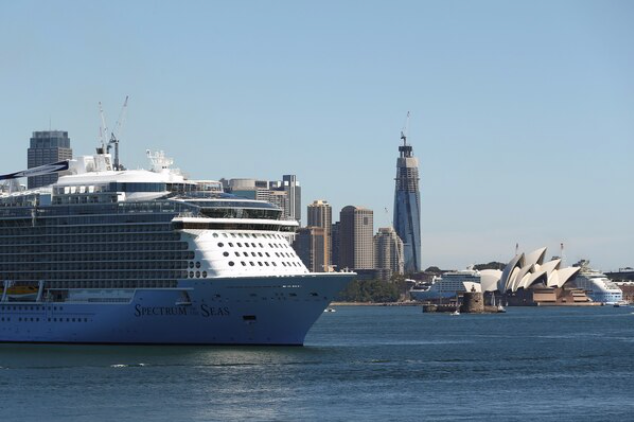 Royal Caribbean Cruises was in a quandary. The company needed to raise money while its ships were docked amid the Covid-19 pandemic, and the bond market was open if Royal Caribbean was willing to mortgage ships as collateral. Similar deals had worked for rivals like Viking Cruises and Norwegian Cruise Line Holdings.

Royal Caribbean had plenty of ships to offer. The problem? S&P Global Ratings had slashed its credit grade to junk, and the cruise company was expecting Moody's Investors Service to follow. With those downgrades came steep restrictions on how much of its assets could be pledged to bondholders. The firm knew it needed more than the $1.66 billion of secured debt it would be permitted to raise to get through the crisis.

Miami-based Royal Caribbean ultimately found a new structure that would let it sell more than $3 billion of debt linked to ships without running afoul of restrictions known as covenants embedded in its existing debt documents. It sold half of the debt as a traditional secured offering, and gave investors priority guarantees in the form of ship stock pledges for the rest.

"We felt this was a creative way to access liquidity," Chief Financial Officer Jason Liberty said in an interview with Bloomberg. "Investors knew we were securing with very strong assets, while we kept the flexibility to go back for more liquidity if we need to." The company plans to regain its investment-grade ratings as soon as it can, he added.

A representative for Morgan Stanley, which led the deal and devised the structure, declined to comment.

The Royal Caribbean offering highlights a challenge that an unprecedented number of so-called "fallen angels" may face as they seek funding as high-yield companies after losing investment-grade ratings. Some have especially strict covenants that can make selling secured debt difficult. A record 24 companies have lost high-grade status this year, according to S&P, and another 111 worldwide remain at risk of being junked.

"Investor appetite for the Royal Caribbean deal might encourage similar deals like this going forward," said Alexander Diaz-Matos, an analyst at credit research firm Covenant Review. "I think the lawyers are examining the documents now and seeing what they can do."

When Royal Caribbean began marketing its $3.32 billion offering last Wednesday, it said the deal was secured. But there was a catch laid out to investors as a footnote in deal documents: Only half of the bonds were actually backed by assets including 28 of the cruise liner's ships worth around $12 billion, according to people with knowledge of the matter who asked not to be named discussing a private transaction. If an investor purchased $10 million of the offering, they would effectively receive $5 million of secured bonds and $5 million of unsecured debt.

Few investors would be willing to take on unsecured bonds -- which are further back in line for repayment in a bankruptcy or restructuring scenario -- linked to an industry in crisis. Money managers have even turned up their noses at collateral they view as less than pristine. United Airlines Holdings Inc. yanked a bond offering earlier this month amid investor concern that the planes backing the debt were too old.

To create more investor protections, Royal Caribbean gave buyers priority guarantees in the form of stock pledges tied to the units that owned each ship. That effectively put investors second in line, behind themselves, to access remaining ship collateral if the company fell into even harder times.

If Royal Caribbean recoups its high-grade rating, all $3.32 billion of bonds will become secured in the traditional sense. But in the meantime, investors have what amounts to second-dibs on the ships, and the vessels aren't pledged to any other piece of debt.

The gambit paid off for Royal Caribbean: Investors put in enough orders for the bonds to let the firm trim the coupon it offered to pay on its three-year debt, and it's using proceeds from the offering to repay a short-term loan and keep additional cash on hand.

The new debt did come at a price. The three-year bond priced to yield 11.7%, and its five-year bond an even steeper 12.3%. But the firm would likely pay far more to sell unsecured bonds, if it could find buyers at all. One 5.25% unsecured bond the company sold in 2012 now yields more than 20%.

If the coronavirus travel halt continues longer than expected, Royal Caribbean could try to tap the capital markets again for cash, according to the people. Under terms of its debt agreements, the company can raise as much as $3 billion between convertible debt and also bonds using a similar deal structure, one of the people said.

Royal Caribbean is burning through $250 million to $275 million of cash per month but has sufficient liquidity to last at least 12 months, according to preliminary earnings released last week.