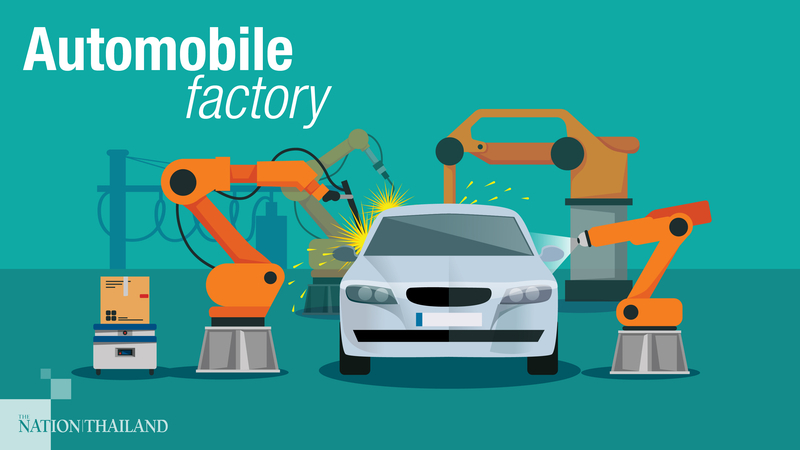 The number of vehicles produced for export had dropped 81.76 per cent, while the number produced for domestic consumption was down 85.35 per cent.

“The production in April dropped to the lowest since 1990, when Thailand only used to manufacture 304,000 automobiles a year,” he said.

Meanwhile, he said, the domestic sale of cars so far this year was 30,109, down 65.02 per cent year on year due to the drop in people’s purchasing power, while the export of automobiles was 20,326, down 69.71 year on year owing to the economic slowdown.

“The value of automobile exports dropped by 65.15 per cent to Bt12.389 billion,” he said, adding that the FTI has cut its production target for the automotive industry from 2 million to just 1 million.

“We are not really sure if the new target will be achieved because nobody has been visiting car showrooms even though the Covid-19 situation has improved,” he said.

“We also have to monitor the state of affairs to see if there will be a second wave of infections. If this condition lasts longer than expected, we will have to evaluate things again.”

“The index dropped to the lowest since April 2009 due to uncertainty following the Covid-19 outbreak, the government’s lockdown measures and drought,” he said.

“Some businesses, especially small and medium enterprises, have had to slow down their production and investment, as well as lay off employees due to liquidity shortages.”

According to the survey, 69.5 per cent of businesses are concerned about the state of the global economy, especially since the Covid-19 pandemic has caused a drop in purchase orders from overseas.

“Hence, we expect the industrial confidence index in the next three months to drop to 88.8, the lowest since May 2009,” he said.

He added that the government will consider the option of solving loan issues to help businesses, while the Bank of Thailand’s Monetary Policy Committee on Wednesday (May 20) cut the key interest rate to 0.5 per cent from 0.75 per cent in a move to help the economy recover.