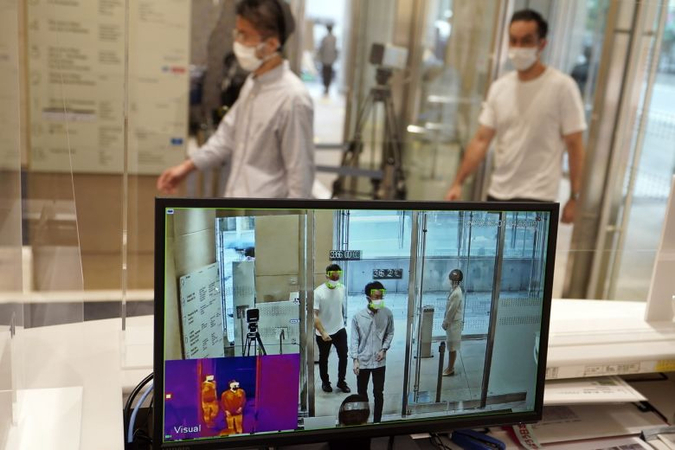 FEARS OF A SECOND WAVE

After recording no new Covid-19 cases from April 30 to May 22, the city of Kitakyushu in Fukuoka saw 119 cases in the past 11 days, putting it on the front line of Japan's second wave of infections.

Among them are 11 students from four elementary and junior high schools, prompting school closures again and the shutdown of public facilities such as art galleries that were allowed to reopen on May 18.

Over in Tokyo, 34 new cases were recorded yesterday - the first time since May 14 that the daily number of infections has risen above 30.

This marked a threefold increase from the 13 recorded on Monday, prompting Tokyo Governor Yuriko Koike to issue a "Tokyo alert" yesterday that could lead to renewed advisories for businesses to close and people to avoid non-essential outings.

This comes after the state of emergency was lifted in Fukuoka on May 14, and in Tokyo on May 25. "Small surges in cases had already been anticipated," Dr Shigeru Omi, the deputy head of the government expert panel on Covid-19 response, told a news briefing. "The nature of this virus at this point in time is that it is impossible to reduce the level of transmission to zero."

Unlike on April 7, when the emergency was first issued, Dr Omi said Japan's medical infrastructure is now more robust to withstand the rise in case numbers. On this basis, there is no imminent state of emergency, he said, adding: "The bottom line is that we must quickly move to respond to the situation and to avoid the further spread of the disease by identifying the chains of transmission."

But for all of Japan's best efforts, about one in three cases in Kitakyushu's second wave has no known transmission links. Clusters have also occurred at two hospitals and one elderly home.

In Tokyo, 12 of the 34 new cases yesterday remained untraced.

Since May 26, Tokyo has recorded 124 new cases, of which one in four was an employee or customer at an entertainment district.

The governor said the "Tokyo alert" was aimed at building awareness among residents of how widely infections are spreading in the capital. "It doesn't mean we are (immediately) changing our plans to reopen social and economic activities, but we want to reiterate our request that people refrain from night-time activities."

But it remains to be seen if her warning will fall on deaf ears, with many having embraced their newfound freedoms. Tokyo on Monday began phase two of its three-part plan to reopen businesses.

In the first phase, museums, libraries and schools were allowed to open, while the second phase lifted shutdown requests for cinemas, gyms and department stores. Crowds have returned to pre-emergency levels, with footfall in Ginza and Shibuya up 4 per cent and 6.7 per cent, respectively, compared with just before the decree was issued in April.