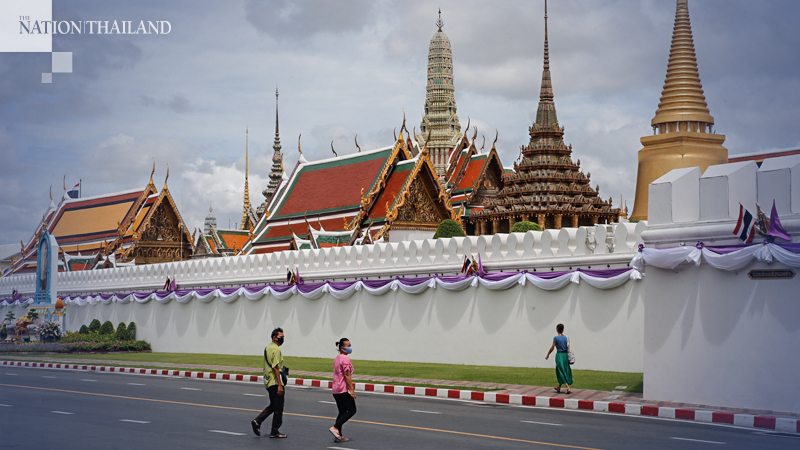 Though Thailand is gradually preparing to reopen its doors to international flights, the state of emergency may not be lifted by the end of this month, senior officials said on Monday (June 8).

Chula Sukmanop, director general of the Civil Aviation Authority of Thailand, said the authorities will meet with local airlines next week to find out if they are ready to resume international services.

“At the moment, we haven’t yet decided whether we will extend the ban on incoming passenger flights as we are waiting for instructions from the government’s Centre for Covid-19 Situation Administration [CCSA],” he said, referring to the flight ban order which is due to expire at the end of this month.

“We also have to see if other countries will open their skies. Things will become much clearer in the next week or two,” he said.

Many European countries have lifted the ban on flights within Europe, while many other countries plan to reopen their international flights on July 1.

An informed source said Thailand may start reopening its skies to countries that have been successful in controlling the spread of Covid-19, or may only allow some groups, such as businesspersons, to fly in.

Meanwhile, Deputy PM Wissanu Krea-ngam said the government’s decision on whether it lifts or extends the state of emergency depends largely on the number of new infections in the country. He said the current situation is acceptable and the government may further ease restrictions in the fourth phase.

“However, my biggest concern is that schools will reopen on July 1, the state of emergency is scheduled to expire on the same day and international flights will resume bringing foreigners into the country. We have to take all these factors into account when considering the easing of more restrictions,” he said.

He added that in case the government decides to extend the state of emergency, it may allow large gatherings of people.

Putting the country under a state of emergency allows the government to respond quickly, but under the Communicable Disease Act, the public health minister cannot mobilise police or military personnel to enforce the law, he said in reference to proposals to replace the state of emergency with the law.

Civil groups, meanwhile, have been accusing the government of using the state of emergency to silence the voice of political activists and people.

Wissanu, however, said if the Communicable Disease Act was used, it would not be clear how to control interprovincial travel, because this comes under the jurisdiction of governors.

One perfect example of the difference between the state of emergency and authority under the Communicable Disease Act is that the government can close all pubs right away in case there is a second wave of infections, but under the law’s regulations, the authorities can only close individual pubs, he said.

Thailand plans to launch the fourth phase of easing lockdowns next week now that there have been no new Covid-19 infections in the country over the past two weeks, with the exception of infections among Thais who have been repatriated from overseas and put under state quarantine. Though foreigners holding residence or work permits were allowed recently to register for their return, the flight ban imposed in early April remains in place until June 30.