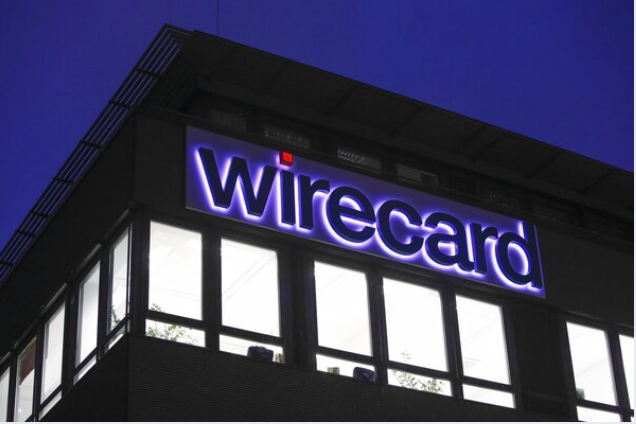 Wirecard headquarters in Munich on Feb. 12, 2019. MUST CREDIT: Bloomberg photo by Michaela Handrek-Rehle

Concerns over the missing money have prompted a collapse in Wirecard shares and the resignation of CEO Markus Braun, who was replaced by James Freis, who will serve on an interim basis. In an indication of the company's worsening outlook, Moody's Investors Service said on Friday it cut Wirecard's credit ratings six levels, putting it one step from the lowest tier of junk.

"There is a prevailing likelihood that the bank trust account balances in the amount of 1.9 billion euros do not exist," the company said in a statement early Monday. It withdrew results for fiscal 2019 and preliminary results for the first quarter of 2020. The firm had repeatedly delayed filing its statements.

Wirecard said it was continuing to investigate the matter and could not exclude potential effects on the financial accounts of previous years.

The company said it was in "constructive discussions" with its lending banks, including the extension of lines coming due at the end of June. It is working with investment bank Houlihan Lokey on a sustainable financing strategy. Also under consideration are cost reductions, a restructuring, and disposal or termination of business units and product segments, according to the statement.

Wirecard's lenders are demanding more clarity from the company in return for the extension of almost $2 billion in financing after it breached terms on the loan, people familiar with the matter said earlier. At least 15 commercial lenders, including Commerzbank and ABN Amro, are in hectic negotiations about the steps to take, they said.

The deepening mystery over the lost money last week centered on two Philippine lenders after Wirecard said a couple of unnamed Asian banks had been unable to find accounts with the cash.

Both the Bank of the Philippine Islands and BDO Unibank said that Wirecard wasn't a client and that they hadn't seen the money.

A document purporting to show a link between Wirecard and BPI was "bogus" and may be part of an attempted fraud, the bank's President Cezar Consing said Friday. BDO Unibank CEO Nestor Tan said it was a matter of "document fraud which was subsequently clarified by the bank as spurious."