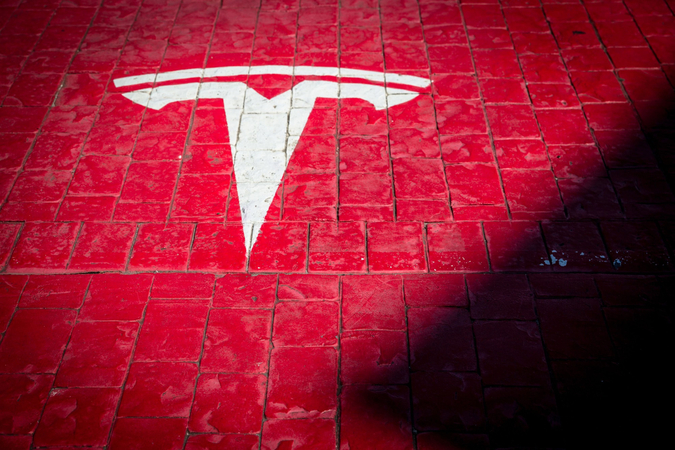 SAN FRANCISCO - When he defiantly reopened the company's Fremont plant against county orders last month, Elon Musk promised Tesla employees they could stay home if they felt uneasy. They would not be penalized.

If "you feel uncomfortable coming back to work at this time, please do not feel obligated to do so," he wrote in an email sent to the company's factory workers in early May that was viewed by The Washington Post.

Nonetheless, two Tesla workers say they received termination notices alleging a "failure to return to work" after they opted to take unpaid leave to protect themselves and their family members when the factory restarted production the second week of May.

The workers, Carlos Gabriel and Jessica Naro, said they both received the notices last week from Tesla's human resources department citing their apparent failure to show up and the company's inability to reach them. The workers provided evidence of their continuing correspondence with managers. They believe they received the notifications for speaking up about their concerns with working conditions at the plant.

Since they received the notices last week, both Gabriel and Naro said they have received calls from HR representatives. Naro was told she could come back, though she was prompted to offer a date of return.

Their concerns about safety are shared by a half-dozen workers who spoke with The Post, some on the condition of anonymity for fear of losing their jobs. They said that Tesla is failing to follow social distancing guidelines, with lax enforcement of rules concerning masks and sanitation of machinery. They also complain of little transparency by the company about new cases of infection, as well as its response.

Employees are "hovering over each other," said one worker. Some workers disappear for two weeks and their peers are told they're "sick," without further explanation, said another worker. Supervisors cite health privacy law in not disclosing particular cases, but workers say Tesla hasn't even described broadly how widespread the novel coronavirus is at the plant.

Already, workers at Tesla's seat plant down the road from its main factory were told of two confirmed cases among workers on the morning and evening shifts, with at least three others exposed to the coronavirus.

Branton Phillips, who works on Tesla's Model S sedan and Model X SUV lines, said he embarks on a daily ritual on returning from the plant: spraying down equipment and removing and bagging his clothes. He showers before saying hi to his wife, Shirley, who has diabetes and heart ailments. Phillips said he takes the risk into account but also needs to work to keep a steady paycheck.

He compared the lack of mask use at work to the push and pull of wearing them in areas across the country. "You're reflecting what's outside in the world inside the plant," he added.

Tesla's standoff, first with public health officials, then with its own workers, has become one of the most dramatic corporate battles taking place over response to the global coronavirus pandemic. Musk and the company have argued that the work is essential, something the county disputed. Some workers say that the company's opaque approach is endangering their lives to build cars.

Companies around the world are struggling to balance measures to limit the spread of the virus with the need to reopen. Amazon, for example, has kept its warehouses running as essential for supply, but dozens of cases have been reported there. (Amazon founder and chief executive Jeff Bezos owns The Washington Post.) Grocery stores, too, have seen a spread of cases.

Tesla and Alameda County, home to Tesla's Fremont factory, have so far declined to say how many cases have been reported at the plant, which employs about 10,000.

Meanwhile, cases of the novel coronavirus are spiking in California. Alameda County, in particular, has been hard-hit, recording some of the highest case numbers among California counties - with more than 5,000 total by this week.

Tesla did not respond to a request for comment. Alameda County spokeswoman Neetu Balram said officials there were reviewing their policies to determine what type of outbreak-related information concerning Tesla could be released, given the public interest in the subject.

"Tesla is reporting their cases among employees directly to [the Alameda County Public Health Department] as required by their Site Specific Plan, which is also a requirement for all businesses that are reopening," she said.

Though Tesla's CEO has garnered a reputation for outspokenness on social media, the maker of electric cars is among the most secretive companies in Silicon Valley. Employees, like the broader public, are left to learn of Musk's mind-set through his sporadic 280-character posts on Twitter.

Initially, he dismissed the coronavirus panic as "dumb" in early March.

Shortly after, Alameda County enacted a sweeping stay-at-home order in mid-March, joining other Bay Area counties that were among the first in the country to take drastic measures aimed at curbing the spread of the coronavirus and covid-19, the illness it causes. Musk told employees in an email at the time that the factory would remain open and that he would personally report to work, but that they could stay home if they felt uncomfortable or ill.

Ultimately, city and county officials intervened, and Tesla agreed to wind down to the "minimum basic operations" allowed under the rules. But that wasn't the end of the battle.

In late April, Musk went on an erratic tweetstorm that culminated in his writing "FREE AMERICA NOW" in response to widespread stay-at-home orders. He launched into an expletive-laden rant on the company's earnings call the next day, labeling quarantine measures "fascist" and demanding that politicians return people's "freedom." Musk defiantly reopened the factory in early May, winning President Donald Trump's support as he bucked the county's orders once more.

Ultimately, county officials backed down and agreed to allow Tesla to fully reopen May 18.

The Post reported earlier in June that workers at the factory's seat assembly plant were told multiple colleagues had tested positive for the novel coronavirus - and Alameda County officials confirmed Tesla had reported coronavirus cases in Fremont. Laurie Shelby, Tesla's vice president for environment, health and safety, told workers in an email that there had been no workplace transmissions of the illness, though it was unknown how the exact origin of each of the cases would have been determined.

Jane McAlevey, a union organizer who serves as senior policy fellow at the University of California at Berkeley's Center for Labor Research and Education, said Musk's treatment of his workforce was typical of tech companies in Silicon Valley.

"He is causing untold problems for his workers," she said. "He has stressed them out - there's a huge history there before the covid crisis of health and safety violations. They're saddled by the kind of promises and rushed production that get people hurt, and now he's doing it again during a pandemic."

Since learning of the cases, some workers say they've been beset by fear of coming down with covid-19. It's a matter of particular concern on the vehicle production lines, where multiple workers touch components and share machinery. Some pool into an outdoor tent where they assemble cars.

At some meetings, workers stand three feet apart instead of six feet, one worker said. They rely on masks to keep them safe, the worker said, wearing them for up to 12 hours. Workers periodically sanitize equipment, particularly after breaks, but there's little enforcement and "we hardly do that," the worker said.

"It's all a big aggravation," said plant employee Phillips. "At the same time it's hot and sweaty inside there, we're working 11-hour days and we're stressed out. It's making for real - sometimes very - tense situations inside."

These concerns have prompted some workers to stay home, comforted by Tesla's promises that they could keep their job without pay in the interim. Ultimately, Gabriel and Naro, who were told they were being fired last week, believe Tesla's actions were retaliation for their appearance this month at a news conference where they spoke about conditions at the plant and their fear of returning to work. The San Jose Mercury News previously reported on Gabriel's termination notice.

"Carlos, there is no need to feel that you are going to lose your job," wrote Vince Woodard, Tesla's acting human resources director, in a May email to Gabriel viewed by The Post. "If at this time you do not feel comfortable returning to work, you can stay home without penalty and take the time unpaid."

A day after the June 15 news conference, however, Gabriel and Naro received emails from the company's human resources department titled "Failure to Return to Work." The company's HR department informed them they would be let go. But they also could dispute the matter and be brought back on - but with the implication that they would have to return to work.

Naro and Gabriel said they both responded to the email. Naro was able to secure her job. Gabriel, who declined to speak with the human resources representative unless the call could be recorded or the conversation could be moved to email, said Tesla has lost his trust. He hasn't heard back. He is convinced he has lost his position on the powertrain floor, where he installs battery packs on the Model S and X vehicles, because he cannot risk going back with the conditions he's learned about.

Naro, who has opted not to return because her 6-year-old son was hospitalized with a respiratory illness this year, said that with distancing requirements only loosely followed, it is unthinkable for her to work in the resulting conditions: hours-long shifts with shared machinery, in close quarters with others. She said she took Musk at his word in early May but thinks her job was threatened because she did so and then spoke out.