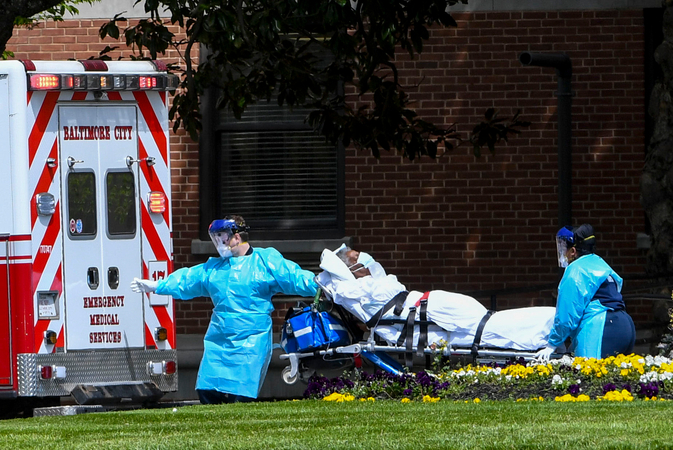 WASHINGTON - New treatment options for covid-19 could arrive months before even the most optimistic timeline for a vaccine, senior Trump administration officials said at a briefing Monday. But limited supply could outstrip demand if the pandemic continues to rage, creating a national tug-of-war over limited doses.

"Vaccines are the permanent hope for controlling this outbreak, but even with success, some people may not respond to vaccines and some may not get vaccinated, so we are always going to need therapeutics," said Janet Woodcock, who is leading the therapeutics effort under "Operation Warp Speed" and is a senior adviser to the Food and Drug Administration commissioner. Warp Speed is a federal government initiative to speed up the development of countermeasures against the coronavirus.

Unlike vaccines, Woodcock said, therapeutics have to be developed against multiple facets of the infection, including antiviral treatments.

Woodcock urged Americans who have recently recovered from the coronavirus to donate blood plasma, rich with virus-fighting antibodies, to help other patients.

"We need donors. There are blood drives ongoing, and the U.S. government will be trying to accelerate these drives for convalescent plasma," Woodcock said. "We need to get the word out nationally, this is something people can do. I think people feel very helpless in the face of this - and this is something everyone can contribute who has been infected."

Although it is not yet clear whether the plasma transfusions are effective, they have been shown to be safe in large numbers of patients and evidence suggests they may help, particularly if given to hospitalized patients early in the disease. Convalescent plasma has been viewed as a bridge to the development of pharmaceutical treatments and vaccines, but there is a relatively narrow window for donation, six to eight weeks after illness, which limits the ability to make it widely available.

Woodcock also emphasized the prospects for monoclonal antibodies, biotechnology drugs that can block the coronavirus and that are moving into large-scale trials this summer, in hopes of learning whether they are effective by fall. Monoclonal antibodies can be used as a treatment or a preventive measure that may be of particular utility in groups of people who don't respond as well to vaccines, such as older people.

Last week, the federal government's Biomedical Advanced Research and Development Authority announced a $450 million investment to scale up production of experimental monoclonal antibody drugs being developed by Regeneron Pharmaceuticals, a New York company. That will help the company produce 70,000 to 300,000 doses of treatment, depending on what final dose is shown to be effective.

At least 50 monoclonal antibody drugs are in development, Woodcock said. But with the United States reporting more than 50,000 new coronavirus cases a day, the demand for treatments could quickly outstrip the supply.

"Obviously, we are trying to get as many doses available as possible, for as many people," Woodcock said. "This requires, of course, scale-up of manufacturing, and even worldwide, there's a limited number of facilities that can do biotech fermentation at the scale necessary."