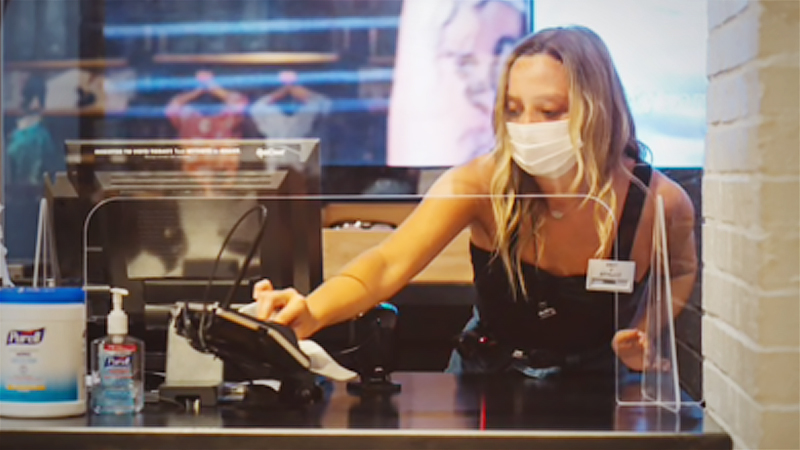 Retail sales rose 7.5% in June as shoppers returned to stores and restaurants, indicating the economy was bouncing back before fresh coronavirus outbreaks forced some states to roll back reopenings.

Clothing, auto and furniture sales helped fuel more than $524 billion in spending, which puts June retail sales about 1.1% higher than a year ago, according to data released Thursday from the U.S. Commerce Department. Spending in restaurants and bars jumped 20% from the previous month, while gasoline sales soared 20%percent as travel and social activity picked up. Non-store sales, including online shopping, slowed 2.4% but is 23% higher year over year.

"We are cautiously optimistic that this trend will continue, but recent surges in coronavirus infections in hotspots across the country and the expiration of government stimulus programs could put a damper on the recovery in the overall retail sector in the coming months," Moody's Vice President Mickey Chadha said in comments emailed to The Washington Post.

May saw a record 17.7% surge in retail sales, a surprise rebound after Americans sharply pulled back on discretionary spending the preceding two months due to the pandemic shutdowns and surging job losses. Retail sales fell 8.3% in March, and 14.7% in April, which is a revised figure.

The June retail sales stood in sharp contrast to weekly jobless claims data, which showed that 1.3 million Americans filed for unemployment benefits last week, the 17th week in a row in which claims exceeded 1 million. Although some Americans have gotten back to work as states have reopened, nearly 15 million Americans who lost their jobs in March and April haven't been rehired, which is as many people out of work as during the worst of the Great Recession.

The economic data come as Congress debates whether to extend additional federal jobless benefits, currently $600 a week, that have helped many struggling workers stay afloat. That program is set to expire at the end of July.

"Retail purchases are up at the shops and malls across America but consumer spending can't keep climbing for long when it is held back by the heavy weight of 32 million jobless workers," Chris Rupkey, chief financial economist with MUFG Union Bank, wrote in comments emailed to The Washington Post.

China, which has seen months of strong economic recovery since it relaxed lockdown restrictions, reported its fifth straight month of declining retail sales on Wednesday, a potential foreshadowing of economic struggles ahead even once the pandemic is under control. The worrisome data sparked the steepest sell-off in Chinese stock markets since February.

Retailers are still adjusting their business operations as states and localities puzzle out standards for reopening, including social distancing and mask requirements. On Wednesday, Walmart announced it would require all shoppers to use face coverings, joining Best Buy, Apple and Costco. The nation's biggest retailer also said it would station "health ambassadors" at the entryways of its 5,300 Walmart and Sam's Club locations to help with enforcement.

The mask policies come as covid cases are surging, fueling fears of a return to the shutdowns that have devastated retailers. On July 1, after the United States topped 50,000 new cases in one day, the nation's top infectious-disease expert warned the nation could expect to see 100,000 new cases a day "if this does not turn around." On Wednesday, the daily count hit 65,852.

The patchwork approach to masks and the political tempest surrounding them has left retail workers vulnerable as they try to enforce in-store mask policies. In recent weeks, retail workers have been berated and even assaulted by aggressive shoppers.