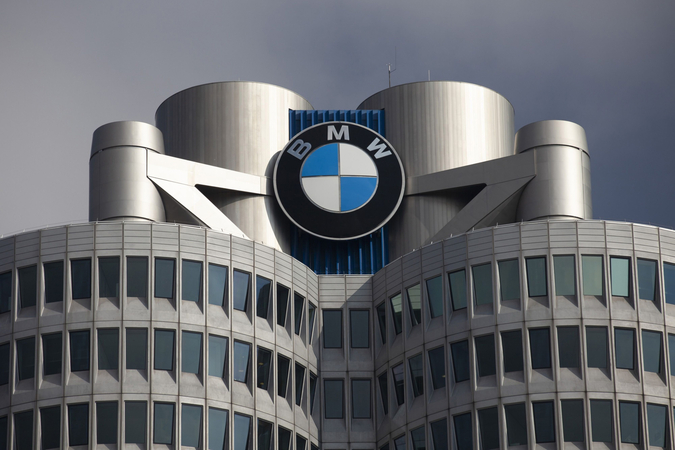 BMW will make electric versions of its popular 5 Series mid-sized sedan and X1 compact SUV, part of a widened push to slash carbon emissions while wrestling with the fallout from the covid-19 pandemic.

The German automaker said Monday it is seeking to reduce CO2 output per car by at least a third by 2030, and track progress via raw material sourcing, production and road emissions.

"We will report on our progress every year and measure ourselves against these targets," Chief Executive Officer Oliver Zipse said. Achieving them will "tangibly" affect the flexible component of executive pay, he said.

Automakers have been under heightened scrutiny after regulators in key markets including Europe and China tightened emissions rules, forcing manufacturers to strike a balance in their fleets between combustion-engine cars that generate most profits and a greater share of battery-powered models.

Sustainability efforts have been gaining importance as projects related to environmental social governance, or ESG, increasingly influence investment decisions. This poses a challenge to technology giants and industrial manufacturers that consume enormous amounts of energy to power everything from computing centers to vehicle factories.

BMW declined to specify when the electric 5 Series and X1 will be available. They would join a lineup of two existing and three upcoming battery-powered cars by the end of next year.

BMW intends to offer 25 electric and hybrid models by 2023, half of which will be fully electric, as part of an accelerated push into the technology to catch up with Tesla.

Zipse said BMW will "overachieve" meeting stricter emissions limits that are taking effect in Europe this year, offering a more optimistic outlook than Daimler's Mercedes-Benz, which has warned that reaching the goals will be challenging this year and next.

BMW wants a third of its cars sold in Europe to be electric by 2025, and earlier this month signed a $2.3 billion order for battery cells made by Sweden's Northvolt.

BMW said its battery suppliers have agreed to only use renewable electricity to produce the cells, saving about as much CO2 this decade as the city of Munich emits in a year.

Without switching to renewables, the growing number of electric cars would push the industry's CO2 output higher because of the vast energy needed to make battery cells, Zipse said.

BMW will also bolster its recycling efforts and source minerals like cobalt and lithium directly to make its supply chain more ethical, the company said.