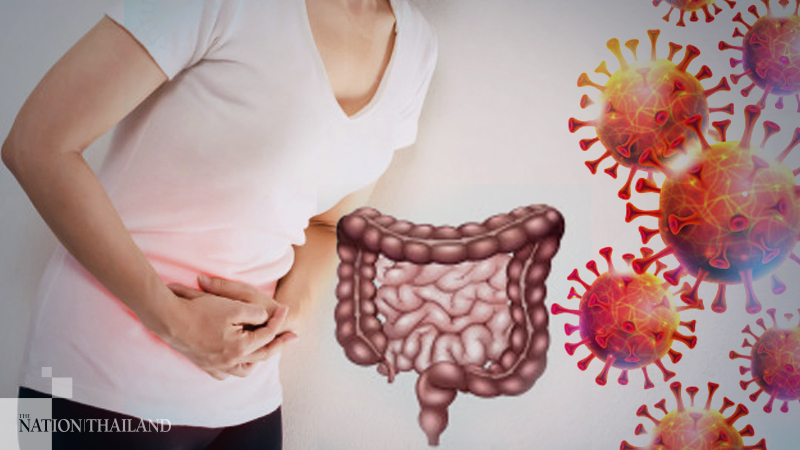 Covid-19 patients have active and prolonged gut viral infection, even in the absence of gastrointestinal symptoms, scientists found.

The coronavirus may continue to infect and replicate in the digestive tract after clearing in the airways, researchers at the Chinese University of Hong Kong said in a statement Monday. The findings, published in the medical journal GUT, have implications for identifying and treating cases, they said.

SARS-CoV-2 spreads mainly through respiratory droplets -- spatters of virus-laden discharge from the mouth and nose, according to the World Health Organization. Since the first weeks of the pandemic, however, scientists have said infectious virus in the stool of patients may also play a role in transmission.

A February study of 73 patients hospitalized with the coronavirus in China's Guangdong province found more than half tested positive for the virus in their stool.

"We used to think of SARS-CoV-2 as just a pulmonary or respiratory disease," said Siew Chien Ng, assistant dean of medicine and associate director of the university's Centre for Gut Microbiota Research, in an interview Tuesday. "But over the last couple months, a lot of evidence has emerged that SARS-CoV-2 also affects the intestinal tract."

Ng and colleagues scientists studied stool samples from 15 patients to better understand the virus's activity in the gastrointestinal tract. They found active gut infection in seven of them, some of whom had no nausea, diarrhea or other digestive symptoms. Patients' stool continued to test positive about a week after their respiratory samples were negative, Ng said. One patient was still positive after 30 days, she said.

Ng and colleagues plan to conduct further tests to demonstrate virus particles from stool are capable of causing disease after finding surrogate biomarkers that indicate they are infectious.

It's not yet known how SARS-CoV-2 makes its way to the gastrointestinal tract to cause an infection there, according to Ng. It's possible some infectious particles survive the stomach's acidic environment.

Treatments that modulate the gut microbiome should be explored, Ng said. The gut bacteria of patients with a gastrointestinal coronavirus infection showed a loss of protective microbes and a proliferation of disease-causing ones. The effects were worsened in the covid-19 cases treated with antibiotics, she said.

The Chinese University has offered free screening stool tests to travelers arriving at the airport since late March, and identified six infected children among more than 2,000 samples tested. From Monday, up to 2,000 covid-19 tests will be done daily as part of targeted detection of asymptomatic people.

More than one patient tested positive even though their respiratory samples were negative, said Francis K.L. Chan, the university's dean of medicine and director of the Centre for Gut Microbiota Research.

"Stool test is accurate and safe, making it suitable and more effective for Covid-19 screening for specific groups of people," Chan said in the statement. Some regulators including the U.S. Food and Drug Administration have reached out about stool tests.