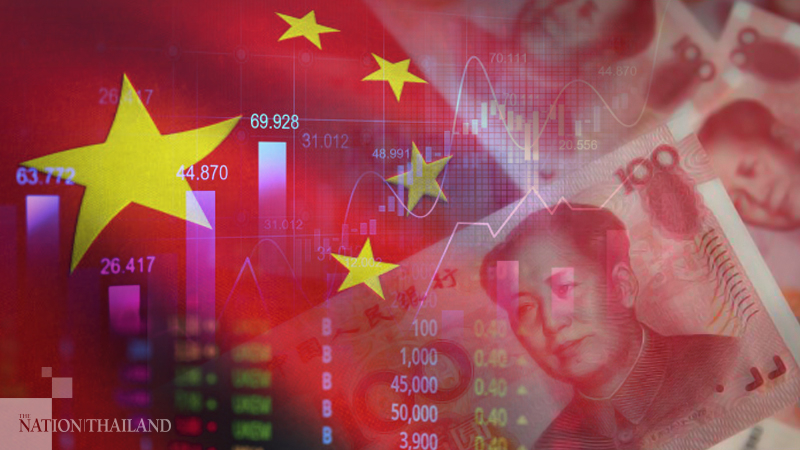 By Sazzadul Hassan
The Daily Star

China is indeed a surprise package! The country, from which the deadly coronavirus originates, seems to have recovered well as not only has it successfully contained the virus, but is also slowly showing signs of a return to normalcy as far as the economy is concerned.

In literally no time at all, this notorious virus has spread all across the planet, infecting millions of people and taking the lives of many. As a result, normal economic activities had to be shut down all around the globe for a number of months.

But the fact remains that even today, most of countries have not been able to resume regular activities while some other nations, known as economic superpowers, are struggling terribly.

In April, the International Monetary Fund (IMF) forecasted a gloomy picture of the world economy. According to them, global GDP would fall by 3 per cent in 2020. However, the IMF revised its forecast in June.

They then projected a further decline in global economic growth, which now stands at minus 4.9 per cent, 1.9 points below the April 2020 forecast.

This clearly shows that the pandemic's impact was much worse than anticipated during the first half of the year. All major economies, except China, are expected to experience negative growth this year.

According to the IMF, the US, the largest economy in the world, will have negative growth of 8 per cent. While in case of the EU, the figure looks more depressing still with an overall decrease of 10.2 per cent.

Even Germany, known for its rock-hard economic foundation and pragmatic policies, is also expected to experience a decline of 7.8 per cent in GDP growth. The UK's economy is expected to shrink by 10.2 per cent while France will have negative growth of 12.5 per cent.

Among other major economies, ASEAN countries will also have negative growth of 2 per cent with India's economy forecasted to shrink by 4.5 per cent.

During the first quarter of the year, China's economy did struggle badly primarily because of the lockdown. Factories and businesses were shut for most of this period as China introduced strict measures to curb the spread of coronavirus.

As a result, their GDP plummeted by a record 6.8 per cent. To the surprise of many, the world's second biggest economy returned to a path of growth during the second quarter of the year.

According to a report published by the China National Bureau of Statistics, the country's GDP grew by 3.2 per cent during that period.

The growth was mainly driven by the primary industry, whose output rose by 9 per cent as most of their factories resumed production from April. Domestic consumption -- which accounted for 57.8 per cent of China's GDP growth in 2019 -- had become a significant factor during the second quarter of the current year as well.

China cashed in on growing demand for personal protective equipment from all around the world amid the Covid-19 outbreak by exporting such materials worth billions of dollars.

Aside from the aforementioned reasons, the single most important factor that helped China revive its economic growth was its ability to contain the virus with all out measures that included: running an active virus tracking system, adopting a stringent testing policy and conducting regular neighbourhood surveillance to stem the infection chain from expanding.

These stringent measures definitely paid off as China was able to control the virus. As a result, the country reopened its economic activities from the beginning of the second quarter.

The stimulus measures taken by the Chinese government certainly helped its businesses face the challenges as China focused on loosening credit facilities to assist enterprises in overcoming the crisis.

Experts termed China's economic revival as 'V shaped', meaning a sharp fall followed by a quick recovery. By this turnaround of their economy, China was able to avoid going into a technical recession, which is defined as two consecutive quarters of GDP contraction.

A recent report published by The Wall Street Journal says that China is catching up and closing the gap with the U.S. economy.

The article further added that before the pandemic emerged, Deutsche Bank estimated China's economy would grow by roughly 26 per cent between 2019 and 2023, versus 8.5 percent for the US over the same period.

Taking into account the pandemic's impact, the German multinational investment bank expects China's economic expansion to moderate slightly to 24 per cent between 2019 and 2023 while the US over that stretch will have grown by 3.9 percent, less than half of the original projection.

Homi Kharas, a renowned economist and analyst who works at Brookings Institution, said China would emerge as the world's number one economy in 2028 in absolute terms, using current dollars, two years faster than his pre-coronavirus estimate.

Obviously, the path is not going to be as smooth as it sounds. China will certainly face headwinds and already have to deal with ongoing trade conflicts with the US.

One fifth of China's export earnings depend on the US and China's stance on Hong Kong has not been appreciated by some of the countries who happen to be important trade partners.

The recent tension with India on the border issue might also lead to a trade conflict. There are already some instances which are the outcome of the ongoing tensions. The UK has joined the US in banning Huawei and its 5G rollout and India has already banned 59 Chinese apps, including the hugely popular TikTok.

According to IMF data, last year China accounted for 40 per cent of global economic growth, which is more than the combined contributions of the US, EU and Japan.

Therefore, this is indeed a very positive news for the world economy that China is getting back to normal since it has a profound impact on the economies of many countries.

For example, countries like Bangladesh are heavily depend on China for various economic activities. Our biggest export earner, the garments sector, sources key materials such as fabrics and accessories mostly from China. The world's most populous country is also our biggest trading partner.

The world can certainly learn from China on how to deal with the pandemic and apply those approaches to bounce back and beat the worst health crisis in human history.

The writer is chairman and managing director of BASF Bangladesh.