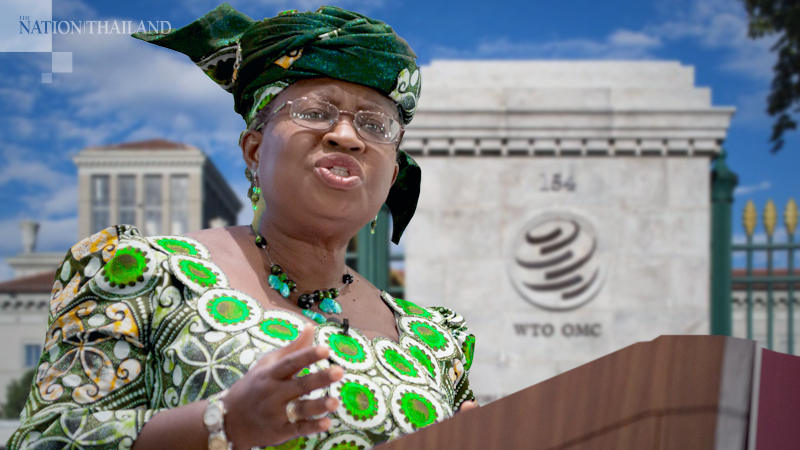 The World Trade Organization's effort to select a new leader next week could be delayed for at least another month because of the rapid spread of covid-19 in Switzerland.

On Sunday Geneva's cantonal authorities announced strict new lockdown measures amid a surge in infections and hospitalizations in the Swiss city. From Nov. 2 until Nov. 29, the area will prohibit public and private events of more than five people.

The development could further disrupt the WTO's ability to confirm Nigeria's Ngozi Okonjo-Iweala as the first African and first woman to lead the organization in its 25-year history.

While some in-person meetings may become virtual, senior WTO officials are discussing whether to postpone their plan to make a formal decision on Okonjo-Iweala's appointment at a general council meeting currently scheduled for Nov. 9 at the WTO's headquarters in Geneva.

WTO spokesman Keith Rockwell did not immediately respond to Bloomberg's requests for comment.

The potential delay of next week's meeting is neither the only nor the greatest hurdle to Okonjo-Iweala's appointment to be director general.

On Oct. 28 the Trump administration said it would oppose her bid because the U.S. preferred South Korean Trade Minister Yoo Myung-Hee for the job. Yoo has refused to withdraw from the race and has not responded to Bloomberg's multiple requests for comment.

The U.S. unilaterally opposed Okonjo-Iweala despite the fact that the WTO selection committee determined she "clearly carried the largest support by members" and "clearly enjoyed broad support from members from all levels of development and from all geographic regions."

The U.S. move has disrupted the leadership race because all WTO decisions are made by a consensus of its 164 members, which means a single country -- in this case the U.S. -- can oppose a decision for any reason.

The office of U.S. Trade Representative Robert Lighthizer has provided little clarity as to why he opposes Okonjo-Iweala and what the administration's ultimate goal is in blocking her appointment.

A spokesman for the U.S. mission in Geneva did not provide a comment.

Whatever the Trump administration's motives are, the WTO leadership race now hinges on the outcome of Tuesday's U.S. presidential election.

Some trade officials argue that if Trump loses the election, as many polls are indicating, the WTO's selection process should wait until after Joe Biden is inaugurated.

Some trade delegates told Bloomberg they would find a more constructive partner in Biden whose advisers have advocated for greater engagement with U.S. allies and to strengthen multilateral institutions like the WTO.

But the WTO selection process may not move quickly even if Biden is elected. That's because he won't be inaugurated until Jan. 20 and crucial domestic priorities such as delivering a financial stimulus package and stopping the spread of covid-19 will take priority over WTO matters.