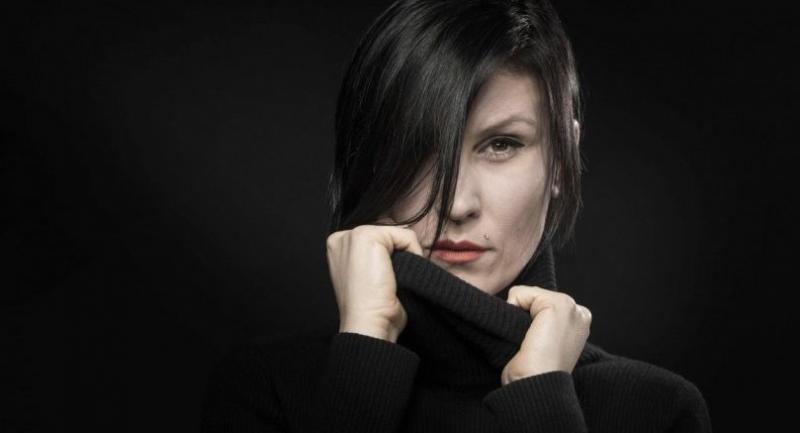 She blames “tube” sites – so-called because they resemble YouTube – which have been accused of hosting thousands of videos pirated from traditional adult entertainment companies.

Critics say children are also getting their first exposure to sex through the sites.

Children’s campaigner Marie Derain, an adviser to the French women and families minister, says the exploitative nature of “tube” sites was extremely worrying.

“Their economic model goes beyond even what is at stake in terms of pornography,” she says.

His company alone has made five million requests to Google for its videos to be taken down from “tubes”.

“But 48 hours later the videos are back online,” Ovidie says.

Her documentary claims that a little-known company called MindGeek – headquartered in “an empty office” in Luxembourg – is now porn’s most powerful player, holding a monopoly-like grip on the industry.

“Claims that we dominate the industry are nonsense,” a spokeswoman says, adding that only three of its sites ranked in the top 10 of the world’s most visited adult sites.

MindGeek says it is simply a platform for its “1,000 content partners that upload content and benefit from the exposure on our sites”.

“There is lot of misinformation about how tube sites function,” the spokeswoman says, adding that it follows YouTube’s lead on “managing the issue of copyrights”.

“There is no room in our model for the assumption that content is pirated.”

She claims instead that they had “formed positive, symbiotic relationships with most of the major players in the industry”.

Many traditional adult-film-makers dispute this, also complaining that while they are subject to strict regulations on age, the “tubes” can easily be viewed by children.

Its president, Gordon Choisel, said they were being bombarded with adult images through Internet adverts from a very young age.

Choisel says governments had to attack the sites’ advertising streams. “We have to come up with legislation that is flexible enough to adapt to changes in technology and the way videos are being watched.”

“Sexuality in real life is not like that,” she says, but children who have grown up watching “tubes” have trouble making the distinction.

“Pornocracy” also deals with the explosion in “cam girl” sites and what Ovidie terms the “new proletariat of sex” who work long hours on them.

She says the women get only around 15 per cent of what their clients pay to watch them perform online.

Up to 70 per cent goes to such platforms, including Live Jasmin, also based in Luxembourg, which has annual revenue of more than $300 million and has made its owner, Gyorgy Gattyan, Hungary’s second-richest man, according to Forbes magazine.

But Marton Fulop, the operations director at Live Jasmin, which is often called the “peep show Uber”, justified the amounts paid to its two million registered cam girls, saying it was a tech company “that provided a very good platform”.