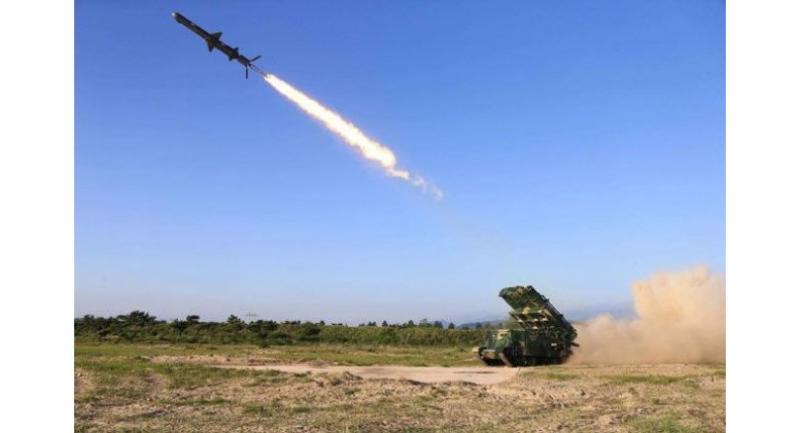 The Democratic People's Republic of Korea tested its sixth, and most powerful, thermonuclear device on Sunday despite all the warnings, sanctions and vows of "extreme pressures" to the contrary. Whether or not it was a hydrogen bomb with the destructive potential Pyongyang claims, the latest nuclear test indicates it has taken a big step in its pursuit of nuclear prowess.

The latest development, along with its previous claims of making progress in nuclear warhead miniaturization and mid- and long-range ballistic missile technologies, if true, may indeed give Pyongyang the means to carry out its threats of launching doomsday attacks on enemy targets. Given Pyongyang's readiness to put to use each and every of its newly acquired capabilities against perceived enemies, this is a particularly dangerous move in its tactic of using nuclear and missile tests to draw attention to its demands.

Like on each past occasion, we have heard condemnations, warnings, threats of additional sanctions, and again, the talk of military options. But the same old question remains: how far can the stakeholders go in taking meaningful actions to rein in the DPRK's brinkmanship?

Year after year after year, the international community has been burdened by the contradiction between its shared interest in denuclearizing the Korean Peninsula and its inability to truly stand together when it comes to making efforts to truly make a difference. Which explains the vicious circle of escalation. We have looked on while the intervals between the DPRK's provocations have kept narrowing — it fired an alleged mid-range ballistic missile, over Japan, last week.

Judging from the trajectory of the DPRK's nuclear and missile adventure, Sunday's test will obviously not be its last show of defiance. For too long, stakeholding countries' rhetoric on their commitment to denuclearization has been offset by mutual distrust and finger-pointing among themselves, leaving ample space for the DPRK to continue its dangerous nuclear and missile programs.

It's high time, therefore, that the DPRK realized the devastating consequences of using that space to further its missile/nuclear programs and the stakeholders considered Pyongyang's genuine needs, especially food and national security, because whatever nonpublic concerns they may have, all the stakeholders share one genuine, and growing, concern: the threat those programs pose to them, the region and beyond. If they do not work together to check the DPRK now, they will find it increasingly difficult to do so as time passes by, because Pyongyang will not stop doing what it believes is safe to do.