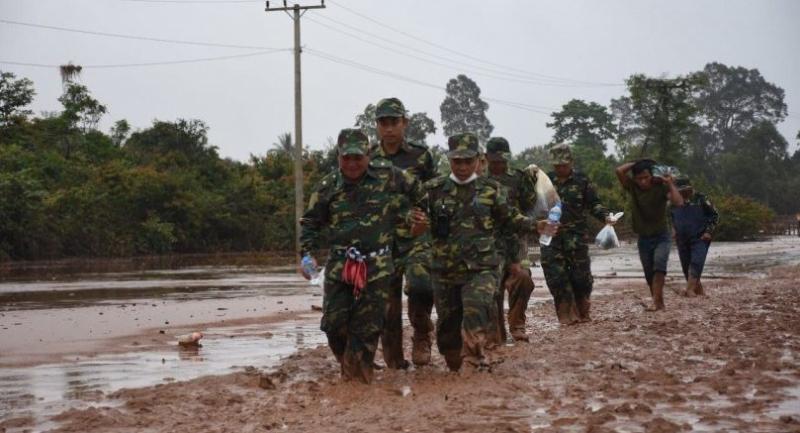 This tragedy has prompted the Lao government to set up panels to find the cause of the incident and exactly who should be held responsible. It has also ordered safety checks on every dam in the country. But most importantly, it has decided to suspend the building of new dams and is reviewing its ambitious plan to become the “Battery of Southeast Asia”.

If it weren’t for this tragedy, certain facts would not have been revealed – the complex transboundary investment that has eluded local regulations and compromised accountability and transparency. Witoon Permpongsacharoen, a director of the Mekong Energy and Ecology Network, said this incident reminded him of a similar project in Laos – the 1,070MW Nam Theun 2 Dam.

He was sharing his insights at a recent forum organised simultaneously in Bangkok and in South Korea by the Laos Dam Investment Monitor and the Coordinated Response Team of the Korean Civil Societies for the Xe Pian-Xe Namnoy Dam Collapse.

Under Laos' ambition, a feasibility study for Nam Theun 2 was conducted in the mid ’70s, before the country materalised it in the late 1980s as it was expected to be a prime vehicle to drive Laos’ development at the time.

Global financial institutions including the World Bank and the Asia Development Bank were invited to take part, and the project then saw new trans-national investors, including the Italian-Thai Development Company from Thailand. This created a new investment pattern in the dam-construction business in Laos – public-private partnerships.

Witoon explained that getting global financial institutes to participate in the project boosted confidence in the investment, making it more attractive for private investors.

This pattern, he said, continues these days, and can also be observed in the Xe Pian-Xe Namnoy project.

South Korean firms SK Engineering & Construction and Korea Western Power Company held stakes of 26 per cent and 25 per cent respectively. Ratchaburi Electricity Holding, a subsidiary of the Electricity Generating Authority of Thailand (Egat), was invited to buy 25 per cent and the Laos Holding State Enterprise urged to buy the remaining 24 per cent.

It was later learned that South Korea had granted a development assistance fund to the Lao Holding State Enterprise to help it join the consortium.

Once the joint venture was set up, buyers were sought. So, Thailand’s Egat signed a power purchase agreement, even though its subsidiary – Ratchaburi Electricity Holding – played a role as developer.

After Egat signed the purchase pact, the project sought new loans from four Thai banks – which provided another 70 per cent of the project’s capital, approximately US$1.02 billion (Bt33.92 billion).

Witoon said complex business structures like these raise questions about accountability and transparency.

Firstly, it was unclear how the four companies in the joint venture could be held responsible for the damage the dam collapse caused.

Also, the business cannot assure the public, especially power consumers here in Thailand, that it has no conflict of interest – especially in light of the conflicting roles played by Egat and its subsidiary.

Lastly, the projected demand for electricity in Thailand is far beyond reality, which has prompted questions about the need for Egat and its subsidiary to invest in the project. For instance, consumption of 40,000MW was projected, while the actual use stood at around 29,000MW.

“The business structure has to be reviewed, as it seems to be helping some parties make money. If we look at it from the investment point of view, we see investors, banks, the stock market as true drivers in this business – not the consumers.

“The point is as long as such a business structure is allowed – we will see maximum profits being set as the key goal, not public interest, environmental impact or people’s plight,” Witoon said.

He said that a look into another 11 hydropower projects in Laos revealed they were similar – they were joint ventures with Thai companies, and nearly all of them had an Egat subsidiary involved in one way or another.

As per the Laos National Socio-Economic Development Strategy 2016-2025 and its 8th five-year Socio-Economic Development Plan, Laos will focus on bringing its economic growth up to 7.5 per cent. It also aims to achieve the UN’s Millennium Development Goal to cut poverty to below 5 pr cent, while promoting environmental protection and sustainable development. Currently, up to 28 per cent of the Lao population lives under the poverty line.

According to a recent report from the Lao Ministry of Energy and Mines, hydropower development had two primary purposes. Firstly, it is to promote economic and social advancement by providing reliable, clean and affordable domestic power supply. Secondly, it is to attract foreign investment and earn foreign exchange by exporting electricity.

So far, Laos has signed agreements with neighbouring countries. By 2025, it will supply 9,000MW to Thailand and 1,500MW to Cambodia, and 5,000MW to Vietnam by 2030. Electricity is expected to cover approximately 30 per cent of the country’s export market.

To pursue its ambition, the country has set up a policy in relation to hydropower development. Under this policy, all large hydropower projects must produce an Environmental Impact Assessment and Environmental Management Plan. It also requires that the rights of all affected people be recognised and met through a Resettlement and Social Development Plan.

The policy also requires that a strategy be developed to stabilise land usage and manage protected areas. The profits are supposed to be shared with the Environment Protection Fund, and financial and technical sustainability must be ensured.

Advocates of sustainable development, however, have wondered if these regulations will ever be met with so many dams being built in Laos.

Apart from local regulations, hydropower development in the Mekong is also governed by the inter-governmental body – the Mekong River Commission (MRC). However, the MRC does not have a say if the dam is built on a tributary, such as the Xe Pian-Xe Namnoy project.

The MRC said it had been notified of this project in September 2013 in accordance with the Procedures for Notification, Prior Consultation and Agreement (PNPCA).

Notified projects on Mekong tributaries are not required to undergo MRC’s prior consultation process, including assessments. Projects on tributaries follow national laws and regulations, it noted.

Witoon said the recently released Council Study commissioned by the MRC suggested that hydropower development in the region, if allowed to continue until 2040, would affect the farming sector – cutting production by more than 2.4 tonnes per hectare in the fertile Mekong Delta.

Dams would block sediments and nutrients that feed the soil, native fish species would go extinct and the health of the ecosystem get degraded.

“The report suggested that Mekong countries should look for alternative development, and we should actually start reviewing this whole business,” Witoon said.

Meanwhile, Pianporn Deetes, Thailand and Myanmar campaigns director for International Rivers, said there were several points concerning the governance of the dam business in the region.

While the projects generally cannot prove that they will have no impact on the environment or communities, local regulations are often too weak to keep the projects in check, whereas regional governance is not yet in place to guide proper practises.

Businesses that are solely profit driven need to be reviewed, she said, and the Xe Pian incident has provided a good opportunity for concerned parties to review their business as it is clear they did not focus on the real capital – the people and the environment.

“Business should not be all about making money, it’s about responsibility and accountability,” Pianporn said.