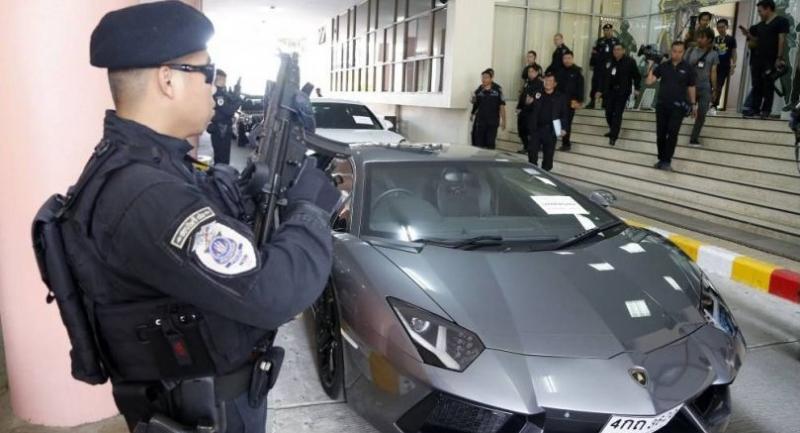 Thailand has long been a haven for foreign criminals, a convenient base to plot and commit crimes or just to hide out.

Thai law enforcers have fought back, joining with their counterparts overseas to arrest a string of notorious terrorists, criminals and gangsters on our soil.

The size of the haul is impressive, but it attests to huge holes in our perimeter security. Thailand’s borders are notoriously porous. Criminals travelling on fake passports ease through Immigration with the help of well-placed bribes. Others bypass checkpoints altogether and sneak in unnoticed via jungle or sea.

Once inside, evading the attentions of police is much easier, making efforts to bring them to justice difficult or near impossible.

The challenge for police has become trickier still with the advent of untraceable cryptocurrency, which is oiling international crime.

At a recent Bangkok seminar on Internet criminality, government agencies pleaded for new legislation to fight a growing wave of cybercrime that, they said, is about to skyrocket.

An early warning came with the arrest of Cazes, aka DeSnake, in Bangkok last year.

AlphaBay and the FBI

The Canadian was the focus of an FBI investigation, accused of  co-founding and running AlphaBay, a darknet hub for drug trafficking and money laundering. The website sold class A drugs, illegal pornography, stolen credit cards and weapons of war.

AlphaBay was shut down on July last year after two years in operation, and transactions in bitcoin and other digital currencies worth more $1 billion. Cazes had left no paper-money trail for the police to follow or identify him.

The FBI lavished huge resources and manpower to flush out the 26-year-old fugitive but came up empty-handed. Finally, after several years of investigations, he was tracked to Thailand. The Feds then asked for help from the Thai police.

Thai police did some digging and discovered Cazes was married to a Thai woman and enjoying and a life of luxury unsupprted by any visible business concerns.

Police found he had paid cash for an Bt80-million home at the Private House estate in Bangkok’s Thawi Watthana District and also owned a Phuket villa worth Bt200 million. Parked in the driveway were a gleaming set of luxury cars. None of the property was in his own name. Police asked the court for an order to access his IP address to monitor his financial transactions. Not long after they spotted a huge amount of bitcoin transferred to the couple’s account and Cazes sending Bt30 million to an account in Cyprus.

Cazes was arrested at his home in July last year, in what US Attorney General Jeff Sessions called “one of the most important criminal investigations of this entire year”.

The darkweb mastermind was found dead a week later in a cell at the NSB. Police said all evidence pointed to suicide. Authorities then confiscated more than Bt726 million of Cazes’ Thai assets.

The saga sounds like the plot for a Hollywood movie, but NSB officers certainly played the starring role.

“The FBI said we had to capture him alive, with his computer online and his mobile phone unlocked,” said Pisal.

Plan A was to have a police officer disguised as a postman deliver mail to his home – but Cazes never showed up to take delivery. It was always his wife or the maids that picked up the mail.

Pisal then came up with the idea of faking an accident in front of the house in hope that the suspect would rush down to check any damage to his cherished supercars.

The hunch paid off.

Cazes arrived at the door and the police pounced. He rushed to tell his wife to turn off the computer, but officers got their first to make sure the machine was still online.

There was still the problem of the locked phone, though. Police already knew that Cazes had been having an affair. They told him he was being arrested on a charge of having an affair with another man’s wife.

“We told him that the husband [of the woman] would settle the case if he [Cazes] phoned the husband,” Pisal recounted.

Cazes was stunned to hear his lover was married. He promptly phoned the husband – in reality, a policeman – and offered to pay Bt100,000 as compensation. The “husband” demanded Bt1 million and without missing a beat Casez asked for his bank account code.

As the conversation ended the police seized his phone – which he had unlocked.

“If his computer or mobile phone had been found locked and encrypted, it could have taken around 300 years to crack the code,” Pisal said.

Cazes’ life of crime may have ended in capture and death, but the story of international cybercrime is only just beginning in Thailand.