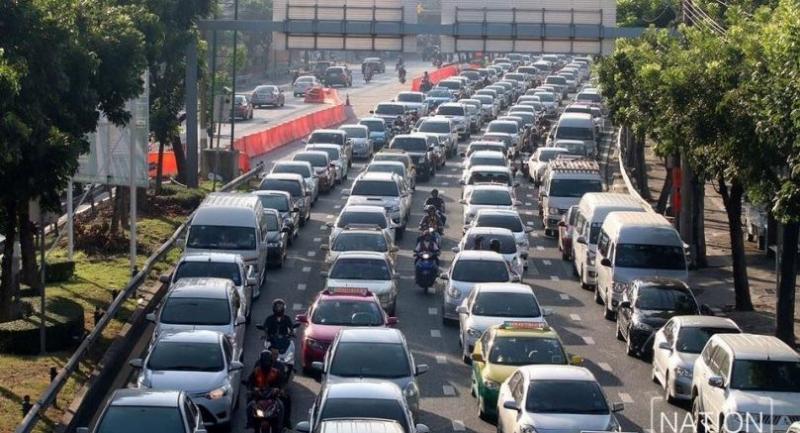 Energy and transport sectors are the main targets for greenhouse gases reduction in the country.

Thailand is getting more serious with the new climate mitigation obligation under the UN framework.

As Thailand leaps towards economic development with an ambitious goal to become a developed country over the next 20 years, it has become more committed to address climate change in the hope that it would help sustain future economic growth.

The question that remains is whether or not the country can do enough, and whether such action is appropriate, given its capacity.

“The decision made by the state is based on what we can or cannot do,” said Phirun Saiyasitpanich, director of the Climate Change Management and Coordination Division under the Office of the Natural Resources and Environmental Policy and Planning (ONEP).

"We need to set ambitious GHG emission reduction targets based on a stepwise approach so that we can ensure a sustainable growth of our economic and development." Like many other developing countries, Thailand did not commit to efforts to address climate change under the 1992 United Nations Framework on Climate Change (UNFCCC), until the Paris Agreement was adopted in 2015.

But as a small, developing country, Thailand took a position that followed a group of developing countries called the G77, and in practice, had to follow the group’s consensus when negotiating with developed countries.

When the convention introduced the Kyoto Protocol in 1997 – before it came into force in 2005 with legally binding targets to reduce greenhouse gas emissions – Thailand, as part of a big group of developing countries, did not have to meet the commitment as it involved only developed countries. (Read ANALYSIS: Principle of voluntary cooperation not helping tackle climate change)

Under the protocol, some economic mechanisms were adopted to deliver targets. Carbon markets were created in developed countries, as well as so-called clean development mechanisms (CDM), under which the cuts could be borrowed from carbon credits from developing countries, allowing them to act jointly.

While the CDMs allowed Thailand to contribute to global carbon emissions cuts, some experts noted that it did not progress much, partly due to the complicated nature of the mechanism.

Following the global attempt to develop and implement long-term actions at the conference of parties in Indonesia’s Bali in 2007, Thailand’s commitment to address climate change started to gain momentum.

Cuts in greenhouse gas emissions have become a subject of debate among experts and agencies responsible for the issue since Bali.

The main issue is whether or not the country should take action amid growing pressure of trade barriers on some industries, including the car manufacturing industry.

Thailand decided to commit itself voluntarily to the Nationally Appropriate Mitigation Actions (NAMAs) required from developing countries under the 2009 Copenhagen Accord and the 2010 Cancun Agreement, which was considered the beginning of a new long-term action plan.

Phirun said the country had developed the target under NAMAs since 2013 and submitted it to the secretariat in late 2014.

The target was set at around 7 per cent to 20 per cent of greenhouse gas emission cuts by 2020, which was estimated to be equivalent to more than 360 million tons of CO2.

It was based on synergies of national plans concerning the energy and transport sectors, which accounted for about 70 per cent of emissions. The country’s GDP, at an average growth of 5 per cent, was also taken into account.

The outcome of various measures – such as energy efficiency and renewable energy introduction – stood at 12 per cent in 2016, Phirun said.

In the lead-up to the Paris Agreement in 2015, both developed and developing countries were required to prepare nationally determined contributions (INDCs), which outlined national efforts to reduce emissions.

As a result, national emission reduction targets were pledged and the concept of INDCs was formalised as nationally determined contributions (NDCs).

Other instruments concerning emission cuts from the forestry sector, known as REDD-plus, adaptation, finance, technology transfer, as well as capacity building have been developed and put in place.

NAMAs were then translated into INDCs, and NDCs by a number of countries, including Thailand, which now has a clear obligation under the Paris Agreement for the first time.

According to Phirun, Thailand’s INDCs proposed the greenhouse gas reduction target at around 20 per cent to 25 per cent by 2030.

Phirun believes that Thailand could implement various measures to meet the 20 per cent target on its own, considering that it has already achieved a 12 per cent reduction.

However, as a deep cut is needed later, the work would become harder and that is the reason why the country has sought support for the remainder of the 5 per cent reduction.

A report submitted to the secretariat by Onep said that Thailand’s intention to reduce its greenhouse gases by 20 per cent by 2030 could rise to 25 per cent “subject to adequate and enhanced access to technology development and transfer, financial resources and capacity building support”. (in calculation with the country’s projected GDP, at an average growth of around 3.5 per cent) Phirun said the country has prepared the NDCs roadmap on mitigation for 2021-2030, which was approved by the Cabinet last year.

Under the roadmap, 15 prime measures in key sectors of energy, transport and industry and waste would be implemented to meet the target by the increase of production and the use of renewable energy, development of energy safe modes of transport and the introduction of rail links.

Clear targets on activities proposed and responsible parties are lined up, Phirun said. For example, the Power Development Plan sets a target to achieve a 20 per cent share of power generation from renewable sources by 2036.

As for the coming talks at the end of this year in Poland, Phirun said Thailand would follow the progress closely and consider whether it is out of the framework or not.

Developing countries are waiting to see the support promised under the agreement by developed countries, a sticking point that emerged at the recent Bangkok climate conference, he said.

Buntoon Sretsirote, director of the Good Governance for Social Development and the Environment Institute (GSEI), said in a recent presentation that the Paris Agreement was placing an additional obligation on parties, especially developing countries which now have to submit targets every five years, as well as progress reports.

In general, the modern progress of climate agreements, especially the Paris Agreement, “is nothing to get excited about” as the targets shifted to voluntary pledges, Buntoon told the Nation Weekend.

Thailand’s target, he said, is based on activities and plans already in place, and it’s hard to say at this point whether Thailand would act well or appropriately regarding its global commitment as the country does not propose a cap on its emissions and can continue emitting greenhouse gases.

“It’s hard to say whether we would act appropriately to our capacity or the commitment needed because we base our reduction target on the BAU [business as usual]. My observation is, considering the deep cuts we need, whether or not we should propose a cap or determine the peak, what should be the best basis to determine the country’s targets.

“The Paris Agreement allows countries to determine their own targets, and there is a risk whether it is enough to keep the global temperature below an increase of 2 degrees Celsius. Are the combined pledges enough? That seems to be a weakness of the agreement,” said Buntoon, who predicted that the real pressure would come over the next five years when the countries need to adjust their targets.

He recommended that Thailand prepare policies that foster climate resilience and low greenhouse gas emission development. It should create a database on mitigation, adaptation, finance, technology transfers, as well as capacity building to get itself ready for climate actions every five years.

The concerned measures and plans should be introduced in an integrated way, while capacity building needs to be developed, Buntoon said.

Assoc Professor Niramon Sutummakid, a director of the Policy Research Centre on Green Economy, and a lecturer of Thammasat University’s Faculty of Economics, said the country’s policies to address climate change are critically important.

As well as the commitment at a global level, the country needs to develop national policies on climate change. In the past policies were not seriously implemented and sometimes left to the private sector with no clear directives. The government needs to embrace other sectors as well as the public to help tackle the issue, said Niramon.

As the rules are pushed by countries in the West, Thailand needs to prepare itself and study those mechanisms so that it can deal with them better.

In addition, the country needs to prepare itself for adaptation as much as mitigation and should take action now.

Climate change, Niramon said, not only affects the environment. It concerns social aspects as well as economic aspects, and often the government’s policies are the cause of climate change or exacerbate it.

According to the Fifth Assessment Report by the Intergovernmental Panel on Climate Change (IPCC), Southeast Asia is one of the two most vulnerable regions in the world to coastal flooding.

Thailand is ranked as the 11th country most affected by climate-related impacts between 1994 and 2013. It is also considered one of the 16 countries in the “extreme risk” category most vulnerable to future climate change impacts over the next 30 years.