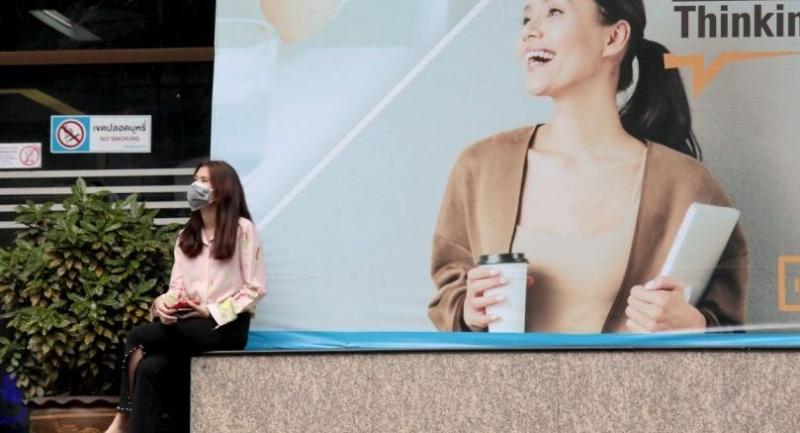 THAI AND MUNICIPAL authorities mounted a successful campaign years ago to control air pollution involving PM10 – particulate matter 10 microns in diameter or more. The problem since then – one that’s steadily worsening and more difficult to curb – is PM2.5.

It was PM2.5 dust that was choking Bangkok throughout the past week, threatening people’s health and keeping many residents indoors.

Making the problem trickier to tackle, according to a Pollution Control Department (PCD) study last year, is the fact that sources of the pollutants are varied and complex.

Recommendations were made for easing the seasonal onslaught on Bangkok and its periphery, which included a more effective management system, an idea being pursued this year.

The PCD began monitoring PM2.5 in 2011 and watched the particles’ 24-hour “rolling average” exceed the safe level of 50 micrograms per square metre of air for eight straight years. Bangkok’s air was bad for 40 to 50 days every December and every January to March.

Department officials settled in to watch again last year from January 1 to March 27, only to witness the 24-hour rolling average of PM2.5 exceed the safety standard by the middle of January.

In a 2007 study that focused on the Din Daeng area close to the Victory Monument, a hub for bus traffic, PCD researcher Kim Oanh determined that incomplete combustion in diesel engines was causing 52 per cent of the PM2.5. Biomass burning accounted for 35 per cent and inorganic secondary PM and other sources the remaining 13 per cent.

In 2017 during the dry season Kim looked at the PCD compound in the Aree area, chosen to represent inner Bangkok, and the Asian Institute of Technology, representing outer Bangkok. Again, problems with diesel-engine combustion contributed most of the PM2.5 – 20.8 to 29.2 per cent. Thai authorities have since 1997 managed to get PM10 dust under control despite a four-fold increase in the number of vehicles on the roads.  The PM10 annual average tends to be within the safe limit, but PM2.5 has increased and in some months exceeds the standard.

Concentrations of PM2.5 were highest in the heart of Bangkok in 2017, according to satellite-based pollution mapping conducted by the PCD. But it was also concentrated in the Northeast because of winds carrying smoke from biomass fires.

“The increase in both sizes of particles suggests an increase in sources and complexity, which has created a problem different from the past,” the study report stated.

“The causes need to be addressed so the problem can be properly tackled. Being able to control their levels in the air, even slightly, makes a big difference to people’s health, and that could require that an improved standard be instituted [it is now set at 50 micrograms per square metres].

“As for particles exceeding the standard during the dry season, there is a need to introduce more stringent measures in order to get the particles under control,” it said.

In 1982, Thailand introduced its first air quality standard, but the focus was on particles wider than 10 microns.

In 2004 a standard was added for particles 10 microns of smaller. Six years later a PM2.5 standard was adopted in light of strong evidence that the tiniest particles could penetrate the bloodstream via the lungs and trigger more critical medical conditions.

The World Health Organisation in 2011 declared that there was no safe level when it comes to exposure to PM2.5. The PCD study urged environmental agencies to adopt more stringent standards for air quality and tougher measures to protect health in the long term.

The WHO projected that 50,000 Thais would die from air pollution in 2013, at a cost to society of around Bt1.8 trillion.

“Thus, investment in controlling PM2.5 should be worthwhile,” the study said.

Prime Minister Prayut Chan-o-cha on Tuesday concurred that diesel combustion was the main source of PM2.5 and instructed agencies to devise countermeasures, such as switching to bio-diesel.

Efforts, he warned, would fail without cooperation.