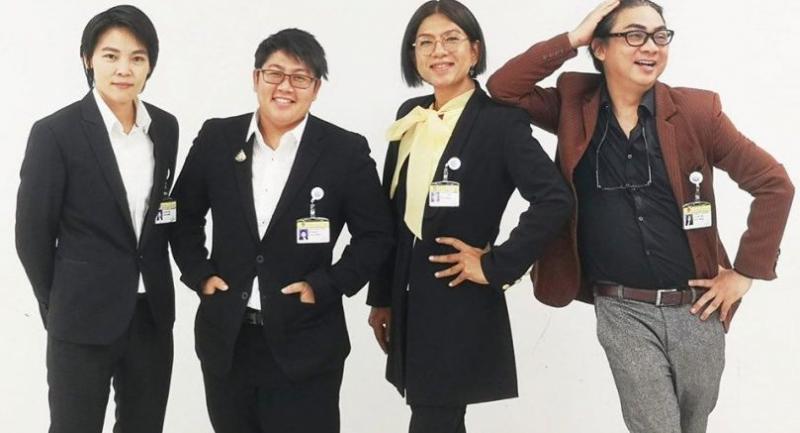 With four trans MPs now in parliament, the quest continues for legal recognition of rights and liberties for the LGBTQI community

Government recognition of their rights and liberties remains a major quest for the LGBTQI (lesbian, gay, bisexual, transgender, queer and intersex) community in Thailand and other Asian countries, academics say.

Despite recent “good news” headlines about more rights being recognised throughout the region, Professor Douglas Sanders of Mahidol University said the positive developments have been limited to only a few countries.

The majority of Asian nations have not yet embraced LGBTQI rights.

Some countries have made profound progress in recent years on issues of sexual and gender rights, said Sanders, citing Taiwan’s recent legal amendment to allow same-sex marriage and Thailand’s acceptance of transgender MPs.

These can be seen as significant benchmarks for the region, he said. But there was still a long way to go in the region in ensuring adequate recognition, with legislation and policies in most countries remaining hostile to gender diversity and same-sex rights. In terms of the law, he said, places including the Philippines, Taiwan, Thailand and the Chinese territory of Macao have legislated anti-discrimination laws, but elsewhere legal tools to protect the LGBTQI community and women from unfair treatment and gender-related discrimination are still lacking.

“The rights and liberty of the LGBTQI group in countries such as Indonesia and Brunei are constantly downgraded, with people now facing more radical laws that prohibit them from displaying gay love.

“The sharia [Islamic] criminal code in Brunei, for instance, is enforced on Muslims and non-Muslims alike and threatens them with death by stoning and other hudud punishments.”

In Thailand, Chumaporn Taengkliang, an LGBTQI rights activist and an MP candidate for the Commoners’ Party on March 24, said campaigning must continue on gender equality and LGBTQI rights. Even though Thailand has seen significant recognition of such rights, society here remains far from equal and just for all genders and sexual orientations.

“I do not think that, after we finally have openly transgender MPs in Parliament, we will eventually win the long campaign for LGBTQI rights in Thailand,” Chumaporn said. “Instead, we still have to work hard to achieve a truly equal society that is respectful towards every person, regardless of their gender and sexual preference.

“Just looking at the proportion of males and females in Parliament, we now have 84 per cent male MPs and only 16 per cent female. So we can see that there is a very wide gender gap in Parliament and males still hold the dominant position.”

There are currently 417 male MPs and 79 female MPs in Parliament and only four openly LGBTQI MPs. They are two trans women MPs – Tanwarin Sukkhapisit and Tunyawaj Kamolwongwat – and two trans men – Nateepat Kulsetthasith and Kawinnart Takee. All four MPs belong to the Future Forward Party.

Nevertheless, Chumaporn said, having openly LGBTQI MPs for the first time in history sheds some hope. There are now representatives of the community on the mainstream political stage.

“We often hear that MPs represent the interests of their own groups. So, since we now have representatives in Parliament, we are hoping they will actively protect the rights and interests of our group and campaign for laws that ensure the recognition of our rights,” she said.

Thai society in general doesn’t yet adequately embrace women or people of non-mainstream genders and many people still believe politics is reserved for men only, Chumaporn said. As a result, much criticism and mockery emanating from conservatives is to be expected.

However, she said, it is a public duty to protect LGBTQI and female MPs from unfair treatment because, even though transgender MPs are allowed to dress based on their gender identification, they are still looked down on and mistreated by their conservative peers.

“I still have hope for a brighter future because society is always shifting and these progressive LGBTQI MPs can lead us towards a more open society that is tolerant of gender diversity and recognises the rights of every person regardless of their sexual preference,” Chumaporn said.

Tanwarin said her mission on being elected to Parliament is to expedite the stalled gender-equality policy and her main goal is to amend the civil code to guarantee marriage equality.

“We are not sitting in Parliament just to be decorative flowers, as some male MPs have said, but we are willing to do our best to represent the voices of the LGBTQI community in Thailand,”