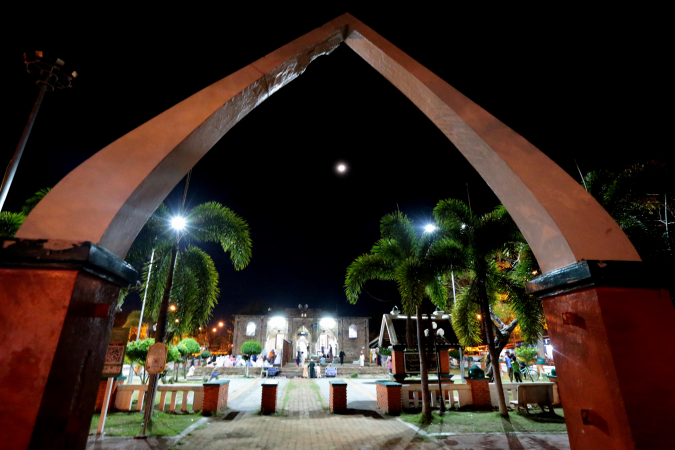 THREE MONTHS after disputed elections, the dust has almost settled. We now know the new government will be led by General Prayut Chan-o-cha, who has ruled with an iron fist for the past five years after staging a military coup in 2014.

What does this mean for people in the deep South, who have suffered violent conflict for the past 15 years?

Not long after the coup, I remember Malay-Muslims saying it was an opportune time for peace talks with the government. They believed that power in Thailand lay in the hands of the traditional elite, who provided tacit support for the post-coup military government. Hence, negotiations under a military regime had more chance of success.

Needless to say they have been proven wrong. The Kuala Lumpur-facilitated peace talks, initiated by the Yingluck Shinawatra government and resumed under Prayut’s leadership, failed to achieve any tangible results. A year was lost to a dispute over whether or not the MARA Patani, a newly established umbrella organisation of separatist groups, should be mentioned in the terms of reference. The Thai government refused to officially acknowledge that MARA Patani was its dialogue partner, fearing that would be tantamount to recognising the existence of organised armed groups and risk attracting international intervention. It insisted on using a vague term, phuhentangchak rat, or people with different views from the state.

At the same time, MARA Patani faced serious questions over its ability to control militants and also over the mandate of several Barisan Revolusi Nasional (BRN) members who joined the grouping. The BRN clarified it was not involved in the military-led peace talks. However, it later expressed readiness to talk to the Thai government, provided its preconditions were heeded – most importantly the involvement of international observers. That demand fell on deaf ears, as the junta again feared such a step would internationalise the conflict and open the door to secession.

After Mara Patani made a tactical compromise and agreed to accept the new terms of reference without change in September 2016, the talks were limited to the establishment of “safety zones” in some districts. The joint technical team finished drafting the safety-zone framework and implementation plan in early 2018. This plan, designated for Narathiwat’s Joh I Rong district as a pilot project, failed after Thai authorities refused to endorse the agreement reached by the technical team. The repeated foot-dragging has raised suspicions over the junta’s commitment to a peaceful negotiated settlement.

In late 2018, Malaysia’s political landscape shifted dramatically. Mahathir Mohamad returned as premier, prompting changes in the facilitator and the composition of dialogue teams on both sides. Abdul Rahim Noor, a former Malaysian police chief, was appointed as new facilitator, followed by the appointment of General UdomchaiThammasarorat – a former southern commander and currently an appointed senator – as the new head of the Thai dialogue team. Udomchai’s appointment was not well received by MARA Patani.

Given that the southern policy continues to be in the hands of the same cliques, it is hard to take an optimistic view of conflict resolution in the deep South.

At the heart of the conflict is the question of local people’s power to manage their own affairs according to their way of life. Some use the term “right to self-determination”, which has become controversial, as it is considered a euphemism for independence. In reality, self-determination can be either “internal” or “external”. It could range from some degree of autonomy, to outright secession. The latter is not a viable option under the Thai Constitution, which says the Kingdom is indivisible.

Prayut’s track record shows he has no intention to discuss any political grievances in the South or give any concessions. His approach is to focus on quelling the violence, while maintaining the status quo.

Opinion is divided on whether the “pro-democracy” camp, which comprises seven anti-junta political parties, would perform better in this matter. Most of them have campaigned on political platforms starkly different from the previous government’s approach. They advocate political as opposed to military means to resolve the conflict, and for decentralisation, particularly in the fields of culture and education. Newcomer Future Forward Party has proposed reducing the military presence in the South, while Prachachart, the only party led by a Malay Muslim with a strong base in the South, has promoted multiculturalism and recognition of different ethnic identities. However, these proposed policies won’t be implemented as long as the military-led government remains in power.

The coup leaders have transformed into a purported “democratic” government via one of the most controversial elections in Thai history. The 2017 Constitution, drafted by a junta-appointed committee and passed by a tightly controlled referendum, has institutionalised a distorted electoral and parliamentary system, which give coup leaders-turned-politicians a huge advantage over opposing parties. In other words, authoritarianism has been embedded in the political system. One of the most outrageous constitutional clauses enabled the 250-member Senate, appointed by the coup leaders, to vote alongside the 500 lower house MPs in the selection of the prime minister.

The political system has been so distorted that it cannot fairly represent the will of the people. If one counts popular votes for the pro-junta and anti-junta parties nationwide as well as in the deep South, there is no doubt that the victory belongs to the pro-democracy camp.

The military’s conventional approach to tackling the southern conflict has been a failure. A new way of thinking will emerge only if a more genuinely democratic electoral and parliamentary system begins to function.

Rungrawee Chalermsripinyorat is a former Regional Desk journalist at The Nation and currently a PhD candidate at the Australian National University.