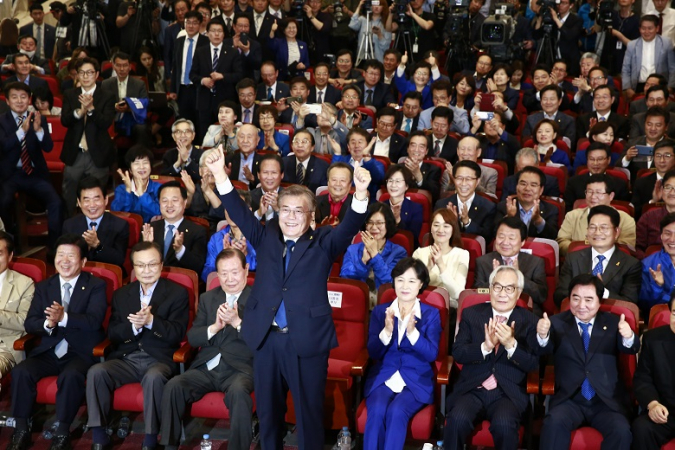 After taking office in May 2017, South Korea’s newly elected President Moon Jae-in called for a new independent and balanced approach to foreign policy. Recognising that South Korea has been buffeted by four major powers (China, United States, Japan and Russia), President Moon declared that while maintaining close ties with these countries, his efforts would expand southward to Southeast Asian nations and India. At the centre of his vision is the “New Southern Policy” aimed at deepening ties with Southeast Asia, as part of Seoul’s drive to widen its diplomatic horizons and curb reliance on neighbouring countries in terms of trade and security.

The policy aims to elevate its relations with Asean and India to the level Seoul enjoys with its four major partners. The vision stands on the guiding principles of “3P” – building a community of people, prosperity and peace.

Why the New Southern Policy matters for South Korea

Seoul’s need to shift its focus towards boosting ties with its Asian neighbours has been highlighted more significantly in recent years. The diplomatic row between Seoul and Beijing over the deployment of a US anti-ballistic missile defence system, THAAD, led China to crack down on South Korean businesses in apparent retaliation. The year-long trade war between the US and China has also taken a toll on South Korea’s export-driven economy. Its two major trading partners – the US and China – accounted for 39 per cent of its exports in 2018.

Building on Asean’s stated goals of security and prosperity through peaceful means, Southeast Asia is South Korea’s key partner in promoting peace and stability in the region as both China and the US are competing to gain influence in the region. The US’s push against China with its Indo-Pacific Strategy and China’s push for its own Belt and Road Initiative (BRI) are placing many countries in Asia in an unpleasant position.

In a nutshell, the New Southern Policy focuses on mitigating negative impacts from the major powers vying for primacy in the region along with trying to secure the denuclearisation of the Korean peninsula. This includes expanding into new markets and pursuing broader economic cooperation.

In the category of “peace”, Moon’s policy outlines these tasks, including:

*Seeking to hold more meetings between leaders of South Korea and Asian countries;

*Strengthening cooperation for peace and prosperity on the Korean Peninsula;

*And broadening military and defence cooperation.

Experts also say the New Southern Policy could help the peace process on the Korean Peninsula. Asean can play a major role as witnessed by the two US-North Korea summits held in Singapore and Hanoi. After US President Donald Trump’s visit to the demilitarised zone (DMZ) upon completion of the G20 Summit and a personal meeting with his North Korean counterpart Kim Jong-un, there is talk now of a third summit possibly in Thailand.

The Moon administration has seen some tangible results in its New Southern Policy drive, with the volume of bilateral trade rising 7.6 per cent to US$160 billion (Bt4.9 trillion) in the first 10 months of 2018. The number of visitors to the other side also increased by 10 per cent annually, exceeding 10 million this year. Moreover, Vietnam is now the third biggest destination for South Korean exports after China and the US. For the entire region, Asean is Seoul’s fifth largest trading partner.

The Moon administration has reached out across Asean and became the first South Korean president to visit Brunei in 20 years. In the past two years, he has visited every Asean country to promote his vision for peace and broader economic cooperation.

In Thailand, everything from K-Pop to Korean soap opera and cuisine are gaining popularity, and these social ties have helped strengthened diplomatic ties. In addition, South Korea actively recruits workers from Southeast Asia, providing significant income gains for those who complete language and cultural training.

Of particular note is that North Korea, too, has long enjoyed economic ties with Asean countries, albeit it has lessened in recent years due to sanctions imposed by the United Nations and the US.

Since 2019 marks the 30th anniversary of Asean-Republic of Korea (ROK) relations, Asean countries are supporting the peace process and nuclear diplomacy in the Korean Peninsula in line with the grouping’s motto of “progress through peaceful means”.

Additionally, as previously proposed by Asean, the Blue House (the South Korean president’s official residence) should consider inviting Kim Jong-un to the Asean-ROK Commemorative Summit in Busan this November as another approach to furthering the possibilities of peace on the Korean peninsula.