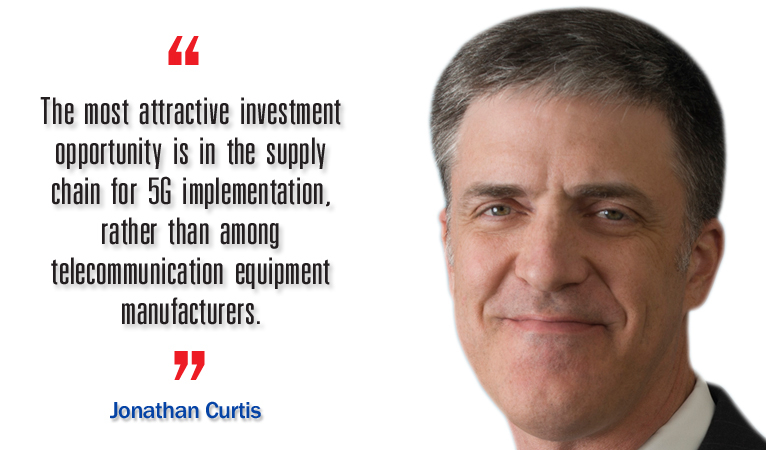 By Jonathan Curtis
SPECIAL TO THE NATION

The technology sector has been on a volatile ride of late, driven in large part by the fortunes of some household names.

I believe the sector offers attractive long-term potential. It is worth highlighting the contribution of lesser known names and exploring the opportunities presented by the rollout of fifth-generation (5G) technology.

However, there’s more to the technology sector than just those few giants. While we are excited about many developments impacting larger companies, we also have our eyes on some lesser-known companies that are playing an integral role in the delivery of digital transformation.

We’re on the lookout for companies that are integrating new technology, changing their culture and challenging the status quo.

Increasingly, we’re seeing companies across a range of industries turn to artificial intelligence and machine learning solutions in their quest to remain competitive, such as voice recognition apps like Siri or Alexa, or the Netflix recommendation engine. We think that dynamic presents interesting investment opportunities.

Digital transformation is helping a wider array of companies amend existing business processes or create new ones. As investors within the tech space, we are keen to identify digitally minded businesses outside the information technology sector that have embraced new technology at a faster rate than their peers. That being said, we also think certain companies involved in the commercialisation of fifth-generation (5G) broadband cellular network technology could represent some potential opportunities in the longer term.

Many commentators have identified the roll-out of 5G mobile data networks as the next big thing for the technology sector globally. We certainly think it could be a game-changer, and we recognise there are several ways investors can approach the potential 5G opportunity.

In our view, the most attractive investment opportunity is in the supply chain for 5G implementation, rather than among telecommunication equipment manufacturers. For instance, we see potential in the semiconductor space - such as chip and memory manufacturers - whose products are vital for 5G rollout.

Because they control the distribution, these communications tower operators have a good deal of pricing power over the mobile carriers.

In our view, tower companies’ business models could become more attractive as the shift towards 5G becomes more apparent. We recognise too that the evolution of 5G creates further opportunities in the realm of the Internet of Things, the integration of devices into everyday items via wireless internet.

We think the number of devices connected to the internet is likely to rise dramatically in the coming years, thanks to the extra bandwidth and lower latency that 5G offers. With that in mind, we’ve identified some potentially exciting opportunities among companies providing secure enterprise cloud solutions.

5G is the fifth generation of wireless technology that can process more data at lower latency and connect multiple devices simultaneously at faster speeds than what’s currently possible.

The first generation (1G) made wireless voice calls possible around 1982. Then came text and picture messaging after the launch of 2G. 3G in the 2000-2009 period saw the early days of video calling and mobile data, while the move to 4G made online streaming, gaming and video calls possible through faster data-transfer speeds.

The 4G mobile networks currently use radio waves. However, 5G speeds will be much faster as it will use a different frequency on the electromagnetic spectrum.

While some investors may use the high-profile FAANG stocks as a bellwether for the tech sector in general, we tend not to take too much notice of short-term movements in a handful of names.

We typically invest with a three-to-five-year outlook and are also looking for opportunities in companies tied to the broad theme of digital transformation that might not be household names.