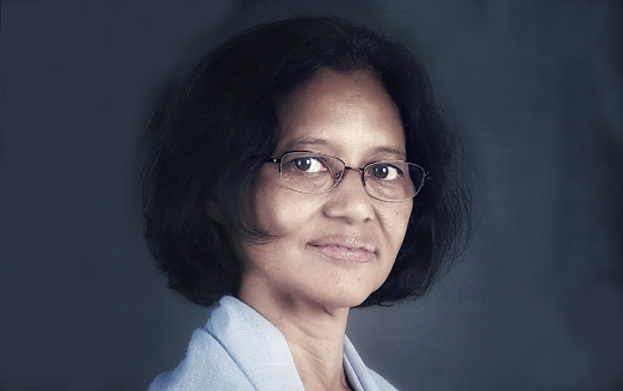 The power blackout on August 4 in Greater Jakarta and parts of West Java was said to be the worst in many years. Family and friends’ Sunday gatherings were still cheerful but hot as houses lost their air-cons.

The MRT – the new pride of President Joko “Jokowi” Widodo and Jakartans – seemed to blush in shame as the power back-up turned out to be for the stations and not yet for the rail service itself, so passengers had to be evacuated.

Gone was all the talk of the digital revolution and the cashless world as people suddenly found they had to rummage for cash for transactions.

We’re still waiting to learn what happened. Speculation ranges from inadequate back-up and slow contingency measures to allegations of sabotage and even whether a single fallen tree upset the whole network.

Amid lambasting of the state electricity company PLN were the mirthless smirks from outside Java. “Putri Riau” (Riau daughter) tweeted, “Friends in Java, did the power go out again? We get that daily, you know. If development cannot be disbursed equally, well at least the blackouts can.”

Blackouts have been part of life for way too long in mineral-rich Riau, Aceh, Papua and East Kalimantan, and so are other inconveniences rare in the capital, such as disrupted fuel supply.

Another injustice in luar Jawa (“outside Java”, the centre of everything) is the annual haze from forest fires that killed around 20 people in 2015, not to mention an estimated 100,000 premature deaths, according to one study, and the closing of schools in neighbouring Malaysia and Singapore, where residents are bracing for life in foul-smelling smog again. Recently six provinces in Indonesia have declared an emergency, anticipating worsening haze.

What is stunning is not only the fires themselves – it’s the wilful neglect of politicians even regarding the health of fellow citizens, let alone neighbours. For over a decade, lawmakers in Jakarta, never choked by the haze, refused to pass a law making a 2002 Asean agreement binding for Indonesia, to enable neighbours rush to help each other to stop fires if requested.

The law on transboundary haze was finally passed in 2014. The next year. President Susilo Bambang Yudhoyono repeated apologies already expressed in 2013 for the forest fires, and politicians rebuked him.

Chauvinistic nationalism against smaller neighbours is the only clear explanation to such disregard of the potentially lethal exposure of the smog particularly to children.

The blackout has reminded us not only of our precarious reliance on Indonesia’s coal-dominated power generation despite lofty pledges to go green.

The fuming against the ruling PLN reminds us of such chronically ignored inconveniences outside Java, which lack comparable headlines.

Extreme, intergenerational injustices perceived in one part of a country – termed “internal colonialism” by sociologists since the 1960s – helped explain pent-up anger in places from far away Northern Ireland, host of the armed movement against London, to resource-rich but poor areas back home.

Some of Indonesia’s areas rich in oil, gas and gold remain comparatively poor regarding nutrition, education, income and employment, leading to the stigma of being less capable citizens. Jakarta stands accused of sucking up too much of local revenue.

Then politicians add the toxic mix of ethnic and religious sentiment and things like “national interest”, loyalty to the “motherland”, a single “national identity”. And often this ends in war.

A rebellion in Aceh led to at least three generations experiencing violent conflict against Jakarta’s troops – and the devastating earthquake and tsunami of December 2004 was the windfall leading to the international Helsinki peace agreement 14 years ago on August 15.

But it’s hard for some citizens to be happy for Acehnese – even less so for Timorese who are to mark the 20th anniversary of their August 30, 1999, referendum that led to their independence. As the people in Aceh and free Timor Leste celebrate their courage of resistance, and commemorate the sacrifice of too many of their brethren, some Indonesians still snigger “enjoy your independence/autonomy, poverty, corruption and infighting”, thinking they must be regretting separation from Jakarta.

The regional autonomy law was an historic breakthrough ending 32 years of centralistic rule, but far from enough.

Lawmakers in 2014 passed the Village Law, and researchers remind us that it’s not all about the village funds – it’s supposed to be another breakthrough to ensure villagers really have a say in decisions affecting their lives.

Addressing regional disparity is part of our ongoing, back and forth, project of democracy. This is home – it needs constant repairs though many disagree how to go about it.

And because politics will always thrive on manipulation of sentiments and grievances, the ordinary citizen of the majority population could try better empathising with “outer Java”.

This would require the ability of those in Java’s cities, mainly urbanites in the capital and surrounding areas, to at least be exposed to grievances beyond Java.

Certainly, this boils down to the capital-based media trying harder to cover far-flung areas, though facing low profit and tight competition.

A Philippines’ fellow journalist who was reporting from Mindanao in the rebellious south several years ago said one factor of the protracted conflict was that most coverage came from Manila-based media, with journalists parachuting in and out of the area populated by the nation’s Muslim minority.

That sounds so much like Indonesia’s problem. Lack of understanding and bias of journalists of the majority ethnic and religious groups perpetuate ignorance and stigma against people in remote areas. Despite all odds we in the media must try harder to expose voices, experiences and discomforts of far-flung citizens, including their daily blackouts.

This article is part of a new series of the Asian Editors Circle, a weekly commentary by editors from the Asia News Network (ANN). The ANN is an alliance of 24 news media titles across the region. Ati Nurbaiti is deputy editor of the Jakarta Post’s Opinion Desk.