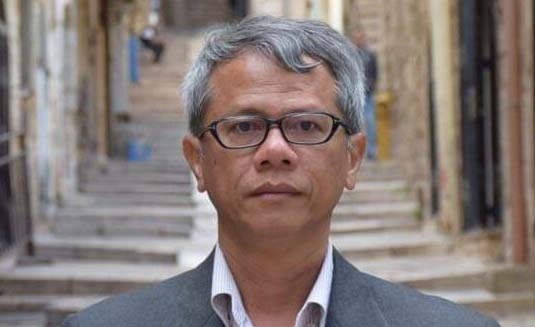 Asean has a lot of work to do for the sake of its own relevancy as Myanmar and Bangladesh make another attempt to repatriate thousands of Muslim Rohingya to strife-torn Rakhine state while the situation on the ground remains unsafe.

The authority in Myanmar’s capital Nay Pyi Taw announced last week that the country would accept 3,450 refugees from the list of 22,000 provided by Bangladesh earlier this month, as the first batch of people to resettle in Myanmar.

It is not known publicly how the list was made and on what grounds their names were submitted to the Myanmar authority.

The repatriation of nearly one million refugees, who fled from difficulties and conflict at home since the 1990s to shelters in Bangladesh, will be an uphill task, due to scarred memories of all involved.

Of the 911,000 people sheltered in Bangladesh’s Cox’s Bazar, nearly 740,000 left Rakhine state following brutal violence in August 2017. This saw Myanmar’s military (Tatmadaw) reacting in a disproportionate manner to a series of attacks by militants working under the banner of the Arakan Rohingya Salvation Army (ARSA).

Myanmar’s so-called clearance operation caused atrocities including arson, torture, gang rape, murder and massacre, acts which the United Nations considered ethnic cleansing. The UN even suggested that genocide charges be raised against those responsible from the Tatmadaw.

As the first attempt to send the Rohingya back failed in mid-November of last year, Asean, then under the chairmanship of Singapore, agreed to take part in the repatriation process for two reasons – saving Rohingya as well as enhancing the regional grouping’s role and visibility in the Rakhine crisis.

Thailand, which took on the chairmanship in January, fully supported Asean Secretary General Lim Jock Hoi and the Asean Coordinating Centre for Humanitarian Assistance on Disaster Management (AHA Centre) in their effort to take part in the repatriation process and to explore sustainable solutions for the crisis.

But the regional grouping has faced an uphill task since it began to work on the issue last December.

The Asean Emergency Response and Assessment Team (ERAT) was not able to enter Rakhine state when Rakhine ethnic insurgents under the Arakan Army brandished weapons against the authorities and made the situation more complicated. The insurgents are fighting for autonomy in Rakhine state.

The ERAT team was finally allowed to enter the state to make a primary assessment during the first half of March and it completed its first report a month later.

In the meantime, Thai Foreign Minister Don Pramudwinai, representing Asean as the chairman, conducted quiet shuttle diplomacy between Bangkok, Jakarta, Nay Pyi Taw and Dhaka to explore possibilities for early repatriation and rehabilitation within Rakhine of the ousted refugees.

Don discussed the Asean plan for the Rakhine crisis with his colleagues in Bangkok in June and July when they gathered at the Asean summit and ministerial meeting respectively.

The discussion produced positive outcomes. As Don told media in June, Myanmar was ready to welcome Rohingya – who are regarded as “aliens” in the country – and will consider the controversial issue of National Verification Cards (NVC) for Rohingya refugees who wish to voluntarily return from Bangladesh.

The NVC is not Myanmar’s national ID, and many Rohingya say they do not trust it as it does not recognise them as citizens.

Although the Asean Ministerial Meeting joint communiqué issued after the meeting last month (July) painted a rosy road for the repatriation and rehabilitation of Rohingya, the United Nations Special Rapporteur on Myanmar, Professor Yanghee Lee, who was in Thailand in early July for her fact-finding mission, said the violation of human rights in Myanmar was rising, notably in Rakhine state.

She said she would report the alarming situation to the UN Human Right Council in September and to the General Assembly in October.

She said Myanmar is grossly violating people’s rights and had blocked her access to the country since late 2017.

Clashes have continued since 2017, and the conflict between the Tatmadaw and the non-Muslim militant Arakan Army is still raging, with reports indicating that human-rights violations and abuse against the civilian population is worsening, she said.

Given that information flow is not easy, particularly for information about what is really happening on the ground, it is hard to know how the outside world can assess that it is safe for the Rohingya to return, she noted.

Sources say the blockage of internet in nine townships in northern Rakhine since July has not yet been lifted.

The Asean, in its joint communiqué in July, stressed the need for the Asean Secretary General and the AHA Centre to conduct further work on the matter, including dissemination of information and an accurate assessment of the situation to guarantee the safe return of Rohingya.

With good cooperation from Nay Pyi Taw as a member, Asean has adequate mechanisms and ability to get access to the troublesome areas as well as to reach out to the local residents of Rakhine.

If the Rakhine crisis really matters to the regional grouping, it is time for Asean to connect and coordinate with all stakeholders including Bangladesh, the United Nations High Commissioner for Refugees, and Myanmar to guarantee that the first batch of Rohingya return home safe and sound.

More importantly, that they would also be welcomed as full citizens of Myanmar.

The writer is the former editor of The Nation newspaper in Thailand and continues to contribute articles. This article is among the latest series in the Asian Editors Circle, a weekly commentary by editors from the Asia News Network (ANN), which are published by members of the regional media group. The ANN is an alliance of 24 news media titles across the region