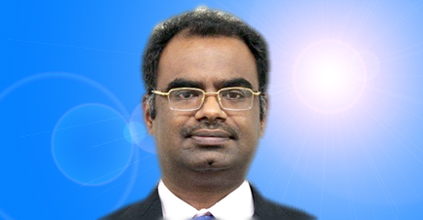 By Venkatachalam Anbumozhi
Special to The Nation

The Bangkok Declaration on Combating Marine Debris in Asean region was adopted by leaders of the Association of Southeast Asian Nations (Asean) last month, welcoming the Asean Framework of Action on Marine Debris. This follows previous commitments made by the leaders on promoting sustainable consumption and production to reduce marine plastic debris.

Why are the leaders suddenly concerned about the use of plastics, in spite of its multiple economic benefits? The material is cheap, lightweight and easy to make. These qualities have led to a boom in the production of plastic, a petroleum by-product, for the rapid uptake by industrial and domestic consumers.

China is the world’s biggest contributor of plastic waste, responsible for 8.9 million metric tonnes annually, followed by five Southeast Asian countries, namely Indonesia, the Philippines, Vietnam, Thailand, and Malaysia. Collectively, the five countries generate 8.9 million metric tonnes of mismanaged plastic waste every year. Indonesia, for instance, contributes 3.22 metric million tonnes a year, with half ending up in the seas. The huge quantity of waste in the oceans is proving fatal to creatures both large and small: sea turtles, dolphins, even whales. And it not just marine life that is being killed by plastics. Birds and land animals are also mistaking synthetic waste material for food, often dying slow, excruciating deaths as a result.

The region’s ability to cope with plastic waste is already overwhelmed. Only nine per cent of the nine billion tonnes of plastics produced has been recycled. If the current consumption and waste management practices continue, by 2050 there will be around 12 billion tonnes of plastic waste in landfills and oceans. In addition, if the growth in production continues as usual, then the plastic industry may account for 20 per cent of the world’s total oil consumption, thus contributing to climate change. The scale of the challenge is daunting, and plastic use has become a full-grown crisis, drawing the attention of Asean leaders.

Realising the severity and the urgency of the problem, earlier this year, countries like Thailand, Indonesia and Malaysia started implementing policy frameworks aimed at introducing a blanket ban of several types of plastics by 2025. The policy roadmaps coincide with recent efforts by private retailers of products and services who are implementing their own measures to recycle. These combined efforts resulted in innovations like the use of plant-based and bio-degradable polymers as well as improved technologies for recycling plastics and reducing plastics toxicity, thus laying the foundation for a circular economy.

In a circular economy, optimum use of a scarce resource is made through re-use, repair, and recycling, compared with the wasteful linear extractive system of manufacturing and consumption, in which products are disposed of quickly after use. Three building blocks support the circular economy, namely material and product design, new business models, and enabling policy conditions.    However, the transition to a circular economy in developing countries of East Asia will be very slow due to many existing barriers unless there are targeted policy interventions. In a recent Economic Research Institute of Asean and East Asia (ERIA) study on circular economy, it was concluded that businesses in particular are hampered by barriers for increasing the resource efficiency through a circular economy approach. These barriers are institutional, organisational, behavioral and market-based, all combining into a web of constraints. A wider range of policy measures are therefore needed at various levels including both changes in the regulatory framework, public spending, and consumer engagement.

The circular economy for plastics is not just another environmental policy, it is not just another economic policy, and it is not another trade policy. It is all that and more – requiring a truly cross-sectoral effort, built around peoples’ need, and should be built together with companies and local governments. A large number of prevailing policies can contribute to the circular economy objectives. Existing policies related to waste, resource efficiency, extended producer responsibility, eco-design and green labelling are of high significance as the design and reusable content of the products could trigger changes in the production process that can be beneficial for reuse and re-manufacturing of products.

However, a major concern is that these policies can often conflict with each other. For instance, companies that want to use recycled plastic materials in their products may still choose alternate virgin materials because of uncertainties about whether recycled materials will comply with existing standards for eco-labeling. In addition, waste related rules that aim to control movement of waste in order to avoid illegal exports can have the unintended consequences of making the transport of waste destined for reuse and re-manufacturing too expensive.

During 2016-2108, Southeast Asia saw plastic waste imports grow by staggering 171 per cent, from 836,529 tonnes to 2,265,962 tonnes. This was triggered by China’s announcement in 2017 that it would stop accepting imports of certain classes of waste that come from recycled streams in other parts of the world. This implies that a big part of the policy task for Asean in the coming years is to review and address conflicts among existing trade policies on import and demand for primary materials, recycling of second hand products and harmonisation of quality standards.

When it comes to new polices, governments in the region have an array of untested weapons, ranging from eco-innovation regulations, durability labelling, public procurement, market-based economic instruments, and the development of quality standards for secondary raw materials. Policy makers can also focus on specific waste streams like construction materials, which have been managed poorly, causing considerable resource losses in the economy, and find new uses for plastics. New policies for transitioning to a circular economy also need to be coordinated with one another to avoid incompatibilities and conflicts. Therefore, a new approach in policy making is required, one that takes into consideration the potential adverse effects of different policy measures and mitigates any negative impacts.

This new approach could be called ‘policy mixing for the circular economy’. Potential policy mixes must be coherent, consistent and predictable. While this comprehensive approach is considered the most effective in principle, it is questionable whether it can be effectively applied in reality, as it needs effective coordination at the regional and national levels, necessitating establishment of a regional council for circular economy. While the rules on eco-design, labelling, reuse standards could be managed at regional levels such Asean, rules on taxation, public procurement and recycling infrastructure are primarily formulated at the national level.

Nevertheless, one element of the circular economy seems largely undisputed: it helps to minimise the environmental and economic impact of resource scarcity. In light of increasing raw material supply risks and emerging signs of scarcity, improving the productivity of materials is a crucial competitive response at the company level and a self-preserving reflex at the market level. For these reasons East Asian governments should look at the circular economy model not only to hedge against resource scarcity, but also as an engine for innovation and growth.

It is neither possible nor desirable to completely remove all plastics from society within a short time frame. Strengthening the circular economy thinking must be part of a broader long-term strategy towards more sustainable production and consumption of plastics which will help to reduce plastic pollution significantly. The time is ripe for action, but academics, regulatory agencies and businesses from multiple points of the plastic value chain must come together to find workable solutions.

Venkatachalam Anbumozhi, the author, is Senior Energy Economist at the