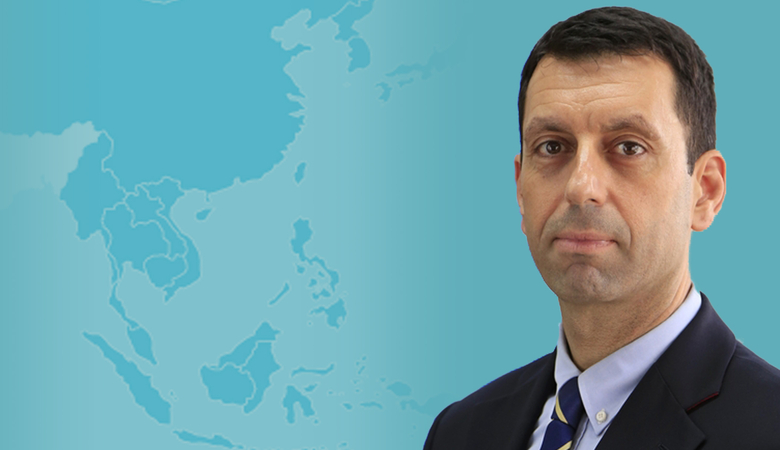 By Kaveh Zahedi
Special to The Nation

In less than 10 days world leaders will be gathering at the United Nations in New York for the Climate Action Summit. Their goal is simple – to increase ambition and accelerate action in the face of a mounting climate emergency.

For many this means ambition and action that enables countries to decarbonise their economies by the middle of the century. But that is only half the equation. Equally ambitious plans are also needed to build the resilience of vulnerable sectors and communities being battered by climate-related disasters of increasing frequency, intensity and unpredictability.

Nowhere is this reality starker than in the Asia-Pacific region, which has suffered another punishing year of devastation due to extreme events linked to climate change.

Last year Kerala state in India had its worst floods in a century. The floods in Iran in April this year were unprecedented. Floods and heatwaves in quick succession in Japan caused widespread destruction and loss of life. In several South Asian countries, immediately following a period of drought, weeks of heavy monsoon rains this month unleashed floods and landslides.

Across Northeast and South Asia, record high temperatures have been set.

The latest research from the United Nations Economic and Social Commission for Asia and the Pacific has shown that intense heatwaves and drought are becoming more frequent. Unusual tropical cyclones originate from beyond the traditional risk zones and follow tracks that have not been seen before. And unprecedented floods and occurring throughout the region.

The science tells us that the impacts are only going to increase in severity and frequency as greenhouse-gas emissions concentrations in the atmosphere continue to rise.

The poor and vulnerable are taking the biggest hit. Disasters cost lives and damage livelihood and assets. Increases in disaster exposure are increasing child malnutrition and mortality and forcing poor families to take children out of school – entrenching inter-generational poverty. And they perpetuate inequalities within and between countries.

A person in the Pacific small-island developing states is three to five times more at risk of disasters than someone elsewhere in our disaster-prone region. Vanuatu has faced annual losses of over 20 per cent of its GDP. In Southeast Asia, Laos, Cambodia and Vietnam have all faced losses of more than 5 per cent of GDP.

In short, disasters are slowing down and often reversing poverty reduction and widening inequality.

But amid this cycle of disaster and vulnerability lies a golden opportunity for careful and forward-looking investment.

The Global Commission on Adaptation recently found that there would be US$7 trillion-plus in total net benefits between now and 2030 from investing in early-warning systems, climate-resilient infrastructure, improved dryland agriculture and mangrove protection and in making water resources more resilient.

So where could Asia-Pacific countries start?

First, by providing people with the means to overcome shocks. Increasing social protection is a good start. Currently developing countries only spend about 3.7 per cent of GDP on this, compared to the world average of 11.2 per cent, leaving people vulnerable if they get sick, lose their jobs, become old or are hit by a disaster.

In the aftermath of Typhoon Hyan in the Philippines we saw the effectiveness of social protection, especially cash transfers, but these were only possible because the government could use the conditional cash transfer system and mechanism already in place for poor and vulnerable people.

Second, by lifting the financial burden off the poor. Disaster risk finance and insurance can cover poor and vulnerable people from climate shocks and help them recover from disaster, such as Mongolia’s index-based insurance scheme to deal with the increased frequency of “dzuds”, where combination of droughts and shortage of pasture lead to massive livestock deaths. Disaster risk finance can also help countries pool the risks as is happening through the emerging Asean Disaster Risk Financing and Insurance programme.

Third, by increasing investment in new technologies and big data. Artificial Intelligence-driven risk analytics as well as fast combination of sensor and geospatial data can strengthen early-warning systems. Big data, including from mobile phones, can help identify and locate vulnerable populations in risk hotspots who are the hardest to reach, ensuring faster more targeted help after disasters.

Experience around the region has already shown the potential.

In India, a combination of automated risk analytics, geospatial data and the digital identity system (the so-called AADHARR) have helped identify and deliver assistance to millions of drought-affected subsistence farmers.

But much more investment in needed to make technology an integral part of disaster risk response and resilience building.

Climate-related disasters are likely to increase in Asia-Pacific. This is our new climate reality. The summit provides the perfect platform to make the commitments needed for helping communities and people to adapt to this reality before decades of hard-won development gains are washed away.

Kaveh Zahedi is deputy executive secretary of the United Nations Economic and Social Commission for Asia and the Pacific (ESCAP).