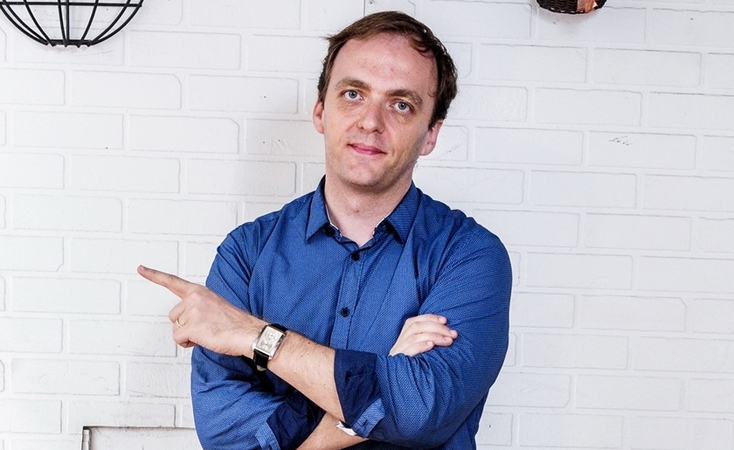 Taiwan politicians are often left with the mistaken idea that their principal job is to deliver on their campaign promises – and that’s all. Even if they try to create an inspiring vision of the future, they usually fail to motivate and inspire with that vision beyond the election.

Even more worrisome, they often fail to acknowledge that Taiwan soft power rests on its ability to attract others without precondition or expectations, and make the wrong choices about the types of power they want to use for the sake of short-term goals: winning elections.

From ‘Power of Influence’ to ‘Influence of Power’

From local universities sending students overseas, to cooperation agencies developing hospitals, research centers and agricultural projects, and private companies building global brands synonymous with quality, affordability and reliability, Taiwan has for sure made maximum use of its power to win hearts across the world.

This power to seduce has helped our economy to avoid marginalization for the past five decades. Regretfully, we are now losing such “power of influence” – the ability to influence the behavior of others to get the outcomes we want, according to Joseph Nye – for the sake of the “influence of power” – the ability to make others adhere to our political views.

In the words of President Tsai Ing-wen, Taiwan is actively seeking political support from diplomatic and non-diplomatic allies to make itself “indispensable and irreplaceable to the world,” meaning putting our self-ruled island on the world map again through bilateral and/or multilateral agreements (Taiwan Travel Act, National Defense Authorization Act, Taipei Act and more) one step at a time.

Against this backdrop, authorities again asked 13 diplomatic allies to write a letter to UN Secretary-General Antonio Guterres to push for Taiwan’s “meaningful participation” in the organization ahead of the 74th UN General Assembly which began on Sept. 17.

The joint letter — signed by the Vatican, Belize, Eswatini, Haiti, Kiribati, the Marshall Islands, Nauru, Palau, Saint Lucia, St Vincent and the Grenadines, and St Kitts and Nevis — called on the UN to accept Taiwan’s bid for membership thanks to our shared democratic values, and love of freedom and human rights.

But, why always asking our diplomatic allies the same question: “Do you love me?” Should our need for global attention always supersede our allies’ challenges? What about rising sea levels, high unemployment rate, endemic poverty and sluggish economic development? Don’t they have any bigger fish to fry during a UN General Assembly?

Has the Ruling Party’s Political Agenda been successful

Strangely enough, Taiwan cut official ties with the Pacific island nation of Kiribati on Sept. 20, marking the loss of a second diplomatic ally – Solomon Islands – in a week. Taiwan has cut ties with seven nations since President Tsai came to office in 2016, including Burkina Faso, the Dominican Republic, Sao Tome and Principe, Panama and El Salvador.

As usual, the President blamed China for using “financial and political pressure to suppress Taiwan’s international space,” before calling Beijing’s action “a threat,” but also a “brazen challenge and detriment to the international order.”

Blaming China time and again, however, is a partial justification for the ruling party’s shortcomings in increasing the reach of Taiwan diplomacy – the conduct of the bilateral

relations AND the skill of being careful to say or do things which will not offend people – through soft power.

In these difficult times, it could be wise for the president to admit that passing the buck to diplomatic allies on Taiwan sovereignty for the sake her political agenda has failed miserably.

Taiwan politicians should never take political commitment for granted; they should always understand the value of close and private communication; and they should always weigh every option before finger pointing at other political leaders, especially in the months left before national elections.

This argument is clearly explained in the “Open letter to Mr. Kuo Pei-hung and his colleagues” published earlier this year by Brookings scholar Richard C. Bush against the idea that the United States would eventually support “Taiwan independence.”

“If the men and women of the U.S. armed forces are to risk their lives for the safety of Taiwan, American leaders would want to be certain that such a sacrifice was clearly necessary in light of U.S. interests,” wrote the former chairman and managing director of the American Institute in Taiwan (a semi-official organization handling bilateral ties).

Since the Eisenhower administration, U.S. leaders have, therefore, asked for consultations with Taiwan leaders on any actions that would create a “risk of war and might trigger American intervention.” They have warned against initiatives that would “unilaterally change the status quo” and create risks of conflict in the Taiwan Strait.

Washington and Taipei are facing this challenge again while pursuing concomitant goals for the first time though. U.S. President Donald Trump on Friday said he doesn’t think he needs to strike a trade deal with China before the 2020 presidential election. The U.S. President also said he is “not looking for a partial deal” with Beijing, moving away from his suggestion last week that he would consider an interim agreement.

President Tsai, on the other hand, is moving forward with her campaign that centers mostly on denouncing China’s alleged pressures on Taiwan’s diplomatic allies. “China has chosen this time to strike a series of blows against Taiwan because only slightly more than 100 days remain until our presidential election,” she said on Friday following the termination of diplomatic relations with the Republic of Kiribati.

“They are attempting to use these acts of suppression to tell the people of Taiwan that we cannot buy fighter jets or support Hong Kong, and that we can only choose a president who will bow to China,” she added. “On behalf of the Republic of China (Taiwan), I want to firmly tell China that we have only three words to say in response to “one country, two systems”: not a chance.”

These concomitant goals further create a greater risk of miscalculations that could escalate into conflicts, especially on the Taiwan side. The president is conveniently forgeting to reflect on her failed policies that resulted in our self-inflicted diplomatic wounds and offer no strategies to revive the sluggish economy, address the soaring unemployment rate among the youth and boost real wages, which have remained at the same level they were at 17 years ago, according to the Central News Agency.

These are the most pressing issues for voters who are increasingly tired of these never-ending clashes on the international stage – “Do you really love me?” – and brace for more setbacks ahead of the Chinese Communist Party’s 70th anniversary slated on Oct. 1, which will inevitably lead to more drama and tears.

Dimitri Bruyas is the editor in chief of The China Post. Asia News Network’s Editors Circle is a weekly column by 24-member alliance from 20 Asian countries.