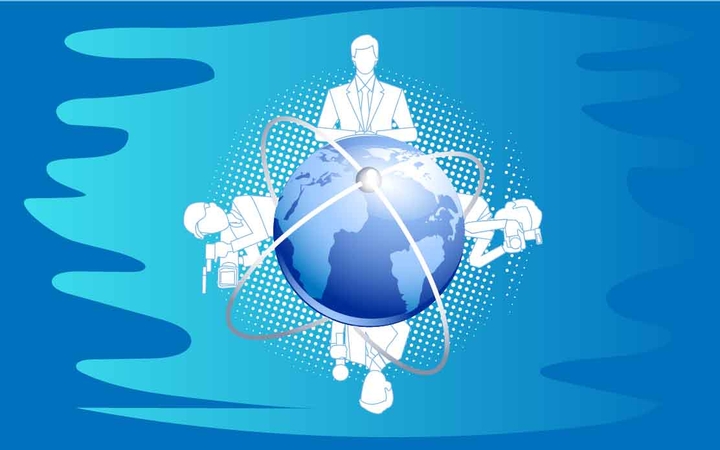 Thomas Cook vanishing into history left 600,000 customers stranded, tormented tourists such as a young mother with a toddler thrown out of her hotel room in Turkey, thousands jobless. The ripple effect worldwide damaged tourism business in Germany, Turkey, Spain, Greece, Cyprus, Egypt. In India, Goa has to suffer over one lakh tourists disappearing.

This unprecedented crisis in the $8 trillion global travel industry served another reminder on impermanence. Everything changes, nothing lasts forever. Having a successful future or being buried in the graveyard of time depends how effectively we adapt to changes.

At one level Thomas Cook collapsed under the burden of a $2.1 billion debt. It needed to sell three million holidays annually only to pay interest on that debt. But that was only an apparent cause.

Established in 1841, Thomas Cook was a legendary success, survived across two centuries, but had to at some point bow down to the universal law of impermanence. The death signs were clear. In 2018, nearly 700 travel agencies shut down in Britain due to competition from online travel sites.

But when the edifice was tottering, Thomas Cook chief executive Peter Fankhauser pocketed $10.3 million (Rs 73 crore), including a $5.3 million bonus in 2015. The UK government is spending $124 million to bring its citizens back home, in yet another chapter of taxpayers paying for corporate greed and incompetence.

Incompetence includes inability or refusal to see the reality of changes, such as the multiplying impact of technology in our lives. The Internet is the latest revolution of the current world cycle of human existence, with the new continuously replacing the old.

It’s an endless process that will last until the present world system or the solar cycle lasts (until our solar system gets destroyed with the sun becoming a dead star), and another world system gets born with the destruction of the old.

We have seen ‘creative destruction’ at work:  the industrial revolution replacing agriculture-oriented life on the planet across millennia; the computer age impacting industries, and now the Internet influencing and changing our life. Traditional travel agencies like Thomas Cook have given way to online ticketing services such as Expedia, and through airlines selling tickets on their websites.

Likewise, the traditional retail industry faces its biggest challenge. More people buy all they need online, including groceries. ‘Retail Apocalypse’ has become the term to describe the decline and disappearance of brick-and-mortar shops that were once familiar part of our lives. In the US, the term ‘ghost mall’ is a now common phenomenon. Once bustling mega shopping centers are now abandoned, eerily empty.

Suffering and insecurity become part of these changing cycles, with thousands of jobs lost in industries rendered redundant. We have seen how the mobile phone has taken over multiple uses: the land-line telephone, torch, FM radio, music player, television, video player, camera, wrist watch, fax and photo copying machine – and thereby reducing or closing down industries manufacturing those devices commonly used 20 or 30 years ago.

Thomas Cook joined the extinction list of giants such as Eastman Kodak that once employed tens of thousands of workers. Book librarians, secretaries, shop assistants, post men are disappearing. Driverless cars and drones are appearing to deliver goods, robots are replacing factory workers.

Traditional factories might also disappear. Evolving 3D printing technology is revolutionizing manufacturing. Within 20 years, 3D printing will enable people to make at home customized goods.  The world’s first 3D printed car, Starti was printed out in two days (with three days of milling and assembly) and test-driven in September 2014. It’s no longer a fantasy to make your own car at home through 3D printing.

The code of life through these changes needs a fearless mindset, a spirit of happy adventure of being open to change. We cannot fear the familiar giving way to the unfamiliar. Rejecting positive change is rejecting progress in life.

If our Stone Age ancestors had chased way the unknown mega-genius who first invented the fire and the wheel, we might still be living in caves, dining on tree leaves and raw meat.

“Change is inherent in all compounded things,” said the Buddha. Nature effects change through the law of cause and effect. Creation and destruction are part of the changing balance of life.

Schumpeter explained ‘creative destruction’ through economic doctrines such as ‘Marxism’ and ‘Capitalism’.  But I am inventing a new and more accurate term ‘Technonomic Re-distribution’ – the re-distribution of wealth through new technology-driven changes in the economy. Wealth has to change hands, to be shared, and cannot be hoarded forever in hands of the few dominant.

The wiser among the wealthy realize this, donate generously and even renounce all their wealth for the good and welfare of many. They realize they are custodians of wealth, the conduit for distribution. If we do not voluntarily share, we will experience despair. What is selfishly hoarded will be taken away.

Such change is inevitable. What happened to Thomas Cook will happen to Amazon and other mega online entities now earning billions. In every field of work and life, remembering impermanence helps reduce pain and suffering from attachment to things that are bound to change.

No business, job, relationship, possession, status is permanent. Accepting this fundamental reality of change helps develop the mindset to be prepared for change. Losing the fear of change enables living life without fear and insecurity. We live with detached happiness, of tranquility amid turmoil, with equanimity to the inevitable reality of change.

(The writer is a senior, Mumbai-based journalist who contributes regularly to The Statesman.)