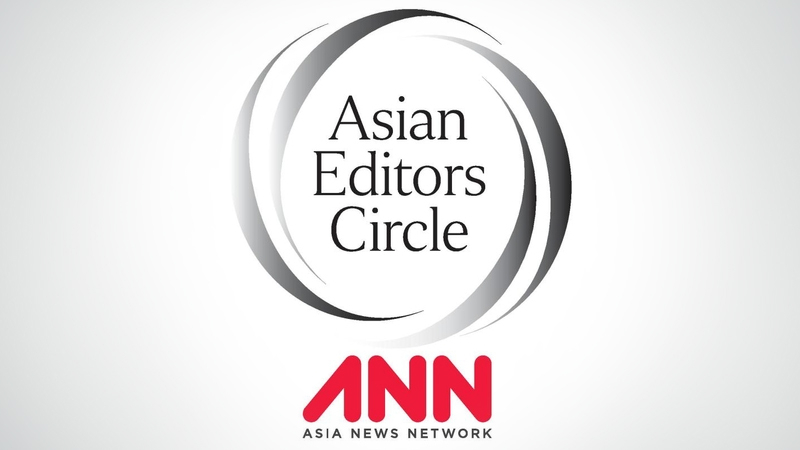 Oct 10 was a landmark night for the disparate nations of Cambodia and Iran. Facing off in Teheran for their World Cup 2022 qualifier, Iran inflicted the Cambodian national team's heaviest ever defeat as 14-0 winners.

But despite the game being a foregone conclusion between Asia's highest-ranked side and minnows Cambodia, this innocuous match up was covered by major news outlets worldwide, carrying a significance that reverberated internationally.

This is because present in the Azadi Stadium were 3,500 Iranian women who could freely attend a football match for the first time since the 1979 Islamic Revolution.

Naturally, journalists and activists seized the opportunity to use the game as a gateway through which to discuss the wider status of women in the Islamic republic, with events off the field vastly overshadowing those on it.

So with politics and football inextricably linked in a sporting event transcending its on-the-field significance, next March's return fixture in Phnom Penh also presents an opportunity to assess the current state of affairs for the women residing almost 6,000km away in Cambodia, as well as South-east Asia, more widely.

Driven by an average growth rate of around 8 per cent between 1998 and last year, Cambodia's economy has remained among the world's fastest-growing in recent decades.

A key driver of this economic growth has been the garment sector, in which some 90 per cent of its 635,000 workers are women.

Estimates show that the garment and footwear sectors lifted one-third of the population out of poverty between 2007 and 2014, while these jobs also provide a valuable source of autonomy for hundreds of thousands of women nationwide.

But despite these great strides, patriarchal structures remain deeply entrenched in Cambodian society - in both the private and public spheres.

Chbab Srey is one such example of this. In essence, it is a code of conduct outlining the ideal concept of a Cambodian woman and was taught in its entirety as part of the national curriculum as recently as 2007.

Following complaints from the Ministry of Women's Affairs, some rules were eliminated, but most are still taught from Grade 7 to Grade 9.

Heavily rooted in traditional gender roles, Chbab Srey was described by the Cambodian Committee of Women (CCW) as "codes of conduct… that teach women to be subservient to men".

CCW and other organisations have also said that the social values instilled by Chbab Srey contribute to the kingdom's relatively high levels of spousal abuse and gender-based violence (GBV).

While the Cambodian government has enacted several notable initiatives to combat GBV - not least the 2014-2018 Second National Action Plan to Prevent Violence Against Women - the problem persists.

According to 2015 statistics from the National Institute of Statistics at the Ministry of Planning, and the Ministry of Women's Affairs, one in five Cambodian women reported experiencing physical or sexual violence from an intimate partner.

This is sadly a South-east Asia-wide problem, with the region ranking only behind Africa in a 2013 World Health Organisation report on intimate partner violence or non-partner sexual violence.

To address the issue, the 2016-2025 Asean Regional Plan of Action on the Elimination of Violence Against Women was adopted in 2015, reaffirming member states' obligations in realising the goal of eliminating violence against women.

But just as concerning in the kingdom is a culture of victim-blaming - in part attributable to behavioural expectations placed upon women.

A February study released by NGOs Klahaan, Urban Poor Women Development, and People in Need showed that almost half the respondents felt women were at least sometimes to blame for violence committed against them by their husbands.

On a macro level, statistics also highlight areas of concern.

In the World Economic Forum's 2018 Global Gender Gap Report - an assessment of gender inequality in health, education, the economy and politics - Cambodia ranked 93rd of 149 countries.

The trajectory is a slow but steady upward one (in 2017 the kingdom was 99th). Last year, Cambodia ranked above only Malaysia (101st) in Asean.

Worthy of an honourable mention is Asean's stand-out performer, the Philippines (eighth - above Ireland, France, Germany and Britain).

Female educational attainment was the area in which the kingdom fared poorest, ranking 119 of 149.

Cambodia ranked 111th in literacy, with only 75 per cent of women able to read and write.

And while 90.3 per cent of girls enrolled for primary education, only 36.7 per cent went on to secondary education (39.9 per cent among boys), leaving Cambodia languishing at 132nd place.

This is, in part, explained once again by rigid societal expectations placed upon many girls to accept demanding familial roles from a young age. But while advancing gender parity is a social and moral imperative, it remains an economic one too.

Poor educational attainment among Cambodian women is reflected in their low representation among skilled and high-ranking jobs - including senior officials and managers in business (31.8 per cent), lawyers (20 per cent), judges (14 per cent), elected commune officials (20 per cent) and parliamentarians (20 per cent).

With the looming threat of Cambodia losing access to the European Union's Everything But Arms agreement, which grants full duty-free and quota-free access to the EU single market for all products except arms and armaments, as well as the changes brought on by the Fourth Industrial Revolution, the social and economic marginalisation of 50 per cent of the population needs urgent addressing.

So come March 31, with women free to attend the return fixture against Iran at Phnom Penh's Olympic Stadium, Cambodia, as well as South-east Asia as a whole, should use the occasion to reflect on its gender disparities that regrettably persist.

(The writer is a senior journalist and a contributing editor at The Phnom Penh Post. This article is part of the latest series of the Asian Editors Circle, a weekly commentary by Asia News Network editors, published by members of the regional media group. The ANN is an alliance of 24 news media titles across the region.)