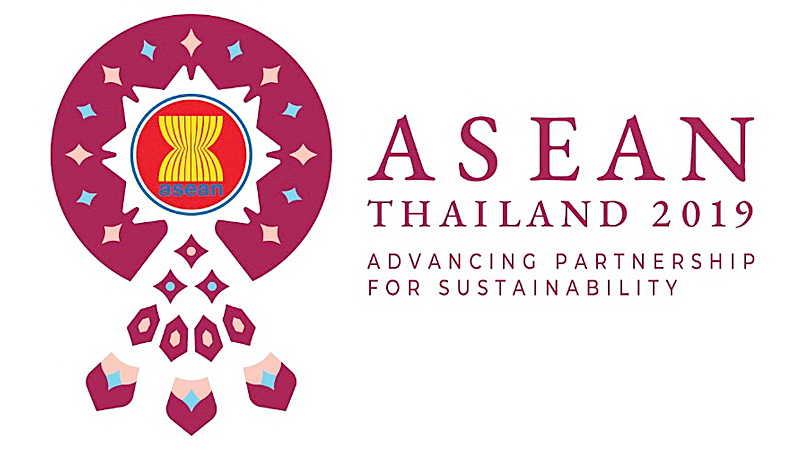 Asean Summit is taking place in Bangkok, a capital of Thailand .

By Curtis S. Chin
Jose B. Collazo
Special to The Nation

Individuals, businesses, communities and nations across the region have benefited from a free and open Indo-Pacific.

That direction and path to prosperity should be adhered to even if few wish to be seen as taking sides amidst tensions and contrasting world views between the United States and China.

Asia is at a crossroads. As government and business leaders gather in Bangkok for the 35th ASEAN Summit and related summits, as well as East Asia Summit and the Indo-Pacific Business Forum, it is a time for choosing.

How best to deliver prosperity to all people amidst protests, inequality and slowing economies?

The path forward should be to double down on and recommit to the principles that have brought Southeast Asia success in recent decades, including free markets, a free and open trading system, freedom of navigation and open seas, and free association and growing interconnectivity in a region where United States defense arrangements have helped ensure peace and stability.

Yet, for many in Southeast Asia, the furious response by Beijing to a single Tweet by Houston Rockets general manager Daryl Morey supporting Hong Kong protesters has complicated what should be a clear choice.

If Beijing succeeds in imposing its views and its version of the rule of law on the National Basketball Association based on the Communist government's distaste for Morey's six-word post — "Fight for Freedom, Stand with Hong Kong" — on Twitter, which is banned in China, how can "small players" stand up for time-tested principles, when what had been seen as the most progressive of the major North American sports leagues would not?

Money talks, and China has shown its willingness to “weaponize” the yuan and every aspect of its economy to its advantage. This "full court press," you might say, has now even included the lure of China’s basketball fans in what remains a growing market for the NBA.

According to Forbes, the 30 teams making up the basketball association had an average valuation of $1.9 billion each, with the overall NBA generating about $8 billion in revenues across last year's season. The NBA generates revenue mainly through television distribution rights, merchandising, sponsorships and ticket sales, including increasingly in China.

Diplomats and business leaders from the 10 Asean member states — Brunei Darussalam, Cambodia, Indonesia, Laos, Malaysia, Myanmar, the Philippines, Singapore, Thailand and Vietnam — as well as from the United States, European Union, Japan, China and South Korea will have this and more to ponder in Bangkok summit meetings, including the ongoing impact of tariffs, shifting supply chains and unresolved territorial claims in the South China Sea.

Today, Asean has grown from five original members to a combined economic powerhouse of 10 member states with some 650 million people during a period of sustained political stability and economic growth.

Asean member states have a combined GDP of $2.8 trillion, making this grouping of Southeast Asian nations the third largest economy in the Indo-Pacific, behind China and India, and the fifth largest overall in the world.

Yet, within Asean, the impact of choice is also clear in the economic disparities between those nations that have more fully welcomed the principles of more sustainable economic growth, and those that have not.

Delegates would do well to look outside their windows at the success achieved, for example, by Asean Summit host Thailand — the oldest treaty ally of the United States in the region.

According to data cited by US Secretary of State Mike Pompeo at a Siam Society speech in Bangkok earlier this year, the poverty rate in Thailand has declined from 67 per cent back in 1986 to 7.8 per cent in 2017.  Thailand now has by some measures the 20th largest economy in the world.

"We want to see this kind of growth across all of Southeast Asia, for countries big and small," Pompeo said then, adding that "regional prosperity goes hand-in-hand with innovation, with governance, and with the rule of law."

Adherence to these principles will become only more important as the region navigates the varied disruptions technology will continue to bring even as a new “digital economy” promises to enhance connectivity and opportunity within the region.

"We know in the end that liberty is the true source of rejuvenation,” said America’s top diplomat, Pompeo. “We want a free and open Indo-Pacific that's marked by the core tenets of the rule of law, of openness, of transparency, of good governance, and respect for sovereignty of each and every nation, true partnerships.”

Beyond the rhetoric, and beyond the gamesmanship and games — basketball and otherwise — that approach, borne out by history, remains the only sustainable formula for success.

Curtis S Chin, a former US ambassador to the Asian Development Bank, is managing director of advisory firm RiverPeak Group. Jose B Collazo, a Southeast Asia analyst, is a project consultant with the RiverPeak Group. Follow them on Twitter at @CurtisSChin and @JoseBCollazo.