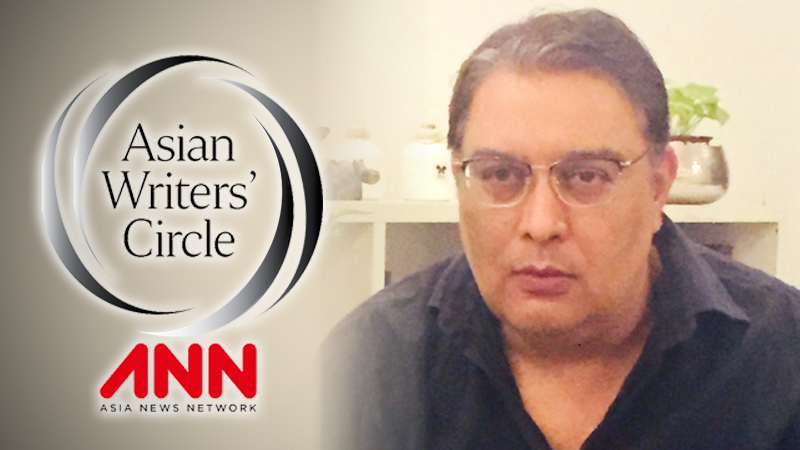 Beijing’s integrationist vision and Hong Kong protestors’ demand for a Western-style democracy illustrate a central dichotomy which needs to be addressed.

Following the developments of the past few months, it’s clear that the primacy of the nation state and its function as the basic unit of international engagement is the core principle which informs China’s geo-strategic approach under President Xi Jinping.

President Donald Trump articulated the US’ adherence to this principle too in his inaugural speech to the United Nations in 2017 in simple, stark terms.

“I will always put America first, just like you, as the leaders of your countries will always, and should always, put your countries first,” said Trump, advocating international cooperation over global collectivism.

The limited point is that when the world’s only superpower and its main challenger - not to mention other regional powers such as Russia, India and Brazil - all begin singing from the same hymn sheet, the wise would do well to pay heed rather than be soothed into a self-deluding soporific state by the lullabies in their echo chambers.

Beijing’s approach to the protests in Hong Kong sparked by the now-withdrawn bill which proposed allowing extradition of those accused of crimes to the mainland cannot really be faulted in theory. It stems from a perfectly valid adherence to the One China policy and an assertion of sovereignty.

Once we accept the legitimacy of the Communist Party’s rule in China, which has for many decades been an accomplished fact, the logical corollary is the unalienable right of the PRC to enact laws it deems beneficial for its citizens including in the Special Administrative Region of Hong Kong.

Those agitating for a democratic system premised on universal franchise including in direct elections for the Chief Executive’s post as, they argue, was envisaged under the Basic Law did have widespread support initially.

But it is now increasingly clear that the protestors have crossed the Rubicon by challenging in large measure the notion of a national identity and primacy of the Communist Party of China. Albeit on weekends.

Sure, the HK SAR and central governments misread the popular mood against a perceived encroachment of Hong Kong’s special rights when they introduced the Extradition Bill. But they did listen to the people and withdrew it.

The support provided to protestors by hyper-liberal establishments/advocacy groups in European capitals which have no real skin in the game, on the other hand, has effectively made a majority of HK youth cannon fodder in their ideological battle.

The rather naked attempt by Washington to use the ongoing protests as leverage against Beijing including as a bargaining chip in the Trade War hasn’t helped either.

Moderates who must eventually work towards a resolution understand all of this perfectly.

Because it is towards independence, make no mistake, where the Hong Kong protestors’ demands are headed when they challenge One Country Two Systems and Beijing’s final say on it.

To believe anything else is pie-in-the-sky. And there is just no global appetite for a redrawing of national borders in the 21st century. Period.

The truth is that today’s global democracy warriors seeking unattainable mutual bliss-points are the successors to the anti-handover cabal of 1997.

It would take a breath-taking leap of faith to believe a Basic Law document to be implemented over 50 years was an iron-clad guarantee for China to spontaneously usher in Western-dictated democracy in Hong Kong circa 2019.

Contemporary discussions on Hong Kong ought also not to elide the fact that a core aim of the reorientation of Chinese policy-making in the post-Mao era, which has remained consistent from Deng Xiaoping to Xi Jinping, has been to strengthen the country’s strategic heft to a point where the Chinese nation-state’s territorial sovereignty will never have to be compromised.

Those who take a long view of history argue that an organic resolution to the Hong Kong issue could come in one of two ways.

If/when the momentum for a democratic system premised on universal adult franchise and systems of accountability (albeit not necessarily derived from a Western model) reaches a crescendo on the mainland, critical mass for change would be achieved. Because the demands of all Chinese citizens irrespective of geography would have converged.

In such a scenario, the aspirations for democracy enunciated in the Basic Law may even be relevant nationwide by 2047.

Or, come 2047, the implementation of an integrationist policy framework by Beijing expanding the current governance model of the PRC to all its territories would be complete. This will ensure a uniform system and law applies across the country rendering the need for ‘Two Systems’ moot.

The second outcome, it needs to be underlined, does not exclude the possibility of a more democratic China in 27-odd years.

But both outcomes recognise that the primacy of the CPC in political life is likely to continue.

From ASEAN to India, Japan to Russia, major players in the region are rightly loath to interfere in China’s internal affairs and disrupt political stability as well as economic growth.

The US attitude towards the protests has been utilitarian at best - pro-forma statements urging a peaceful resolution interspersed with President Trump’s tweets expressing confidence in the Chinese being able to handle the situation.

As for the EU and the like, history is unlikely to forgive those providing false hope to Hong Kong protestors.

Realistic, non-proselytising liberals not nestling in cloud cuckoo land across world capitals are the need of the hour.

Over to HK SAR

The cessation of violence by protestors is a necessary but not sufficient condition to move the ball forward in normalising Hong Kong.

It may, however, prove to be a key element in putting in place a holding strategy that prevents loss of human life and mitigates the economic downturn even as hardcore, violent elements are isolated and substantive negotiations opened with protestors.

Solutions, including out-of-the-box ones, for the minority which Hong Kong’s protestors currently are within the Chinese nation-state, only have a chance if that happens. That’s patently obvious to all but the entirely irresponsible.

The nub of the matter is that the definition of the second ‘System’ in the ‘One Country’ is being violently contested on the streets of Hong Kong and it is Beijing which will have the final say on the principle of sovereign domain.

Read along with signals from Beijing of evolving new governance mechanisms, those with long memories will perhaps see in this formulation a resurrection of the Asian Values debate of the 1990s. This time, to borrow a phrase, with ‘Chinese characteristics.’

It will be worth paying attention to.