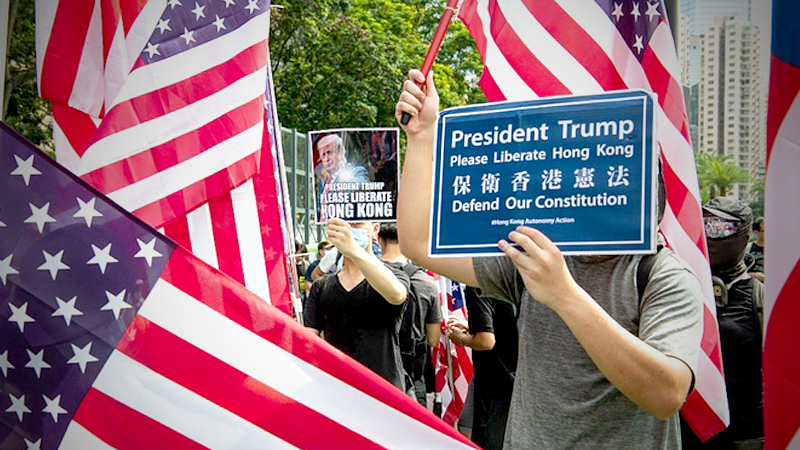 “Deliberate violence”, said the Greek philosopher Heraclitus, “is more to be quenched than a fire.”

Although Hong Kong elections have traditionally been relatively peaceful affairs, this has now changed. After the anti-extradition protests morphed into urban guerrilla warfare, every institution is now at risk. A culture of violence has now taken hold, buttressed by a willingness to use crude intimidation of others, whether in politics, the universities, or on the streets.

The latest victim of this phenomenon is legislator Junius Ho Kwan-yiu. Out campaigning for a District Council seat in Tuen Mun, he was stabbed in the chest by a stranger. The crime was obviously pre-meditated, and the suspected offender will hopefully be charged with attempted murder.

Shortly before the attack, Ho’s local office had been hit by fire bombs.

According to Starry Lee Waiking, chairwoman of the Democratic Alliance for the Development and Betterment of Hong Kong (DAB), there have been 150 incidents of DAB candidates being harassed and their offices vandalized in the last month alone.

Quite clearly, those opposed to the pro-government candidates want to intimidate them, but why? They may hope that they will drop out of the elections altogether, thus clearing the way for their opponents.

Alternatively, they may want the government to cancel the elections, thereby attracting censure, both locally and internationally, and this seems more likely.

As the November 24 election date approaches, the levels of violence could well increase. If fanatics are prepared to firebomb the offices of particular candidates, can the Electoral Affairs Commission (EAC) be sure that they will not also attack the polling booths? Undoubtedly, the safety of the voting public must be the first priority.

The police force, therefore, stretched as they are, must carry out a risk assessment, together with a review of their capacity to protect the polling stations from possible attack. Given that the polling day is on a Sunday, the day the greatest outrages often occur, that assessment will need to embrace the likelihood of road obstructions and train service cancellations, as these will impact directly on the ability of people to vote.

In this exercise, the role of the EAC, which is chaired by a high court judge, Barnabus Fung Wah, will be pivotal. Under the Electoral Affairs Commission Ordinance (Cap 541), the EAC is charged with ensuring that elections are conducted “openly, fairly and honestly” (section 4). If, however, the levels of violence and intimidation, whether actual or anticipated, are such that Fung concludes an election which satisfies those criteria is no longer possible, he must frankly advise the government.

He is, of course, a wholly neutral figure, and nobody can accuse the EAC of bias. Indeed, its Ordinance specifically states that the EAC “shall not be regarded as a servant or agent of the government” (Section 15).

If, therefore, some candidates cannot campaign, because of violence, or some electors cannot vote, because of fear or disruptions to transport, or both, the integrity of the elections, were they to proceed, would have been fatally compromised.

The cancellation of the elections must, however, be a last resort. It would be a victory for the fanatics and their violent methods, and a blow to our democratic processes.

All those candidates, moreover, who have been intimidated and attacked for their political beliefs are also entitled to know their efforts have not been in vain, and that the electors, not the men of violence, will have the final say on November 24.

The author is a senior counsel, law professor and criminal justice analyst, and was previously the director of public prosecutions of Hong Kong. The views do not necessarily reflect those of China Daily.