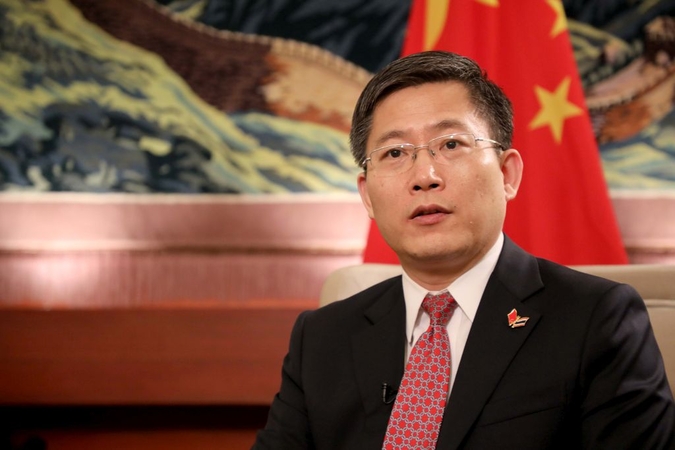 By Lyu Jian
Special to The Nation

With the affair of China’s Xinjiang very much in the news, I would like to introduce the actual situation in Xinjiang to the Thai people.

People of all ethnic groups in Xinjiang have suffered from extremism and terrorism over the past 20 years. Since the 1990s, there have been thousands of violent terrorism cases in Xinjiang, causing thousands of innocent casualties and serious damage to the life, property, freedom of normal religious belief and other basic human rights of local people of all ethnic groups. In recent years, Xinjiang has taken very clear-aimed measures to prevent extremism and terrorism from the root, which is not only in line with Chinese law, but also commensurate with the common ideas advocated by the international community. The vocational skills education and training center in Xinjiang are schools set up to help those who are “brainwashed” by violence, terrorism and extremism to get rid of the influence of extremist thoughts and terrorism and improve their own vocational skills, rather than concentration camps.

In recent years, Xinjiang has made remarkable achievements in counterterrorism and de-radicalization. Facts speak louder than words. In the past three years, there has not been a case of violent terrorism in Xinjiang, and the fundamental rights of people of all ethnic groups, such as the right to life, the right to health and the right to development, have been effectively guaranteed. The people of Xinjiang have ended their lives of fear under the influence of extreme terrorism and began to enjoy a better life of peace, stability, prosperity and development. Last year, the number of tourists to Xinjiang increased by 40 per cent and the GDP increased by more than 6 per cent. People’s religious freedom is fully guaranteed. There are more than 28,000 religious places and 30,000 religious staff in Xinjiang, with an average of one mosque for every 350 Muslims, a rate higher than that in many Muslim countries. These facts can’t be erased by some ill-disposed western media.

Xinjiang affairs are purely the internal affairs of China. Some media has repeatedly used despicable means to discredit Xinjiang’s counterterrorism efforts. Some politicians openly met with the “East Turkistan” separatists and backed the movement of “East Turkistan” forces. The “fake news” they concocted have been repeatedly confronted by facts. They have completely lost their integrity and morality. The so-called “Uyghur Human Rights Policy Act of 2019” passed by the US House of Representatives deliberately smears the human rights condition in Xinjiang, slanders China’s efforts in de-radicalization and counter-terrorism and viciously attacks the Chinese government’s Xinjiang policy. It seriously violates international law and basic norms governing international relations and grossly interferes in China’s internal affairs. China is strongly indignant at and firmly opposed to it.

Xinjiang-related issues are not about human rights, ethnicity or religion, but about fighting violence, terrorism and separatism. We reiterate our position clearly to the US that Xinjiang is part of China, and that its affairs are purely domestic affairs that allow no foreign interference. The bill smears China’s efforts in counter-terrorism and de-radicalization, which only reveals America’s double standards on counter-terrorism and further exposes to the Chinese people its hypocrisy and malicious intentions. The Chinese government and people are determined to safeguard national sovereignty, security and development interests. It is absolutely impossible for the United States to use Xinjiang-related issues to instigate China’s national relations, undermine Xinjiang’s prosperity and stability, and curb China’s development and growth. We urge the U.S. to correct its mistakes at once, prevent this bill from becoming law, and stop using Xinjiang-related issues to interfere in China’s internal affairs. China will take further actions according to the development of the situation .

History has proved that some countries, manipulating with double standards and using counterterrorism as a means to grab geopolitical gains, not only caused more terrorism, but even caused the tragedy of regional turbulence. China’s new counterterrorism campaign is targeted at the root causes by taking measures to improve people’s livelihood, addressing both symptoms and root causes, and ensuring the well-being of the people. Since the end of last year, more than 70 groups of foreign delegations have visited Xinjiang, witnessing the good situation of Xinjiang’s stable and prosperous development. They highly praised Xinjiang’s counterterrorism and de-radicalization efforts, and believed that they are worthy examples to other countries. People can tell right from wrong. Not long ago, more than 60 countries made a joint statement at the UN General Assembly in support of China’s Xinjiang related policies, opposing some western countries’ practice of interfering in China’s internal affairs in the name of “human rights” and politicizing human rights. More than 30 of those countries are Islamic countries. This is a clear testament that on the issue of human rights and Xinjiang’s development, the general public could make a right judgment.

Any plot to slander Xinjiang’s counterterrorism and de-radicalization efforts is doomed to fail. Any plot to interfere in China’s internal affairs and undermine Xinjiang’s stable development by taking advantage of Xinjiang-related issues is doomed to fail. China will continue to conduct its own affairs well, implement its own policy of governing Xinjiang and build a prosperous and stable Xinjiang that enjoys ethnic unity and social harmony. This is our most powerful response to rumours and slander.