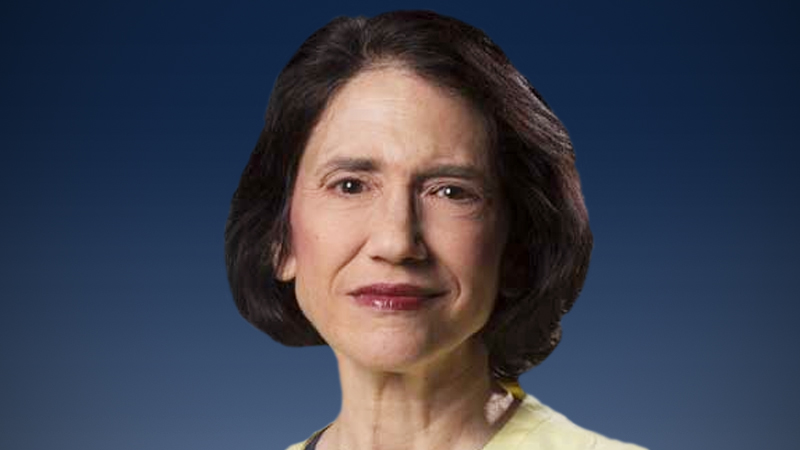 On an almost entirely party-line vote, the House of Representatives voted to impeach President Donald Trump on two articles of impeachment.

He is only the third president to receive that black mark on his record. Understandably, he hates it. His fury is uncontrolled. He coughed up a warped, incoherent letter to House Speaker Nancy Pelosi, D-Calif., that all but the most deluded Trump sycophants view as disturbing.

Even Trump knows he will be lumped in with the "losers" in the presidential history rankings such as Richard Nixon and Andrew Johnson. Impeachment will define his presidency, dwarfing any other foreign or domestic action. No wonder he rages against a speaker he is powerless to stop. His worst nightmare is to be humiliated, and if not now, history certainly will regard him as a pitiful, damaged man utterly unfit for the role he won through a series of improbable events (thanks to a hostile foreign power and an undisciplined FBI director).

The facts Trump now dismisses and contorts (in contrast to the propaganda delivered to him by the Kremlin via right-wing media and useful idiots on the right), are as easily verified and as unassailable as the details of Watergate. In comparison to Nixon's impeachable acts, Trump's are likely to be viewed more harshly. Trump betrayed the country's national security and continued his affront to the Constitution by authorizing Rudy Giuliani's ongoing effort to scrounge up "evidence" from Russian-backed operatives to use against a political rival.

The transcript of Trump's July 25 call with Ukrainian President Volodymyr Zelensky preserves Trump's multiple references to "Biden" in black and white. ("There's a lot of talk about Biden's son, that Biden stopped the prosecution and a lot of people want to find out about that so whatever you can do with the Attorney General would be great. Biden went around bragging that he stopped the prosecution so if you can look into it . . .") It has become and will be seen historically as Trump's smoking gun.

Also preserved in the transcript is Trump's demand to a foreign leader to assist his political interests - "I would like you do us a favor though" - which will be reproduced in history books along with the testimony of witnesses such as former White House expert on Russia Fiona Hill, who called out Republicans' parroting of Russian propaganda. Trivia contests will feature such memorable phrases as former national security adviser John Bolton's remark: "I am not part of whatever drug deal [U.S. ambassador to the European Union Gordon] Sondland and [acting White House chief of staff Mick] Mulvaney are cooking up." (History may come faster than you think, as Bolton cashes in on his book advance in what is sure to be a self-righteous recounting of the scandal and, ironically, a reminder of Bolton's cowering behavior, emblematic of those unwilling to tell the truth in service of the Constitution.)

Just as Watergate figures then-Sen. Sam Ervin, D-N.C., and then-Reps. Barbara Jordan, D-Texas, and Peter Rodino, D-N.J., were lionized as defenders of the Constitution, so too will Pelosi and House Democrats Adam Schiff of California, Eric Swalwell of California and Jamie Raskin of Maryland be among those admired for their lucidity, intellect and character. There is no shortage of patriots, if you know where to look. If ever you needed an illustration for your children, here is an episode vividly demonstrating that doing the right and difficult thing, sacrificing for a cause greater than oneself, has its own rewards. (We have no doubt which side the late senator John McCain would venerate and which he would disdain.) For every clownish, contemptible, screeching and dishonest House Republican, there is a sober, admirable, restrained and honest Democrat.

Meanwhile, in hundreds of gatherings around the country on Tuesday night, American citizens turned out to defend the Constitution and support impeachment. The same day, a band of Republicans unveiled the Lincoln Project to work on dislodging Trump and his accomplices from office in 2020. One after another, brave freshmen Democrats decided duty to the Constitution was far more important than political calculation and announced their support for impeachment. They put to shame Republicans such as Reps. Elise Stefanik of New York, Mike Gallagher of Wisconsin, Mac Thornberry of Texas and Adam Kinzinger of Illinois who know all too well the danger Trump poses yet cannot muster the courage to put country above party.

Unlike Republicans of the past who are credited with getting Nixon to resign - including Barry Goldwater, House Minority Leader John Rhodes and Senate Minority Leader Hugh Scott - no Republican save for ex-Republican Rep. Justin Amash, I-Mich., and the Never Trumpers outside of Congress has secured a place in history. So far, out of political cowardice or calculation or both, we lack even one Republican willing to denounce Trump's actions let alone support impeachment or a lesser penalty. (No matter how badly House members conduct themselves in the future, at least we will be able to say, "Hey, he's no Jim Jordan - or Devin Nunes - or Doug Collins.")

No letter, no tweet, no Fox News spin can repair the reputations of Trump enablers. The right-wing media that cheered them on will, like outlets that rooted for Jim Crow and demonized Freedom Riders, be shunned by decent, freedom-loving people who reaffirm objective reality. The Republican Party will be known not as the Party of Lincoln but the Party of Trump, a quisling party that lost its bearings and its soul to defend an unhinged narcissist. Psychologists and sociologists will study a mass cult phenomenon, seeking to explain how a con man and his greedy media accomplices duped millions of Americans.

Perhaps some small number of Senate Republicans will decide to separate themselves from the pack of Trump worshipers. Some might demand a real trial with witnesses or even vote for impeachment. And if not, they, too, will join the other moral weaklings who failed their country when it needed them to do their jobs.

I do not mean to make light of the real and lasting damage Trump and his henchmen have inflicted on our institutions and national psyche, but we survived a Civil War, economic calamities and eras dominated by corrupt and disloyal politicians. As scarred as our democracy is, we now have a new pantheon of patriots to inspire and teach Americans about honor, courage and intellectual rigor. When your children or grandchildren attend Nancy Pelosi Elementary School or win a Jamie Raskin scholarship, they will remember who distinguished themselves. When they see Lt. Col. Alexander Vindman, Hill and Marie Yovanovitch receive accolades and honors, they will know what gallant public service looks like.

As demoralizing and infuriating as this presidency has been, it is now within our power to wipe it all away and to vindicate the heroes, punish the villains and reset our democracy. We have 321 days until Election Day.