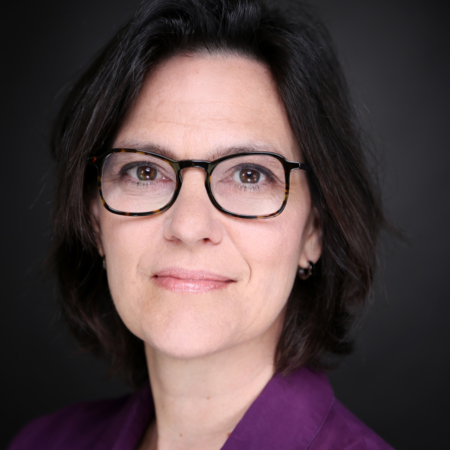 Paula-Irene Villa Braslavsky is professor of sociology & gender studies at the University of Munich (LMU), Germany.

For the better part of 70 years, Germany has been in a pitched battle to remember the lessons of its genocidal past.

Across the country and in Berlin in particular, public spaces are filled with sites of memory. Yet the active project of trying to remember hasn't stopped the rise of the far right, anti-Semitism and hate. A recent project by activist artists reminded Germans that previous efforts to remember and atone for past crimes and atrocities have not gone nearly far enough, which has helped to fuel the resurgence of fascism.

"How should a nation of former perpetrators mourn its victims?" asked historian James Young, after serving on a commission to build Berlin's memorial to the murdered Jews of Europe. In the early postwar period, the answer had been clear - if divided.

In East Germany, Germans were remembered as resisters and victims of a ravenous National Socialism, while Jews struggled for official recognition as targets of mass killing. A 1952 memorial plaque in East Berlin recalled two boy soldiers hanged by the SS in the war's final hours, but forgot the legions of Jews who had been marched through the same street en route to death camps. When Jewish Germans were remembered, it was for their communist activism.

In West Berlin, small abstract memorials could be found, yet the trauma of the city's division overshadowed the memory of the Holocaust. It wasn't until the 1970s and '80s that citizens' groups on both sides of the Wall demanded that German public memory make a space for victims of racial hatred and, especially, of the anti-Semitism that fueled the genocide.

And still, the specter of German suffering continued to quell a complete reckoning with the scope and scale of Nazi crimes. Even after unification, German Chancellor Helmut Kohl's efforts to honor victims of war and tyranny on Unter den Linden sparked protests because sculptor Käthe Kollwitz's pieta at the spot evoked mostly Christian victims. Citizens and historians alike pushed for what would ultimately, in 2005, become Peter Eisenman's Memorial to the Murdered Jews of Europe, which opened the door to related memorials for gays and lesbians and Roma and Sinti.

The memorial eventually assumed a central place in Berlin's rebuilt core, although criticism continued over whether the abstract concrete installation fulfilled its intended purpose: to mark the killing of over 6 million Jews and serve as a perpetual reminder of Germany's particular responsibility to never again allow such atrocities. Hanging over all memorials, and especially in today's Germany, is the haunting question: How can memorial culture help realize a democratic, pluralist, ethics of atonement and remembering?

In recent years, the dangerous return of far-right politics has called into question how far Germany has come in reckoning with its past. The once Euroskeptic, now far-right Alternative for Germany party (AfD) has made electoral gains that would have once been unthinkable. What's more, conservatives in Chancellor Angela Merkel's Christian Democratic Union and the Bavarian regional Christian Social Union party have considered working with the AfD, which has grown in power in the east.

The AfD's leaders have repeatedly voiced revisionist - untrue - understandings of National Socialism that minimize Nazi-era crimes. Worse still, the party has downplayed the genocide and its role in shaping German responsibilities on migration, integration, anti-Semitism and hate, raising fears that events like the Yom Kippur attack on a synagogue in Halle is not an anomaly but an increasing part of everyday German life. While racism and anti-Semitism never disappeared from Germany, and accordingly hate-crimes and racially motivated microaggressions have been part of German everyday life in East and West, what has actually changed is the increasing normalization of such violence and hatred through its political representation in regional and national parliaments.

Concerned about this acceptance, in early December, the Swiss-German performance artist collective Zentrum für Politische Schönheit ("Center for Political Beauty" or CPB) unleashed its latest public art action across from the Reichstag building in Berlin to show the urgency of remembering the genocide and how mainstream conservatism may be enabling present-day atrocities.

The artists installed a five-foot-tall column that featured an orange-glowing container of ashes collected from the killing fields of Eastern Europe. The remains of genocide's victims - too many to imagine - were meant to whisper to onlookers in accompanying signage, "Look for Us" ("Sucht nach uns"). This quote, taken from the secret diary of Salmen Gradowski, a Polish Jew who was murdered in Auschwitz in 1944, guided the artists' efforts to hold democracy accountable for the crime of complacency. To showcase the dire consequences of failing to stand up to tyranny, the CPB called for a permanent installation of victims' remains.

The CPB sees itself as engaged in a war against forgetting, with the artists performing as an "assault team" united in the struggle for "moral beauty" through the lessons of history. They aim to use such audacious, attention-grabbing action to shift public discussion around the legacy of National Socialism and to push the German government and its citizens to maintain a proactive human rights agenda on contemporary refugee and immigration policy.

Yet the project showed shocking disrespect for - or outright ignorance of - Jewish burial traditions; Jewish burial grounds are sacred and must remain forever undisturbed. While the action meant to scandalize Germans for their inaction in the face of fascism's return, it instead drew negative attention to the artists themselves.

The group underwent a radical rethink a few days later and removed the ashes from the column and begged for forgiveness.

While the blowback was deserved, it should also force Berliners to consider whether brazenness might be needed to shake us from the unfounded faith that "Never Again" still holds meaning in today's Germany.

There was much to be critical about in the project, including its desecration of Jewish remains; the group's failure to cooperate with NGOs, witnesses and experts in memory politics; the obscene crowdfunding attached to the intervention; and the arrogant self-heroicism of the group's rhetoric, among other things.

Yet the massive outpouring of anger against the group was devoid of nuance, reflexivity or critical introspection. Suddenly, the German media was full of experts on Jewish burial traditions. An uncanny instrumentalization of 'the Jewish response' replaced any examination or debate about the issues actually at stake: a resurgent anti-Semitism and racism, including anti-feminist, anti-LGBTQ and broadly illiberal dimensions. Missing was any serious conversation about the contemporary role of conservative forces reaching out, once again, toward the extreme right.

Outrage precluded tangible debate about how the ashes of the millions of the dead came to dot the German and Eastern European landscape, how these ashes connect us all now, in the present, to this seemingly recurrent past.

But there are signs that there may yet be space for nuance. An important outcome may be that there has been no singular 'Jewish response' to the 'action' by the CPB. Although the majority of op-eds and statements issued by Jewish intellectuals and groups were strongly critical, some (including one of us) were more ambivalent and open to revisiting how we might learn from the lessons of the past, and how that should materialize in policy and action.

This variation might represent the variety of Jewish-German voices, growing louder and more diverse and generating more debate within and beyond Jewish communities. This pluralism and visibility, in the end, might be one of the most important victories in contemporary Germany and the best hope for combating rising illiberalism. Did the CPB, by using the ashes of Holocaust victims to make a point about Germany's historic responsibility to denounce hate in the present, go too far? Or is this kind of jarring public event precisely what the country needs to jostle it from numbness and apathy in these troubled times?