David Von Drehle writes a twice-weekly column for The Post. He was previously an editor-at-large for Time Magazine, and is the author of four books, including "Rise to Greatness: Abraham Lincoln and America’s Most Perilous Year" and "Triangle: The Fire That Changed America."

Harry and Meghan show us what happens when you have 'an heir and a spare'. Any system of primogeniture - the transmission of power from firstborn to firstborn - creates a tough reality. 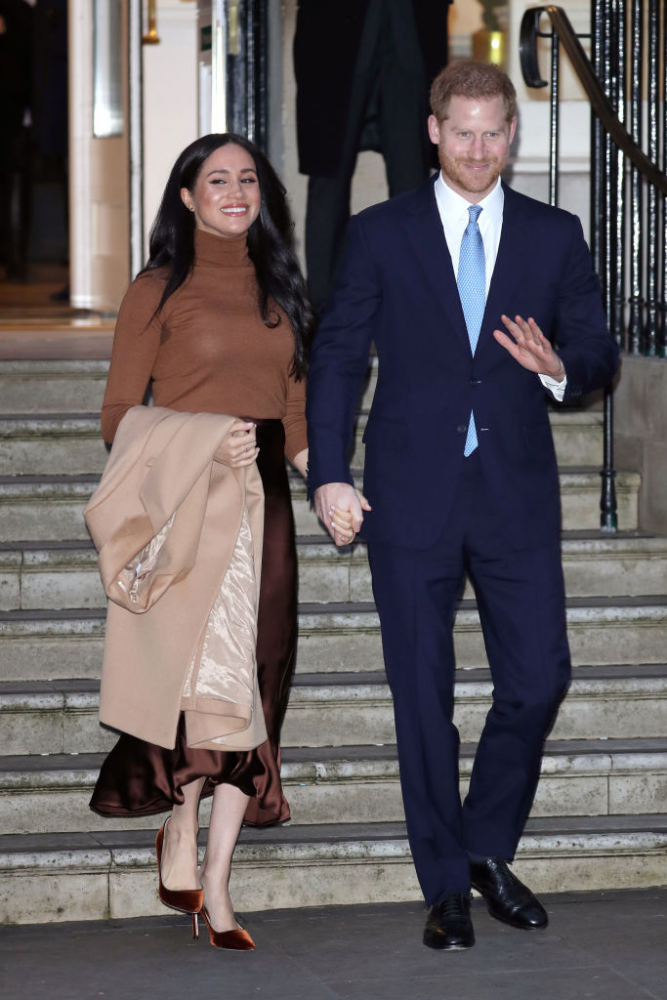 No one put it more crisply than Consuelo Vanderbilt, the Gilded Age beauty whose American wealth incited a marriage proposal from the 9th Duke of Marlborough. After she had delivered two children, she is said to have remarked that she had given the duke "an heir and a spare."

The heir is born to a life laid out neatly and rigidly. The spare gets precisely the opposite: an uncertain place, unspecified duties, unreliable income - and the unappealing promise of dissipating influence as the next heir and spare come along to bump you aside.

This reality lies behind the latest crisis to hit Britain's royal family. Queen Elizabeth II's reign, the longest in the 1,000-year history of the English monarchy, has magnified the problem of discarded spares. Things are suddenly out of hand. Prince Harry, longtime spare to his older brother William - until William's son Prince George came along six years ago - has shocked the family with his announcement that he and his wife are "stepping back" from their amorphous roles as " 'senior' members of the Royal family." This blow came just months after Harry's uncle, the former spare Prince Andrew, was booted into retirement unceremoniously (you know it's trouble when the Windsor family does something without ceremony) over his relationship with the late child molester Jeffrey Epstein.

That this mess is on Elizabeth's plate is a bit of an irony, given that she owes her position to the heir-spare system. Her father was perhaps the greatest spare in the family's history.

In 1936, her uncle, King Edward VIII, made the sensational decision to give up the throne to marry a divorced American. His abdication thrust Elizabeth's father onto center stage as George VI, where his brave comportment through World War II restored the battered dignity of the crown. Princess Elizabeth, the former spare's heir, became queen upon her father's death in 1952.

You need not be a royal watcher to notice something primal going on here. The archetypes of heirs and spares run from the Bible through Shakespeare to today's screens, large and small. The second-highest grossing movie of 2019 was "The Lion King," which pits the malevolent spare Scar against the ambivalent heir Simba. At number four was "Frozen II," the further adventures of Elsa the heir and Anna the spare in the kingdom of Arendelle. Meanwhile, on HBO, the wealthy Roy family schemed and backstabbed in search of a rightful heir in "Succession."

But I'd argue that the British monarchy is more than just entertainment. In this time of resurging nationalism, the queen is a benign embodiment of her people. She's modest, dignified and circumspect. We might never have heard the word Brexit if the European Union had been a bit more solicitous of the distinctly British outlook she represents.

The problem: Monarchy is - by definition - a one-person job. And never more so than in the modern era. Long gone are the days when a spare could be dispatched to run some distant colony. The role is purely symbolic now, and there are only so many ribbons to be cut and opening nights to be attended. Though unwelcome, the crisis of surplus spares may force a very old institution to find some modern solutions.

In this respect, the family could wind up glad that Harry married the American actress Meghan Markle. Her woke, feminist approach to the world is at odds with the stiff-upper-lip hierarchy of Buckingham Palace business, and her arrival there has been rocky. However, the Duchess of Sussex, as she is called, is light-years ahead of her in-laws in terms of making a living from fame. She parlayed a role in the TV series "Suits" into a lifestyle and fashion website and leveraged that into her own clothing line.

When she and Harry pledge to "work to become financially independent," this is the sort of thing they must have in mind. They're well positioned for a big book contract, a television production deal and those rarely discussed six-figure payments for wearing a particular label on a Hollywood red carpet. Their "Sussex Royal" trademark would work great as a children's apparel brand - for the little prince and princess in your life - with a charitable arm to promote garment recycling, of course. A cosmetics line called Duchess. You get the idea. Promising "geographic balance" in their lives between Britain and North America will let them focus their commercial interests on the side of the pond where even the president sells his name.

Collecting rents on hereditary estates - the main income of the royal family - is a slow-growth business in a go-go age. The enterprise needs new revenue streams. If Harry and Meghan find a workable business model, all the family's surplus spares will have reason to thank them.