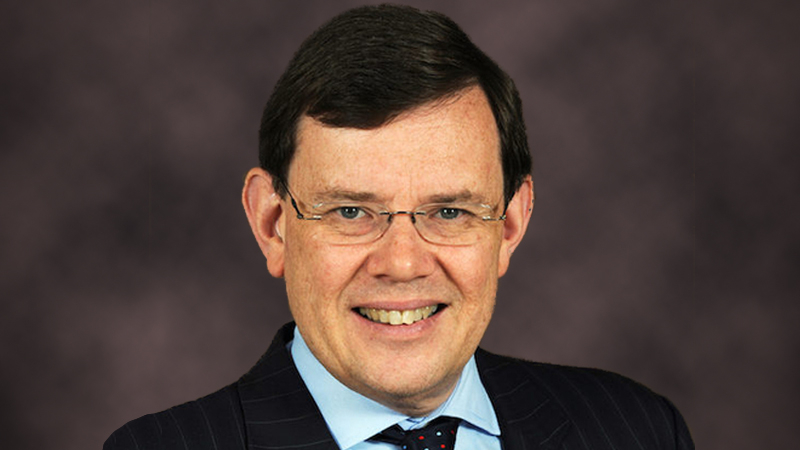 Henry Olsen is a Washington Post columnist and a senior fellow at the Ethics and Public Policy Center.

The stock market has been breathing a sigh of relief over Wednesday's "phase one" trade deal with China. They should take another breath, though, as this is simply a truce in a battle that will likely resume after November's election.

Both countries had ample reason to call a temporary halt to their struggle. Chinese growth has slowed significantly, to its lowest point in nearly 30 years. Automobile sales dropped by more than 8% last year, and that was on top of a 3% decline in 2018. President Donald Trump's threat to impose even more tariffs on Chinese imports in mid-December forecast even further problems for the export-dependent Chinese economy if they took place.

Trump had his own reasons to hit the pause button on the trade war. He's entering an election year, and the trade war had been hurting farmers and manufacturers dependent upon Chinese-produced raw materials. Calling a temporary halt gives those producers a chance to grow, which in turn can only help Trump's reelection effort.

The terms of the deal satisfy each side's short-term needs. China gets tariff relief, as the proposed new tariffs won't take effect as scheduled. China also got a reduction in the rates of tariffs already imposed on certain Chinese imports. The United States, meanwhile, gets Chinese promises to purchase up to $200 billion in U.S. goods above and beyond pre-trade-war levels. These promises are identified by economic sector and include agreements to buy more agricultural products, energy, services and manufactured goods. Both sides, then, get relief from the economic pressures the dispute had created.

But this deal does not resolve any of the issues underlying the dispute. China will still subsidize its industries and conduct practices tantamount to intellectual property theft. U.S. firms are deeply engaged, and in many cases dependent upon, exports to or imports from China. Indeed, Trump's insistence that China increase its purchases of U.S. products makes even more producers reliant on sales that are ultimately controlled or heavily influenced by the Chinese government. If those sales targets are met, this could give China more power in any future conflict as it will have more U.S. firms that will place pressure on Congress and the White House.

This makes the outcome of this year's presidential election extremely important for future U.S.-Chinese relations. Whoever wins will have to decide how to address these underlying issues, or even whether it is worth the price to address them at all.

If Trump is defeated, his successor may overlook these issues, producing a short-term gain but inflicting long-term pain on the United States. The Chinese Communist government shows no sign of reforming and becoming more Western in its orientation. It remains committed to a military buildup that threatens Asian democracies. It reacted to the landslide win of Taiwan's incumbent president, Tsai Ing-wen, an ardent opponent of China's claim to Taiwan, by doubling down on its position. It is increasingly obvious that China is building a techno-totalitarian state capable of suppressing internal dissent and imposing its will around the world. And it's doing it with U.S. money, U.S. intellectual property and access to U.S. markets.

A president who understands this would start the long and painful process of reducing U.S. support for the Chinese regime as quickly as practicable. This would inevitably entail reimposing tariffs, building alliances with other nations who are also threatened by Chinese power and providing alternate markets for U.S. producers who would inevitably be damaged by the shift in relations. The process would be painful for many Americans, but the alternative is to finance the rise of a power that our military would likely have to confront eventually.

China would, of course, try to prevent this from happening. It would use the carrots of increased corporate profits to split our alliance systems by wooing countries such as Germany and Britain toward continued or increased trading relationships. But if the United States remains steadfast, even a successful Chinese counter-offensive cannot offset the massive gains it gets from trade with the world's largest consumer economy. That in turn will inevitably slow Chinese growth, and every percentage point that growth slows delays the time when China can challenge the United States for global supremacy.

Wednesday's trade deal, then, is hopefully the calm before the coming storm. The alternative - a post-election return to the pre-Trump status quo - might prove tempting. But going down that path only delays the moment of reckoning until a hurricane comes out of the East, descending on an America unprepared for the tumult and damage to come.