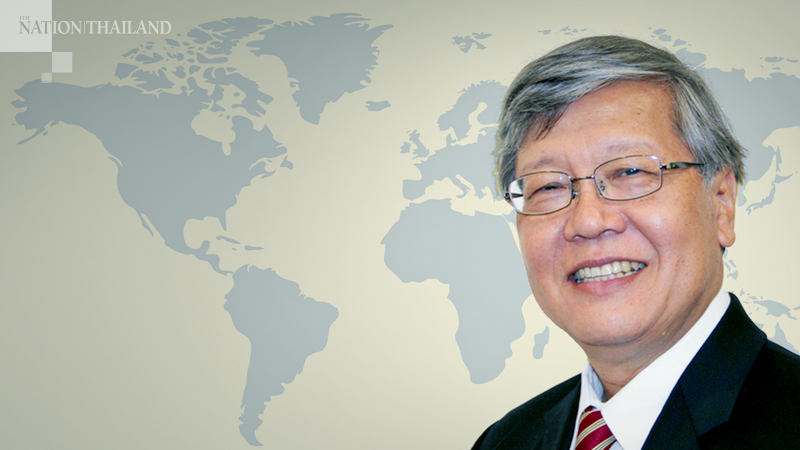 By Andrew Sheng
Special to The Nation

The neoliberal order, of which Hong Kong residents and many other Asians are believers, is founded on free markets and an important social contract that the state and the market will take care of the individual citizen. However, the coronavirus epidemic raises a fundamental question whether society can take care of the individual as promised under the social contract?

The term social contract stems from a book by the French revolutionary Jean-Jacques Rousseau (1712-1778), which argues that individuals enter into a contract with the state which promises to provide and protect his or her natural and legal rights. He differentiates between what he calls natural inequality and moral or political inequality. His famous opening phrase in Social Contract (1762), “man was born free, and everywhere he is in chains”, became the political battle-cry that eventually led to the French Revolution of 1776, but unfortunately he himself was guillotined in 1778.

When millions of people in China and abroad are confining themselves at home because of the coronavirus epidemic, they are taking time off the rat race and thinking about the real meaning of life.

But can the free market deal with such an epidemic when it calls for minimal government? And when there is huge disagreement over what to do in a panic, can a fully democratic government deal with new crises that are unprecedented in recent history?

The recent debate in the West whether democracy is failing stems from increasing disillusionment with what the neoliberal order promised and what was delivered. In Social Contract in the 21st Century, McKinsey Global Institute has just published an excellent survey on what has happened to workers, consumers and savers in 22 advanced economies covering 57 per cent of world GDP.

The neoliberal order preached free markets, individual freedom, human rights, rule of law and electoral democracy - essentially government of the people, by the people and for the people.

But what McKinsey found was that since the 1970s, despite more jobs were available to workers, consumers and savers in 22 OECD countries, their rights as employees were eroded with more job insecurity. They had insufficient pensions and health care on retirement, and savers did not have enough income. Although the average income had risen, the median (most people in the middle) were actually worse off.

Because the neoliberal ideology preached free market competition, union power weakened, more people were put on short-term contracts, and income insecurity rose significantly. At the same time, consumer protection worsened as “buyer beware” shifted responsibilities to consumers and investors who did not understand what risks they were taking or assuming. Furthermore, pension rights shifted from defined benefits to defined contributions, with risks on returns on pensions shifted from the employer to the employee. For example, one half of adult population in the study did not have enough savings for retirement, with one quarter having no savings at all.

Indeed, in the United States, probably the best off in terms of economic performance in OECD countries, 23 per cent of US households had zero or negative net worth, compared with 16 per cent in 2001. So when Oxfam announced that the world’s richest 1 per cent have more than twice as much wealth as 6.9 billion people, no wonder people feel that the system is rigged.

Inequality has become unjust and extreme. GDP has risen, but the people feel bad.

What can be done about this inequality?

McKinsey suggests two priorities for the next decades of the 21st century. First, sustain and expand the gains through technology, productivity and higher job and opportunity creation. Second, find solutions for the most adversely affected groups, such as low-skill, low-wage workers, women and minorities, under-developed regions and young people.

But this implies that the politics and the state would have the capacity to agree on taxing the rich, investing in the masses, and provide more protection for all. As the recent global cynicism has shown, that is a big IF.

The Industrial Revolution pushed the idea that science and technology promised new degrees of freedom and opportunity, democracy with knowledge for the masses (through the Internet) and more equal opportunities for all. As Hong Kong has shown, with all such knowledge available under the free market, if the collective system does not have the political will to tackle growing social inequality, and the bureaucracy does not know how to adapt to the changing context, then inequality grows in spite of good intentions.

Options in a crisis

There are three options during a crisis when you cannot estimate its outcome: fight, flight or unite.

Fighting between everyone will go nowhere because the common threat is existential and does not distinguish whether you are white, black, brown or yellow, rich or poor and your chances of survival is the same as the next guy. How can hospital staff deal with the medical crisis when some staff are on strike?

Flight seems pointless when there is panic over such fears that aggravate ignorance and prejudice, like the Chinese student in Sheffield being attacked for wearing a mask.

The only option forward in this existential crisis is to unite, cooperate and live to refresh the social contract. Even with the most efficient of governments, the speed and scale of pandemics, this and others to come, are outside their realm of knowledge and experience. This cannot be tackled by the state alone. It is a cooperative effort between all-for-all, because modern interconnected crises are many-to-many.

To face any crisis, what it takes is courage to admit that we as individuals may be wrong, we need to work with everyone, even people we don’t like, and work for the common good.

Man is a social being, which is why we contract socially, even though it may be COVID-19.

Views expressed here are entirely those of the author.