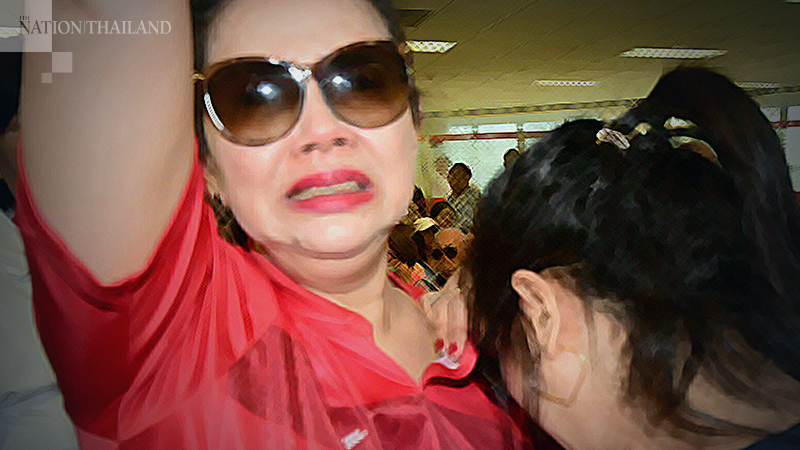 Shocked and defiant Future Forward Party supporters gather at the party headquarters as the Constitutional Court reads the verdict to disband the party on Friday.

The Nation Editorial: The verdict of the Constitutional Court to disband the Future Forward Party (FWP) and bar its executives from running in any election for 10 years has drawn heavy criticism from both the local and international communities.

Numerous local voters expressed their objections on social media platforms while the US Embassy in Bangkok warned that the verdict risked disenfranchising more than six million citizens who had voted for the FWP. The European Union in Brussels criticised the verdict as a setback for political pluralism.

Indeed, the severe flaw of the verdict is that the judges did not take into account the people’s right to participate in politics, or the right to freedom of expression and association.

People’s rights are a key part of a democratic landscape. The verdict has clearly deprived the rights of over six million voters who elected MPs of the FWP to represent them in Parliament. Plural political parties are also the cornerstone of democratic institutions that facilitate people to play their roles in their own community affairs. Dissolving a political party is an extreme action that could be interpreted as anti-democracy. Justifying its judgement, the court cited FWP leader Thanathorn Juanroongruangkit lending Bt191 million to the party as an illegitimate action because it was more like a donation, which is limited by law to not more than Bt10 million  per donor per annum. The court said that such a money transaction had the potential to damage the level playing field among political parties. The court’s reasons are questionable given the unclear definition on the scope of legitimate funding spelled out by the Organic Act on Political Parties and a practical circumstance that political parties need funding to carry out their political activities. It is obvious that the interpretation of the law by the Constitutional Court judges has gone too far in the wrong direction as to violate the rights of both FWP executives and millions of voters. In paying excessive attention to a minor infringement, the court completely glossed over the most important issue of people’s rights.

Had the judges taken into account an open political system, the verdict would have been different.

Looking at the whole political process, there were a series of actions by the military and its conservative allies that violated the rights of the people. It started with the 2014 coup, the controversial drafting of the 2017 Constitution, the organic laws, the creation of unelected senators who could choose the prime minister, murky MPs winning seats on a counting formula employed by the Election Commission (EC) and several actions taken by the EC singling out and applying double standards in dealing with the FWP, which campaigned on a platform of restoration of democracy and reforms in the military. Those controversial actions by authorities leading up to the Constitutional Court verdict has demonstrated that the charter court is just another limb of the authoritarian body that is ready to deprive the rights of the people.