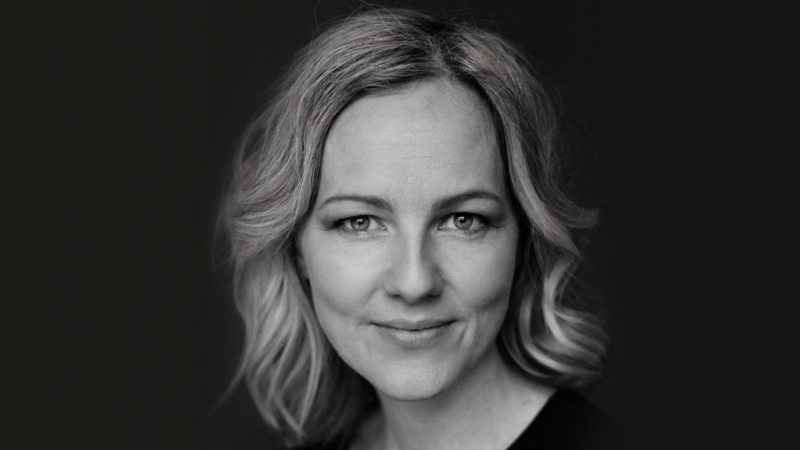 Ida Auken is a member of the Danish parliament and author of "Dansk," a book about Danish identity and values.

Once again, my country, Denmark, has come to play a role in an American presidential race. We Danes always feel very proud about that, yet at the same time we feel the urge to kindly put a few things straight.

It all started in 2015, when Bernie Sanders, in a Democratic primary debate with Hillary Clinton, responded to a question by Anderson Cooper about whether Americans would support a socialist for president.

"I think we should look to countries like Denmark, like Sweden and Norway, and learn from what they have accomplished for their working people," Sanders said. This led to our prime minister at the time asserting in a speech at Harvard University that Denmark, far from being a socialist economy, was in fact a market economy.

But Sanders has kept at it. "I think that countries like Denmark and Sweden do very well," he said at an event in Iowa last summer. "I think it depends on what we mean by socialism. If we mean socialism is what the old Soviet Union was, that's not my thing."

And now Pete Buttigieg has joined the conversation about what Denmark is or isn't. On Wednesday night, at a Democratic debate in the midst of the current race for the White House, Buttigieg brought up the perennial top-countries-to-live-in competition. "Last time I checked," he said, "the list of countries to live out the American Dream - in other words, to be born at the bottom and come out at the top - we're not even in the top 10. The number one place to live out the American Dream right now is Denmark."

It is true that Denmark is a country with low inequality, mostly due to a tax-based redistribution of wealth and a welfare state that delivers free health care and education for all. However, Denmark is not living out the American Dream the way Buttigieg describes it. James J. Heckman, a Nobel Prize-winning economist at the University of Chicago, has shown how Denmark scores low when it comes to creating social mobility that may elevate people from the bottom to the top of society. If your parents have no or little education, chances are high that you will end up at the same level yourself, even in Denmark.

Our country could do a much better job when it comes to social mobility. This is a challenge we happen to share with the United States, but it is also something that the new Danish social democratic government is addressing, together with the Social Liberal Party that I belong to. We have agreed to invest in early childhood development in our child-care institutions, especially from ages zero to 6, to try to improve social mobility.

For a Dane like me, the American Dream often looks like a merciless race to the top, in which everyone has to be the architect of their own fortune. This means that one climbs the societal ladder alone and often at the expense of others and of the community. The Danish Dream is for people to climb the ladder together. It's a slower process but considerably more robust and constructive. It is in this particular sense that I am happy we do not live out the American Dream in Denmark.

But back to Denmark being described as a socialist state - and even sometimes compared to countries such as Venezuela. In Wednesday's debate, after fellow candidate Mike Bloomberg suggested that Sanders was advocating communism, Sanders said: "Let's talk about democratic socialism. Not communism ... let's talk about what goes on in countries like Denmark, where Pete correctly pointed out they have a much higher quality of life in many respects than we do."

This description, again, is not entirely on the mark, since we don't consider our country to be socialist. We are social democrats with a touch of liberalism.

Danes in general see nothing wrong with being successful and earning a lot of money. A little more than 5 percent of the country's population is made up of millionaires, slightly less than the millionaire population in the United States, which is just under 8 percent. However, we insist that this cannot be at the expense of others, and the highest incomes and fortunes are relatively taxed the most: The richest 10 percent pay almost a third of the total tax. We have minimized poverty and reduced huge inequalities. Yet our focus is not to burden or constrain the strongest. Rather, it is to empower everyone in our society. This way, we try to help those at the bottom reach the ladder, too, and get a grip on it.

The key to our success lies in our free school system and, more broadly, in our educational philosophy. Here, children are encouraged to ask questions, think for themselves and speak their own minds. Social cohesion is another factor: We still strive to meet each other and create a sense of community across economic and geographical divides. Denmark does have problems with the integration of minorities, particularly from some Muslim countries, and therefore we struggle with various ethnic and religious divides that can't be reduced to economic issues. Here we, too, must learn to address these matters realistically and pragmatically.

If Americans want to learn a thing or two from Denmark, it would be to avoid deep social and economic divisions and strive for a society where everyone has a chance for a good and meaningful life - even if they do not reach the top of society. The top, as we all know, can be a rather lonely spot.

I would modestly suggest that you begin talking to one another other across political, economic and geographical differences. Give everybody a real chance, and teach all children that they are worth something. I would also suggest a more collective sharing of expenses. It is often the less expensive solution. In Denmark, where health care is free for all, we spend 7 percent of GDP on it - the United States spends 16.9 percent, according to data from the Organization for Economic Cooperation and Development. Even if we are not real socialists, on this point, Bernie Sanders is right.