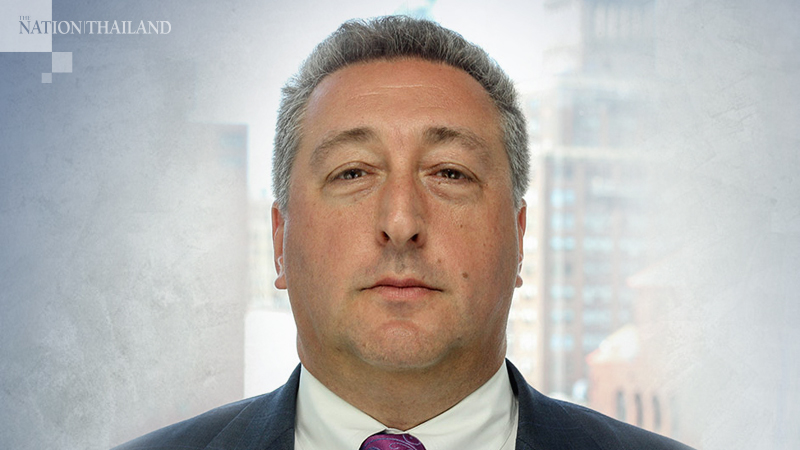 Ritholtz is chief investment officer of Ritholtz Wealth Management. He is the author of “Bailout Nation” and runs a finance blog, the Big Picture.

Anyone paying attention to finance, markets and the economy doesn't have to look very hard to find complaints that we are on the cusp of a bubble of one type or another.

Perhaps the area most often targeted by the bubble believers is tech. I was curious about just how widespread this belief is: "Tech bubble" has doubled on Google Trends this year alone; Google News generates more than 3.6 million hits for the phrase.

So let's turn to the pro-bubble argument: It has been a decade since the financial crisis and two decades since the dot-com implosion. That's enough time for people to have forgotten the trauma of that disaster. Since the Great Recession ended, there has been too much capital sloshing around, leading to excessive tech valuations. And not just in public equities, but in private markets, too. Unicorns and other SoftBank Vision Fund debacles have imploded, an early warning sign for publicly traded companies, the argument goes.

Central banks have made the bubble worse, providing cheap capital that has artificially inflated profits. The bubble advocates also urge us not to overlook the impact of these low borrowing costs on the surge in share buybacks; reducing the total amount of a public company's shares outstanding has the effect of making earnings per share look better.

Then there are the anecdotes: Tesla's stock has more than doubled in the past three months, and the company now has a market value of more than $165 billion -- higher than Volkswagen, General Motors and Ford combined. This is to say nothing of the companies valued at more than $1 trillion, such as Apple, Microsoft, Amazon and Google parent Alphabet. But let's also be generous and acknowledge that some things do look overvalued, whether it's bitcoin (maybe), WeWork (obviously) or Tesla (I'm not getting in the middle of that one).

But here's the thing: None of that is proof of a stock-market bubble. Let's look at some themes and issues to demonstrate why this is so:

- Business models. In the 1990s, the internet captivated the collective imagination of investors, too many of whom indiscriminately threw cash at anything with dot-com attached to it. The 2000 collapse taught investors that it took more than a high-concept idea to make a stock worth buying: growth and future cash flow matter a lot, too. The collapse of WeWork's initial public offering last year brought this home once again. Investors realized that renting out office space short term while locking the company into long-term, expensive real-estate leases was a terrible business model. Public investors grasped this flaw -- something private investors seemingly failed to understand -- and the market worked the way it's supposed to.

- Revenue and earnings. Unlike the dot-coms of the '90, today's tech businesses are gigantic cash machines. Apple posted fourth-quarter revenue of $91.8 billion and net income of $22.2 billion. Without much fanfare, Microsoft's revenue grew 14% in the latest quarter, to $36.9 billion, while net income surged 38% to $11.6 billion. Alphabet, Amazon, Facebook all continue to mint revenues and profits. These companies also have accumulated hundreds of billions of dollars in cash. This is not the profitless tech boom of the 1990s.

- Sentiment. Maybe there is some excessive optimism. But that isn't the same as the full-blown delusion that bubbles produce. Talk of bubbles is offset by chatter about recession: Remember that less a year ago investors were anticipating a downturn and in the fourth quarter of 2018 major market indexes fell 20%, meeting the normal definition of a bear market, however brief. Meanwhile, the American Association of Individual Investors Bullish Readings index is 40.6, which is just a hair above the average reading of 39.5 for the past 25 years.

- Performance. Broad market performance is robust, but not crazy. Last's year's 31% gain in the S&P 500 is misleading: most of that simply reflected the rebound from the 2018 fourth-quarter tumble cited above.

Now compare those figures with the five years before the market peaked in March 2000: The Nasdaq generated annual returns of 60% and a five-year total return of 946% during that period, while the S&P 500 gained 25% annually and 211% for the five years. This is obvious, right?

Sure, there are pockets of excessive optimism and foolishness in markets. There always are. But there also are lots of companies that are not participating in this bull-market rally. Those who were around in the 1990s know what a real bubble looks like: This isn't it.

This column does not necessarily reflect the opinion of Bloomberg LP and its owners. Barry Ritholtz is a Bloomberg Opinion columnist. He is chairman and chief investment officer of Ritholtz Wealth Management, and was previously chief market strategist at Maxim Group. He is the author of "Bailout Nation."