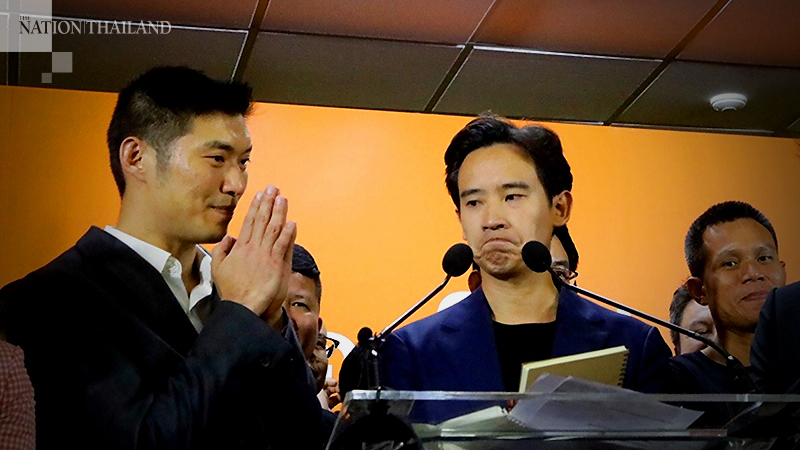 The leader of the now-defunct Future Forward Party, Thanathorn Juangroongruangkit, said he hoped that the party’s 65 members of Parliament would join a new party led by his successor Pita Limjaroenrat.

However, things don’t appear to be going as per his plan as several MPs are reportedly in the process of joining other parties. Nine Future Forward MPs are reportedly joining Bhumjaithai Party, which is a part of the ruling coalition, and 10 MPs are approaching Thai Local Power Party. There was also a report that another 10 MPs are planning to join the government side, Kon Thai columnist said.

Recently, Future Forward had claimed those MPs were offered huge amounts of money to lure them to join the government side.

One Future Forward MP released a recorded telephone talk with a politician who was trying to use money to “buy” MPs. However, sources said unless she files an official complaint, it would only seem like a false accusation.