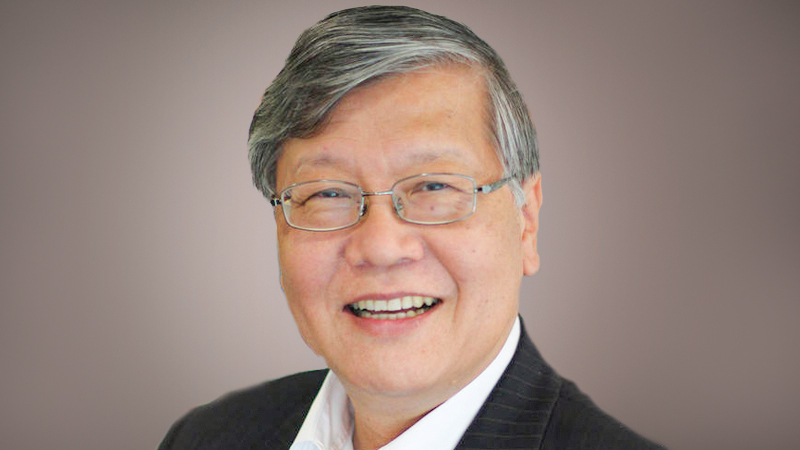 With the coronavirus outbreak spreading faster around the world than within China, there is a feeling globally that “things are seriously not okay”.

Things are not going well because we have moved from a Unipolar order to a Multi-polar order through a phase of disorder, if not outright chaos.  With everyone daily bombarded by unpredicted man-made and natural disasters, laced with fake news, small wonder that there is a serious trust deficit going on.

The nation-state was created because human beings joined together to form collective support against common and unpredictable threats.  Individuals put trust in others on the assumption that someone will take care of their known and unknown risks.  Trust takes the form of private or social contracts.   The Austrian economist Schumpeter understood that the entrepreneur wins when he uses his own capital to take care of residue risks of the company’s customers and stakeholders.    When states fail the public trust, they end up with social protests, civil war or a wider conflict that involve other states, amply demonstrated today in Syria.

Elsewhere, whenever social capital fragments, trust is reduced to either trusting no one, or only in groups with family, ethnic or religious ties.  Some protest, others vote for change, whilst many vote with their feet, migrating or simply running away.

The Edelman Trust Barometer 2020, which surveyed 34,000 people online in 28 countries over 20 years, reported that there has been a turning point.  In the past, growth has engendered trust, but growing inequality has undermined trust in institutions.  Such trust is eroded because 83% of those surveyed worried about job loss, 76% worry about fake news, and 56% believe that capitalism in its current form is doing more harm than good.

Three recent examples show how divided people across the world are on the role of governments and politicians in solving their problems.  In the United States, the Pew Research Center found that “only 17% of Americans today say they can trust the government in Washington to do what is right “just about always” (3%) or “most of the time” (14%).”   At the time of President Johnson, trusting Washington was 77%.  The US 2020 Presidential elections will determine whether the US voters trust a President-led government more than whether it should be constitution-bound with strong checks and balances.

The Chinese government has taken unprecedented action to tackle the coronavirus disease from spreading, including the lockdown of more than half the population confined to their homes.  That this could happen without panic or protest, even while those at home could rely on continued supply of electricity, food and water, as well as uninterrupted telecommunications, speaks volumes about the Chinese trust in social order.   The Edelman Trust Barometer 2020 found that China has the highest trust amongst the general population, with an index of 82, compared with 47 in the US and 30 in Russia.  In Hong Kong, the index was 50, 5 points down from 2019.

In Malaysia, a week of amazing political shifts resulted in Prime Minister Tun Dr. Mahathir Mohamad resigning and being re-appointed as interim Prime Minister.  The Edelman Trust Barometer for Malaysia has risen from 47 percent in 2017, measured before the May 2018 general elections which returned Dr. Mahathir to power, to 58 percent in 2020.   Recent political squabbling has been about the pace of succession and whether Malaysia is heading towards a race and religion-based political structure, rather than a multi-racial “Malaysian Malaysia.”    Because the parties are deeply divided on these issues, it looks as if trust in Malaysian leadership can only be resolved at the next general elections.

As Edelman correctly pointed out, “Trust today is granted on two distinct attributes: competence (delivering on promises) and ethical behavior (doing the right thing and working to improve society).  It is no longer only a matter of what you do – it’s also how you do it.”

Electoral democracy promises a lot, but has serious difficulties in delivering on the promises because the world itself has become much more complex.

This is where the America First policy has changed the game.  The old unipolar order was buttressed by a set of multilateral international institutions that created global public goods, such as the United Nations, WHO, Food and Agriculture Organization (FAO) that help safeguard health, food and global security.   But as rich countries got hurt by the global financial crisis and their debt ballooned, there is less and less generosity in contributing to global public goods.

Thus, as global excess consumption created more carbon emissions and therefore global warming, the world is going through a phase of increasing social losses from natural disasters, compounded by man-made factors such as corruption, capture and incompetence.

Businesses used to be all about management by objectives.  Today’s global governance seems to be “management by accidents”, dealing with each event too little too late, because they are outside the bureaucratic imagination.   Some of these, such as growing social inequality and that a large proportion of the population are living precariously at the edge of poverty, could and should be prevented in an age of plenty.

One thing is clear.  “Business as usual” no longer works.  Managing or governing in abnormal times require better ways of listening, such as social feedback on what is happening on the ground with the COVID-19 epidemic.  No manual has prepared any country for this level of transmission at such a global scale.

On a positive note, out of all this turmoil will be found big losers or big winners.  Those who are able to engender trust, either individually, by corporation or state, will be the biggest winner when the dust settles.  The world has too many leaders and not enough statesmen.    Those who can rise above individual or factional interest will be the real winners in this age of confusion.

Andrew Sheng is Adjunct Professor at Tsinghua University, Beijing and University of Malaya.  He was formerly the Chairman of the Securities and Futures Commission, Hong Kong. The views expressed are entirely those of the author.