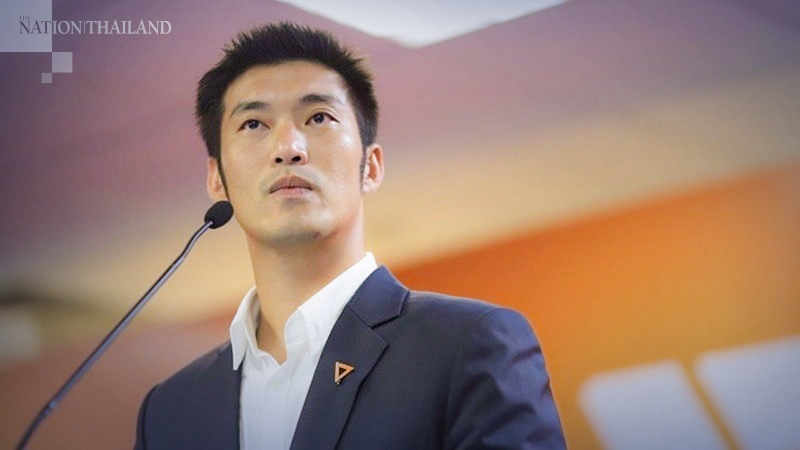 By Khon Thai
Special to The Nation

Thanathorn Juangroongruangkit, the former leader of the dissolved Future Forward Party (FWP), is facing more charges after the Constitutional Court ruled that his loans of Bt191.2 million to the party were a violation of the law, resulting in the party being dissolved and 10 FWP executives being banned from future elections and forming a new party for 10 years.

The Election Commission (EC) is seeking the filing of more charges against Thanathorn, including two criminal cases involving his alleged shareholding in V-Luck media and a loan extension.

The EC stated on March 3 that Thanathorn’s shareholding in V-Luck media violated Section 151 of the election law, which stipulates that a person who was knowingly not qualified will be fined Bt20,000 to Bt200,000 or face one to 10 years of imprisonment if he applied to become a member of Parliament. Although Thanathorn denied the allegation, the verdict of the charter court can be used by the EC to file criminal charges against him.

Furthermore, Section 66 of 2017 Organic Law on Political Parties limits the amount of money that can be collected in donations to Bt10 million. This means that Thanathorn is facing both criminal and civil charges for violating Section 66. While the criminal charge has a penalty of imprisonment for up to five years, a fine of up to Bt100,000 or both for the donor, the civil charge could result in money in excess of Bt10 million, or equal to Bt181 million in FWP’s case, being seized and deposited in the Political Party Development Fund.

If Thanathorn and 10 FWP executives decide to continue their political movement or take part in founding a new political party, they risk facing a penalty for violating the Constitutional Court order.

Thanathorn faces an uphill battle but they are only a result of his violation of the established rules and regulations. Thanathorn must have known those rules before entering the world of politics. If he has broken the rules, then the consequences of his actions must be faced by him. His situation cannot be blamed on just bullying by others.

This is an article by ‘Khon Thai’ columnist, published in Krungthep Turakij newspaper on March 5, 2020.