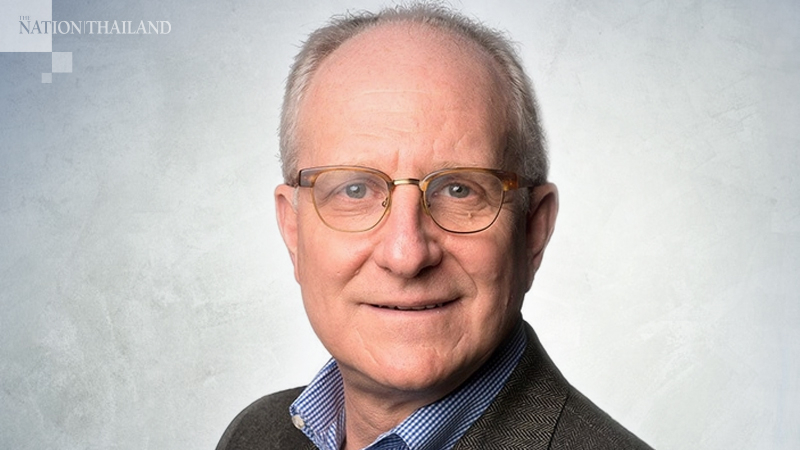 Steven Pearlstein, a Washington Post economics columnist and the Robinson professor of public affairs at George Mason University, is the author of “Can American Capitalism Survive?”

This is what panic selling looks like. When everyone wants to sell and almost nobody wants to buy, prices suddenly stop having much to do with the underlying value of whatever it is that is being traded. As the expression goes on Wall Street, nobody wants to try to catch a falling knife.

But it's even worse than that when most of these stocks, bonds and derivatives have been purchased with borrowed money. The wiseguys who now dominate the daily trading on Wall Street - the hedge funds and private equity funds - typically put down $1 or $2 of their own and their investors' money for every $10 worth of the securities they purchase.

What that means is that when prices for these securities fall 10% or 20%, the bank or hedge fund or private equity firm that lent the money for the original trade, or took the other side of the derivative contract, has the right to demand additional cash. The only way to get that cash is to sell something. And in that way, selling begets more selling.

Ultimately, all of these pieces of paper that are furiously being traded on financial markets are tied to some company or some household in the real economy. And that is where you run into the second problem. For it turns out that those companies and households also hold record amounts of debt, which makes them sensitive to any reduction in their sales or profits or normal income flows. So even the prospect of an economic slowdown causes them to save more and spend and invest less. While that is perfectly rational behavior on the part of any business or household, when everyone does it at the same time, it becomes something of a self-fulfilling prophecy, turning what might have been a modest slowdown in the economy into a full-blown recession.

And who is responsible for this record level of debt in financial markets, and record level of debt in the real economy? That's simple: the Federal Reserve and other central banks around the world that pumped trillions of dollars in freshly printed money into the financial system in the years following the 2008 financial crash to pull the global economy out of a deep recession. They did that by buying up government bonds, mortgage-backed securities and, in some places, common stock, in the process artificially propping up the prices of those assets even as they drove down interest rates. While this unprecedented "quantitative easing" probably saved the world from another Great Depression, the central banks never quite got around to sopping up all that money when the crisis had passed, as they originally promised. For to do so would have run the risk of angering investors and politicians by disrupting what became the longest bull market in recent memory.

Instead, they took the easy political course and allowed all that excess liquidity to be used by banks, hedge funds, private equity funds, companies and households to inflate a new round of financial and economic bubbles. And now that a real-world shock to the economy and the financial system has hit in the form of the novel coronavirus, what might have become a short but significant market downturn looks to be turning into a full-blown financial rout.

At this point, governments will once again have no choice but to step in to rescue the global economy. As unfair as it may seem, the greater unfairness would be to let billions of innocent people lose their jobs and their savings.

As a first step, the Fed and other central banks will have to prevent the financial system from freezing up by opening its credit windows to any bank or financial institution in need of short-term cash. The New York Fed already took such a step Monday morning by increasing the amount of money it will make available to an already-strained "repo" market. And you can bet that in the coming days, the Fed will follow up by making even more credit available to financial market participants - lowering short-term interest rates, widening the circle of institutions that are able to borrow from its "discount" window and accepting as collateral those loans stocks and bonds and other securities that nobody is willing to buy.

In times like this, the Fed and other central bankers would normally be buying bonds, not selling them, to lower interest rates and increase the amount of liquidity in the financial system. But these are not normal times. Global investors are desperate to sell their risky assets while buying safe ones - bonds issued by economically stable countries. Yet trillions of dollars of those safe assets are now sitting in the vaults of central banks like the Fed. So even as the Fed opens the spigots on short-term lending, it should begin selling its huge pile of longer-term Treasury bonds and mortgage securities. At this point, there is nothing economically "stimulative" about a 10-year Treasury yield of half a percentage point, or even worse, a negative interest rate. And in a market characterized by panic selling, lower bond rates will do nothing to encourage investors to hold on to their riskier assets - if anything, they will only add to the sense of panic. The right strategy for the Fed is to try to stabilize markets by buying short and selling long.

Governments can also help to stabilize markets by announcing their intention to borrow and spend whatever it takes to tide over households and nonfinancial businesses dealing with short-term cash flow problems as a result of the spreading coronavirus outbreak. If governments can now borrow at rates of less than 1%, there is no reason they cannot share the benefits with households and companies that can be expected to quickly recover when the outbreak has eased.

Expanding unemployment insurance and no-interest loans to otherwise solvent small businesses are obvious examples. Bank regulators could also make clear that lenders should feel free to offer forbearance to businesses and households whose sales and incomes have been temporarily interrupted.

At the same time, governments should take advantage of the steep drop in oil prices to add to their oil and gas reserves, and lock in today's low prices by buying long-term supply contracts. The mere announcement of such initiatives will immediately slow the decline in commodity prices and the share prices of companies in the energy business.

The Federal Reserve could also help to stabilize currency values around the world by expanding its "swap lines" with other central banks - in effect, allowing foreign countries to temporarily exchange their unwanted currencies for freshly printed dollars.

What's important to keep in mind is that there are three things going on right now, each of which requires slightly different strategies and treatments.

First, there is the sharp but presumably brief global recession that will result from the novel coronavirus, requiring short-term stimulus in the form of government spending.

Second, there is the usual financial panic that accompanies any dramatic change in the economic outlook, which is as much a psychological phenomenon as an economic one. It requires central banks to make available large amounts of short-term liquidity even as they sell off their inventories of safe long-term bonds.

And third, there is the huge and long-overdue correction in asset prices - stocks, bonds, real estate primarily - after a decade of cheap and easy credit. In providing short-term liquidity to financial markets, central banks have to take care not to try to reflate these bubbles and allow prices to fall, debts to default, risk to be re-priced and unsustainable companies to be shuttered.

The aim is not to prevent this painful process from unfolding, but to ensure that it unfolds in as orderly a fashion as possible.