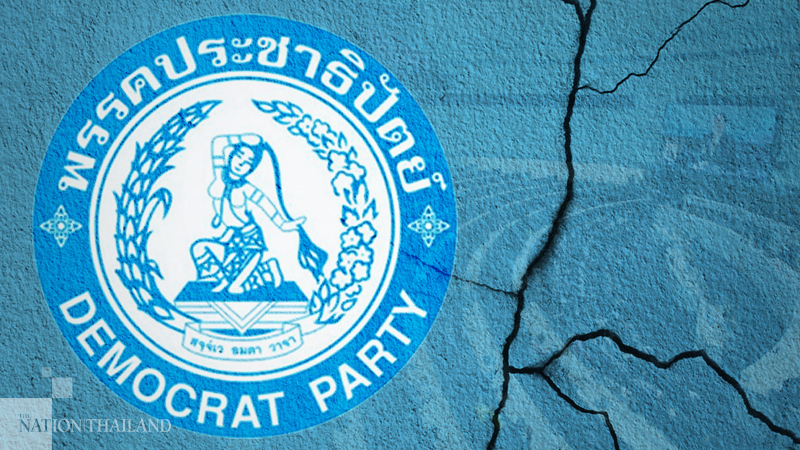 By Khon Thai
Special to The Nation

The political temperature in Thailand rose this week when some members of the Democrat Party urged the party to withdraw from government coalition headed by Prime Minister General Prayut Chan-o-cha.

They said they did not want to "row the boat for the bandit", referring to the government’s numerous alleged scandals, and poor administration amid the nation’s concern over the Covid-19 outbreak and economic recession.

It is no secret that the idea has come from MPs and former MPs whose allegiance lies with former Democrat leader Abhisit Vejjajiva, who led the party to a major defeat in the March 2019 election.

Abhisit’s outright declaration of "never join with Prayut" left the party with only 51 seats in the House of Representatives. The party’s decision by a majority of votes to join Prayut’s ruling coalition prompted him to resign as party leader and MP, but he still maintains influence over up to 17 Democrat MPs.

The current leader, Deputy PM and Minister of Commerce Jurin Laksanawisit, who has always been a supporter of Prayut, is not happy with these MPs who have caused a row within his party, and possibly want to remove him as the leader and put Abhisit on top again.

This is not the first time Abhisit and his followers have tried to overthrow the current party leader. In 2003 Abhisit lost the vote to become party leader to Banyat Bantadtan. He and his loyalists tried to oust Banyat the next year but failed. This internal row within the Democrat Party will be another attempt by Abhisit loyalists just like 16 years ago. Or is it the party’s ideology to withdraw from a government coalition when the administration is caught in scandals? In 1990, the party cut ties with the Chatchai Choonhavan government and their infamous “buffet cabinet", referring to their "take-what-you-like" mentality that led to rampant corruption and the 1991 coup d’etat.

If the problem is alleged corruption in Prayut’s government, Democrat MPs must pinpoint where it originated in order to make their motion pass the party’s vote. However, if they cite corruption in the hoarding of sanitary face masks amid the Covid-19 outbreak as the reason to quit the coalition, then the blame should fall on the Ministry of Commerce which is responsible for the transparent distribution of face masks. This blame will eventually come back to bite party leader Jurin, who is the Commerce minister, and it might portray the party in the eyes of the public as abandoning their duty while competing for power among themselves.

This is definitely a tough decision that the Democrat Party has to make.

This is an article by ‘Khon Thai’ columnist, published in Krungthep Turakij newspaper on March 12, 2020.